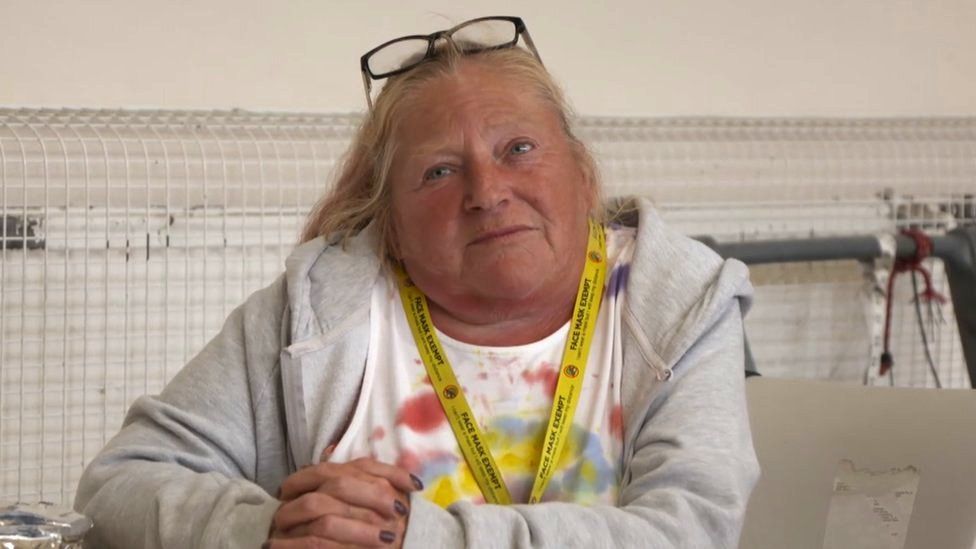 'Give us money and we’ll tackle the climate crisis'

Lynn Cassidy lives in one of the most deprived parts of Glasgow. She either walks or catches the bus to get to work, and laughs at the thought of buying an electric car.

"You'd have to win the lottery," she says.

"It's nonsense. You need money to buy this sort of stuff."

I met Lynn and her friends at St Paul's Church in Provanmill, and asked them how they would solve the climate crisis.

The women have lived in the area - ranked in the city's most deprived 5%, according to the Scottish Index of Multiple Deprivation (SIMD) - for decades.

In recent years they have noticed strangely hot weather and heavier rainfall, which they say "isn't normal" and makes it harder to walk to work.

That's what climate change means to them.

And they say the solutions to tackling the crisis should be community-focussed, not rooted in buying expensive stuff. 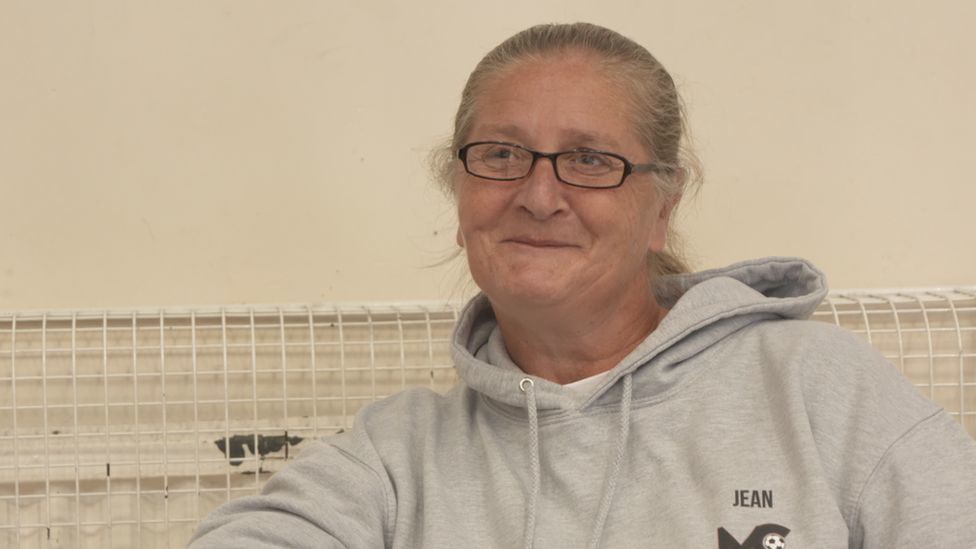 "I would like to increase the buses, but low-emission buses," says Jean, who works in a bakery.

"Grow more trees to try to draw in the pollution to make the air cleaner for people to breathe. That's what I would do with the money."

This type of community-focused action is being researched by scholars like Fraser Stewart, from Strathclyde University in Glasgow.

He's an unexpected academic. He was asked to leave school early and ended up living through spells of unemployment. 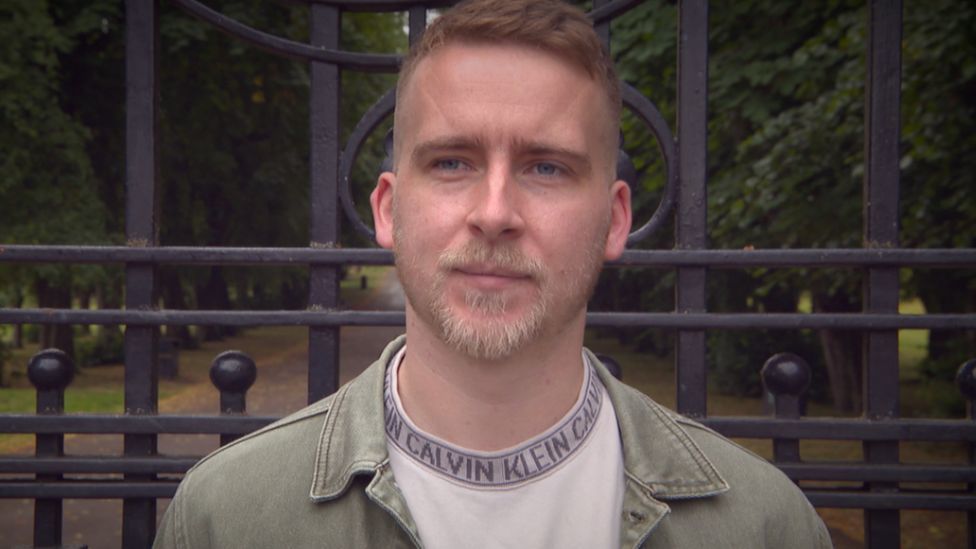 "Energy bills were always a problem. Inevitably, as soon as you stepped in the shower and put shampoo in your hair, the credit would run out and stop the water."

His roots guide his research. He's investigating renewable energy and the ways it can be brought into areas facing similar socio-economic issues to those he encountered growing up.

"We're at this formative moment in human history," he says. "We're having to redesign housing, transport, energy to combat the climate emergency.

"Why not reimagine those things in a way that works directly for people to tackle poverty, to tackle inequality?

"We can bring down energy bills for people and make their houses warm or cheaper to heat." 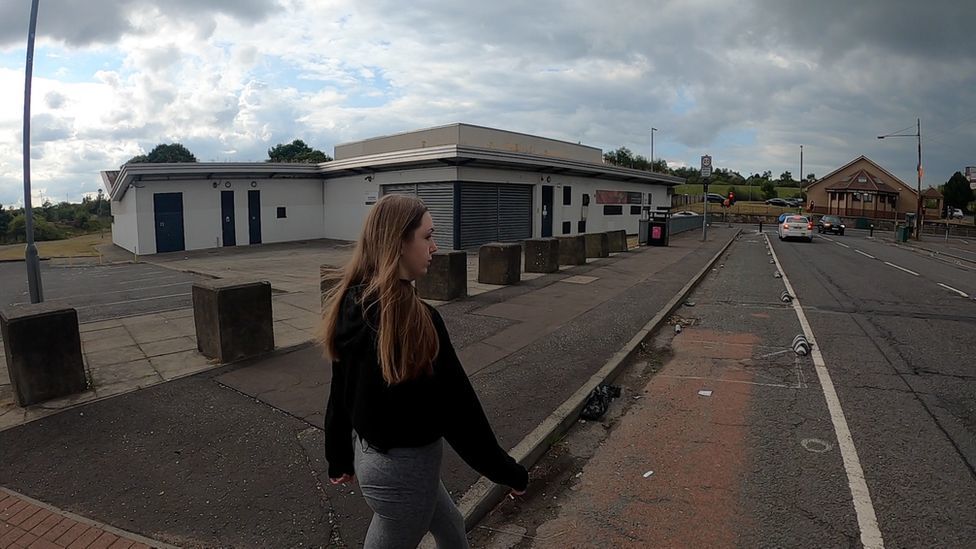 He says that everyone needs to be involved in tackling the climate crisis, not just the already concerned wealthier classes.

Some of us will feel the climate crisis more sharply - and the politicians know it. A spokesperson from the Scottish government told me that the impacts of climate change will not be felt equally.

In response to the record heatwaves recorded by the UK's Met Office, the British Red Cross issued a warning that people are unprepared, and that heat-related deaths in the UK could triple to about 7,000 annually in the next 30 years.

People who are economically or socially marginalised, including on low incomes, are among those cited as being more vulnerable.

Why? Because you may struggle to afford transport, bills, and may be less likely to access timely healthcare.

And the unlevel playing field doesn't stop there.

Surface-water flooding caused by rainfall can happen everywhere, and it is the largest single source of flood risk in Scotland.

In the greater Glasgow area, where global leaders are soon to meet for historic climate crisis talks, new data from Climate Ready Clyde suggests that about 140,000 people from more deprived communities may face heat hazards and flooding. In other words, more than a quarter of the people living in areas of high deprivation may face these challenges.

"It's us who are going to suffer, it's people in deprived communities," says 23-year-old Jamie-Lee McGurk. 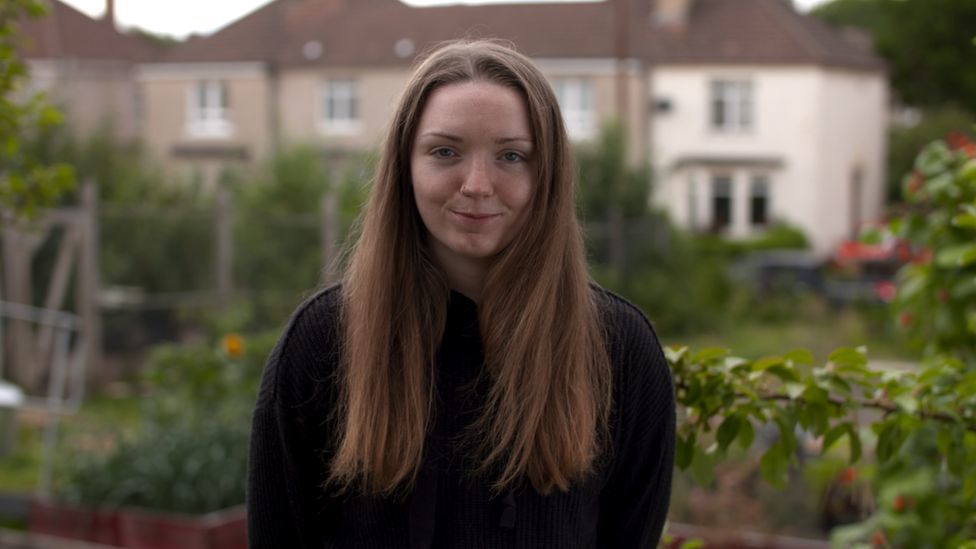 "If you're from a middle-class or an upper-class family, you've got the money to just get out.

Jamie-Lee is from "a very working-class family" and learned about the climate crisis while studying for a business qualification after leaving school.

For her, educating people by making it relevant to their lives and budget is crucial.

"We can definitely help each other. We have great community spirit but then I feel like there should be more done by the government and more done by the retailers to create the greener, healthier, less expensive options.

"It can't just be down to the people themselves. Something that's cleaner and greener and better for the environment - not everyone can afford that, because that's usually more expensive."

Studies suggest that wealthier people are more likely to pollute and waste by the very nature of having more disposable income.

Oxfam and the Stockholm Environment Institute recently analysed the carbon emissions of income groups in the UK. They found that those in the wealthiest 10% have a carbon footprint that is more than double the national average - and four times that of someone in the poorest 50%.

This disconnect is part of the focus of research by Dr Karen Bell from the University of the West of England, who lives on a Bristol council estate.

She has just presented her findings on a fair climate mitigation policy to the UK government. It is based on working-class people's views.

"If they don't bring working class people into the conversation, then really, they're not going to come up with effective policies. People are going to resist them," she says.

Dr Bell also has concerns around who will lose out as we move away from fossil fuels into green energy.

These issues aren't new to politicians who have been promoting schemes such as the UK government's Green Jobs Taskforce and the Scottish government's Just Transition Commission.

The Scottish government also says it is investing £114m this year in energy efficiency measures for fuel-poor households to cut emissions and household bills, and supporting activities to promote conversations about climate change in deprived communities. 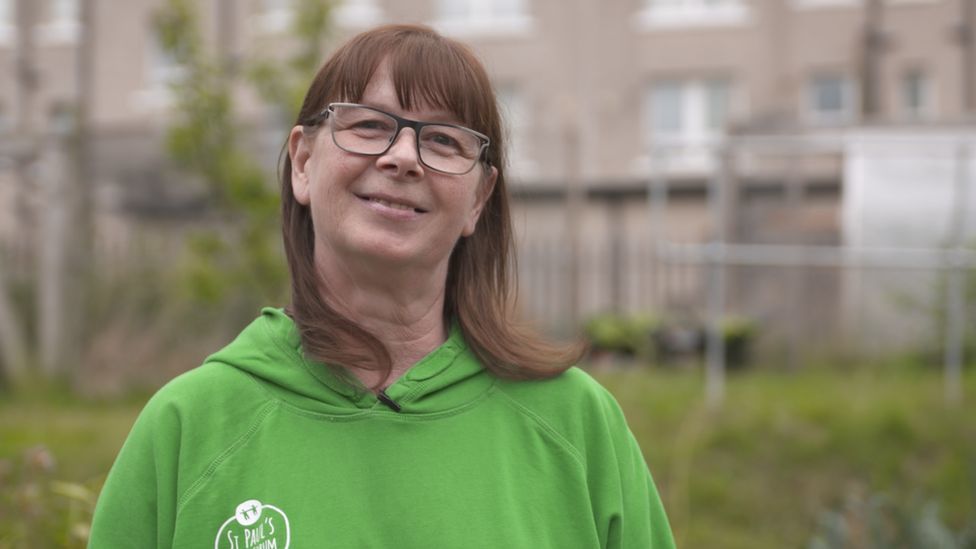 Carol Gibson, a nurse, is one of the volunteers who is helping out in a garden which has been established behind St Paul's Church in Provanmill.

It's a grassroots solution where people can learn new skills. Vegetables grow and fresh eggs are collected next to council houses.

"Everything's fresh here. You're not getting all that environmental waste, nor all that packaging," says Carol.

"I think everybody needs a green space just basically for our existence."

Carol says she was lucky growing up because her parents were both working.

"But there were a lot of hand-me-downs, and nothing was wasted in our house.

"My parents, they were environmentalists and they didn't know it. So we need to go back to the values of making things last."