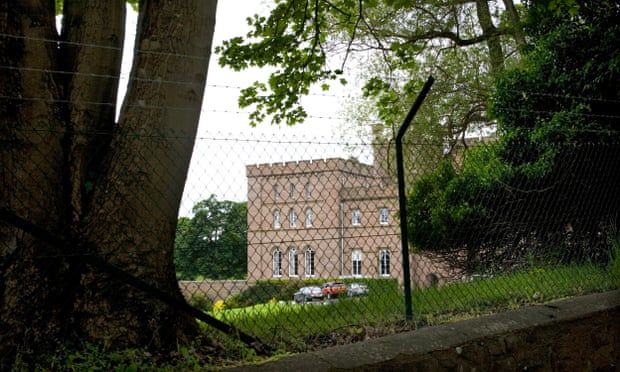 Four fights in the long Scottish battle for right to roam

In 2006, the Stagecoach founder Ann Gloag won the right to exclude a large area of grounds around Kinfauns castle, her home and estate in Perthshire, from Scotland’s wide-ranging right-to-roam law. In a significant test case for the Land Reform (Scotland) Act 2007, a sheriff ruled that about 12 acres was exempt as it was private garden, including four acres of woodland that had been contested by the Ramblers and Perth and Kinross council.

In 2018, a Highland estate owned by a company based in Liechtenstein, lost a five-year legal battle with Loch Lomond and the Trossachs national park over access to a popular mountain, Ben Venue, near Aberfoyle. The estate, Drumlean, had locked three gates and had erected a sign warning walkers of wild boar. A sheriff originally found in Drumlean’s favour but appeal judges ruled the estate was bound by the Land Reform (Scotland) Act 2003 and allowed public access.

Hill-walkers, mountaineers and kayakers have been involved in a long-running dispute with north Chesthill estate in Glen Lyon, Perthshire, over access to its four Munros (mountains over 3,000ft) and rivers. The estate, covering 6,500 acres, argues these activities interfere with its deer-stalking operations. It says it will help walkers who call in advance but has locked gates, barred camping and erected keep-out signs. Ramblers Scotland argues almost every other shooting estate manages to allow access and has urged Perth and Kinross council to take legal action to secure it.

The Mansons, a couple living on the outskirts of Penicuik, south of Edinburgh, erected an 8ft-high locked gate across a footpath near their bungalow that led to Penicuik country estate. They claimed public use and antisocial behaviour had disturbed their family and undermined their privacy in breach of their human rights. Midlothian council ordered the couple to unlock the gate and in 2018, a sheriff agreed with the council and said the gate should remain unlocked.