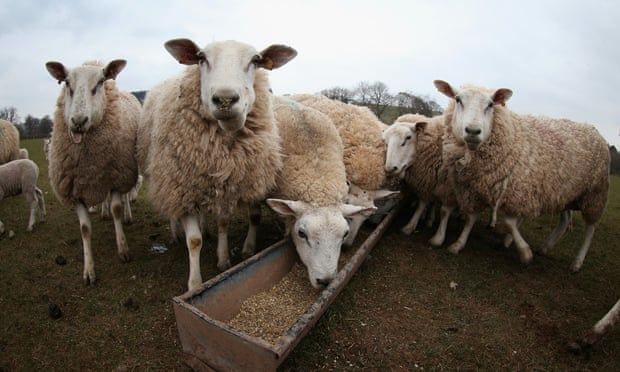 The National Farmers’ Union (NFU) assembled agricultural leaders from all four devolved nations on Tuesday afternoon to voice their concerns amid reports of a split in the cabinet over whether to approve a wide-ranging free trade deal with Australia.

The trade secretary, Liz Truss, is racing to conclude negotiations ahead of the G7 summit, which the UK is hosting in Cornwall in June. The Australian deal is considered crucial, as it would mark the first free trade agreement negotiated since Brexit that was not a rollover of existing agreements with EU trade partners.

UK farmers fear soaring imports of cheaply produced Australian beef, lamb and sugar, which they say would drive down the price of food produced to a higher standard, and at a higher cost, in Britain. They are warning of implications for animal welfare and environmental standards. Sheep and beef farmers in more remote parts of Scotland and Wales are considered most at risk.

“I cannot the state the damage that I feel it would do,” said Minette Batters, president of the NFU, describing beef, lamb – and sugar – as “sensitive areas of trade”.

Launching the negotiations last year, the government published a mandate in which it said the UK remained “committed to upholding our high health, environmental, labour, food safety and animal welfare standards”.

“The conversations I have with the US, with the New Zealanders, with the Canadians, they would definitely be looking for the same,” said Batters. “If we give away our negotiating capital to Australia, which is the second-largest exporter of beef in the world, second to Brazil, the others would most definitely want it.”

The UK exported food and drink products worth £425m to Australia in 2020, while importing £384m worth of Australian food and drink, according to analysis of HMRC figures by the Food and Drink Federation (FDF). Wine accounted for the lion’s share of imports from Australia, worth £280m, with lamb and mutton imports worth £46m in second place.

Any increase in lamb imports would have a “very disruptive impact”, according to Phil Stocker, chief executive of the National Sheep Association, and could “lead to a price war and price reductions”.

He added: “Or it would mean suddenly having to look at more export markets for our lamb, which is produced to high standards, whilst bringing in lamb from the other side of the world, often produced in ways that our public wouldn’t allow in the UK.”

The Department for International Trade said: “Any deal we sign with Australia will include protections for the agriculture industry and will not undercut UK farmers or compromise our high standards. We will continue to work with the industry, keeping them involved throughout the process and helping it capture the full benefits of trade.”
Add Comment