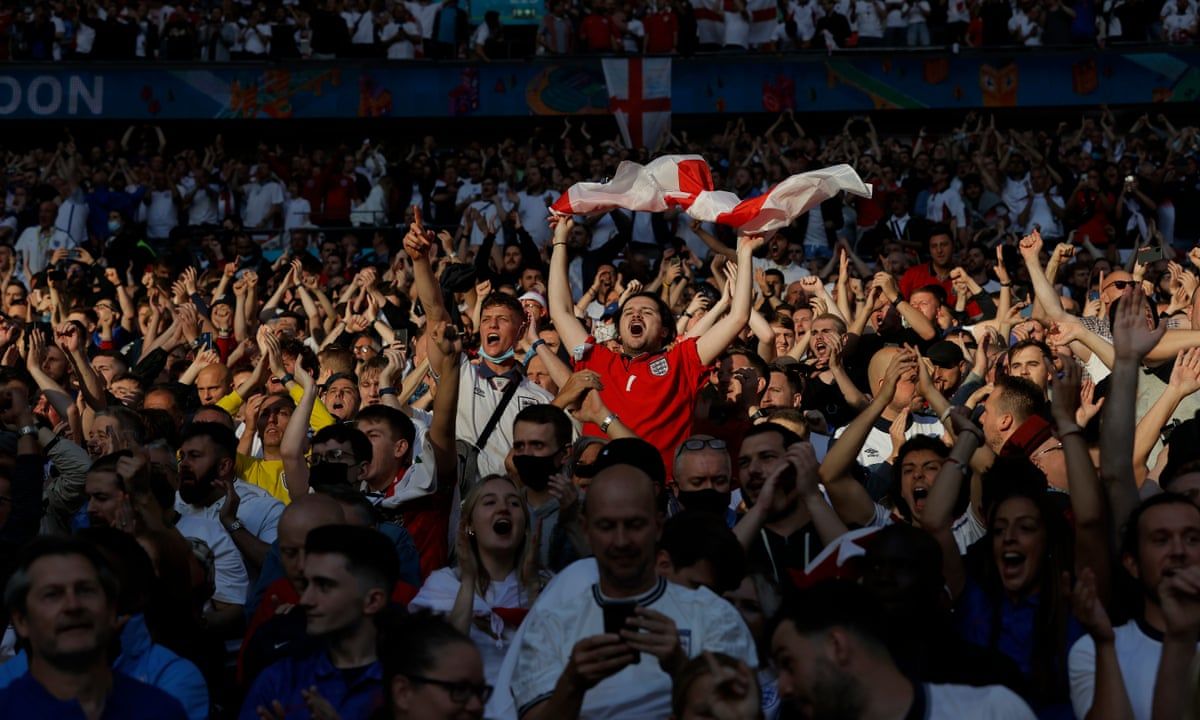 The benefit of England’s World Cup victory in 1966 was minimal and however good Euro 2020 has been, what will be left after it?

A curious and strangely moving sight presented itself outside Wembley stadium in the early hours of Thursday morning. England’s semi-final against Denmark had been over for more than two hours; the players had completed their press duties; the bulk of the crowds had already dispersed to the underground station and the car parks.

And yet for all this, many had stayed. Perhaps several hundred at least, some drinking, some smoking, some chatting with friends. Quite a few, however, were simply staring: gazing reverently up at the illuminated arch as if transfixed by its beauty, unable to avert their gaze, still somehow magnetised by this stadium and the spectacle it had just contained, as if possessed by a quiet religion. As if the moment they walked away, all this would end.

On the face of things, this seems a bit silly. In fact, apply just a modicum of perspective and it all begins to feel a bit silly: the flying pints, the painted faces, the sudden resurrection of Atomic Kitten as a cultural force, the endless viral videos of grown men and women hurling themselves across beer gardens in celebration of a Denmark own goal, people climbing on buses and lampposts, people falling down things, people shouting things.

And yet on some level all this human emotion and strange ritual must mean something. How could it not? Beating Italy in Sunday’s final, ending the drought, lifting a major trophy, breaking the curse: this too must mean something, but what? Is the summer of Euro 2020/1 fated simply to be a brief irruption of English hysteria, a grand national acting-out, a fleeting fervour that dissipates as rapidly as it began? Will anything lasting endure of this moment beyond a montage, some terrible rushed-out books and a small bump for the hospitality industry? Can winning a major tournament actually change a country?

In order to answer some of these questions, it’s worth travelling back 55 years, to the Wembley dressing room on 30 July 1966. The medals have been dished out, the World Cup has been lifted, and as the England players get changed the mood is weirdly blank. Bobby Charlton turns to his brother, Jack. “That’s it,” he says. “What can you win after that?”

The right-back George Cohen, meanwhile, mutters under his breath: “It’s bloody ridiculous. I don’t feel anything. I don’t.” (This, and much of what follows, is based on Roger Hutchinson’s excellent book ’66: The Inside Story of England’s 1966 World Cup Triumph.)

The players, staff and a battalion of FA blazers repair to the Royal Garden Hotel in Kensington for the post-match banquet, an event to which the players’ wives and girlfriends are not invited. The prime minister Harold Wilson – whose request to appear on the BBC’s final coverage as a half-time interviewee was rebuffed – wastes no time in attaching himself to the victorious team, joining them on the balcony as they pose for photographs. And that, to all intents and purposes, is that. After a night of revelry, the players check out of their Hendon hotel, and the 1966 World Cup passes into history. 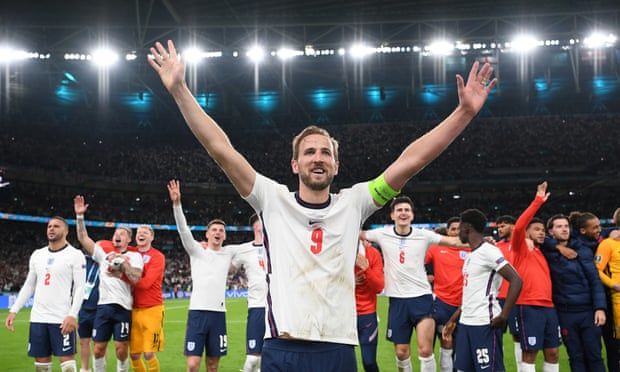 Harry Kane soaks up the fans’ applause, along with his England teammates, after beating Denmark 2-1.

Certainly 1966 would become a cultural touchstone in the subsequent years, but the case that it genuinely changed England is harder to make. Any minor economic impact derived as much from hosting the tournament as winning it. An FA report later that year claimed that “many of our export industries will derive a welcome boost from this success”, without providing evidence. And if there was any lasting social impact, it was arguably most keenly felt north of the border, where Scotland – long affronted by the English establishment tendency to conflate “England” and “Britain” as though they were interchangeable terms – was in the stirrings of its own nascent nationalist movement.

Other countries offer more persuasive examples. West Germany’s 1954 World Cup win was described by Joachim Fest as the “true birth of the country”: the moment Germany shook off the miserable sackcloth of the post-war years and “regained its self-esteem”, as Franz Beckenbauer put it.

Brazil’s 1970 triumph was gleefully hijacked by the country’s military dictatorship in its ongoing culture war against the leftist opposition. More recently, Portugal’s victory at Euro 2016 was folded by Antonio Costa’s socialist government into a broader narrative of national rejuvenation after a decade of debt crisis and austerity.

But even here, football success seems to reflect and crystallise a moment rather than shaping it; enunciates trends and patterns that on some level already exist. This, perhaps, is why the most potent function of winning an international tournament – or even doing well, as the example of the Republic of Ireland in 1990 demonstrates – is in its service of mythology, the way it feeds into a simple, digestible national story. “The imagined community of millions seems more real in the form of 11 named people,” the historian Eric Hobsbawm once wrote. “The individual, even the one who only cheers, becomes a symbol of the nation himself.”

And so, it’s worth asking ourselves what an England victory on Sunday would actually change. Tangibly, very little. Politicians of the right and left will squabble over its true import; Boris Johnson, like all good populists, will do his damnedest to associate himself with a triumph that will never be his to appropriate, and probably be rewarded with a 15-point lead in the polls.

For the rest of us, Euro 2020 will pass simply as a treasure box of golden memories: highly personal, chemically enhanced, fading and wilting a little at the edges, and yet no less powerful or meaningful for that.