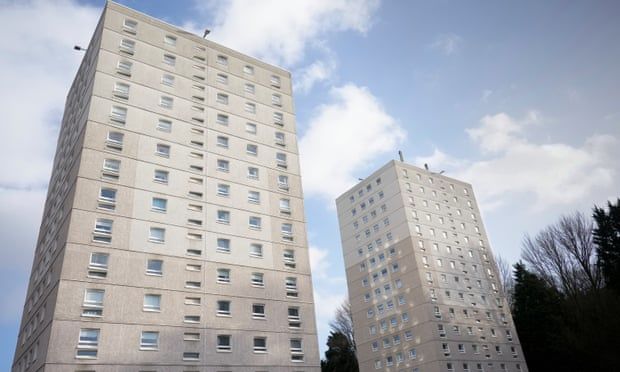 Facebook will restore a banned advert promoting an opinion piece calling for renters rights, after the company’s automated systems blocked the post for “discrimination”. But critics say the error will be repeated unless Facebook acts to protect campaigners on its platform.

On Monday Ronan Burtenshaw, the editor of Tribune Magazine, received a message from Facebook saying one of his publication’s posts had been blocked from being promoted on the site. The story, headlined The Rent is Too Damn High, calls for “a struggle of renters against the rentiers” and concludes that solving the housing crisis requires a massive programme of council house creation.

Burtenshaw found it had been banned from being shared as a promoted post because the “ad doesn’t comply with our policy on discriminatory practices”. His first conclusion was that the company was trying to protect landlords from discrimination.

After Burtenshaw’s tweet went viral and the Guardian queried its removal, Facebook changed course and restored the ad. “The ad placed by the Tribune was rejected in error by our systems but is now active and will appear in the ad library shortly,” a Facebook spokesperson said. “While our review is largely automated, we rely on our teams to build and train these systems, and in some cases to manually review ads. Sometimes both machines and humans make mistakes and an ad may be rejected in error, but we endeavour to restore them as soon as possible.”

But Tribune’s post isn’t the only call for better housing policy to have been blocked from the social network. Others, including Martin Lennon, a Labour councillor , have experienced the same issue. His campaigns to build more council housing in Scotland were also blocked for discriminatory practices.

The problem seems to lie with Facebook’s attempts to prevent discrimination in adverts for rentals. In 2019 the company was charged with violating the US Fair Housing Act. It was alleged that its targeted advertising allowed landlords to discriminate on the basis of race, colour, national origin, religion, familial status, sex and disability.

As a result, Burtenshaw says, Facebook has gone too far in the opposite direction. “Facebook’s policies have accidentally banned campaigning for tenant’s rights on Facebook. It seems like anything that’s targeted by age or region that’s related to housing is something that they’re flagging up – but the effect of it is that if we do a piece on tenant organising, that gets flagged and can’t be advertised.

“Given that Facebook’s whole algorithm is written to massively advantage people who put money into the system, it means you can’t get your message across.”