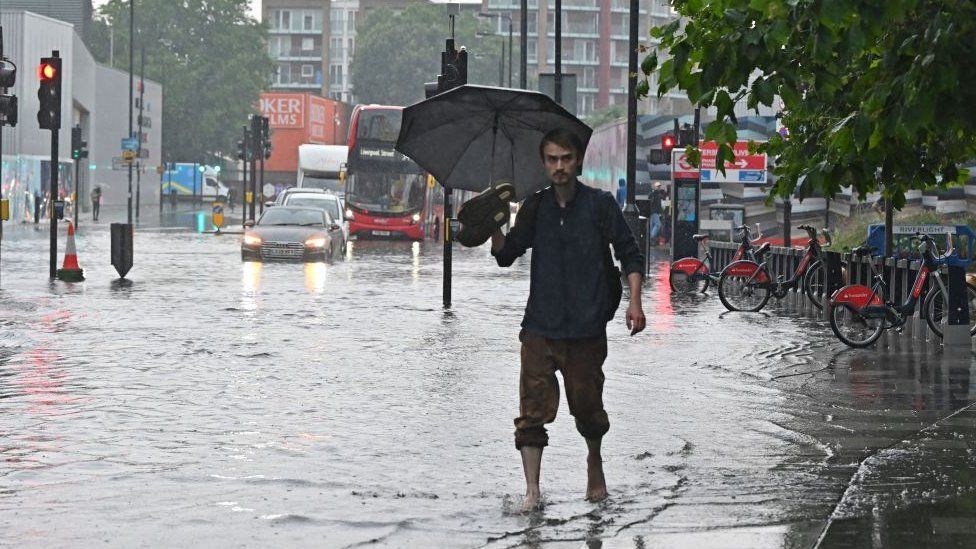 Flash flooding affects cities across the world and has become more common because of climate change.

Parts of London and the south of England were left underwater after heavy rain in July.

What is flash flooding?

Flash floods usually happen during intense rainfall - when the amount of water is too much for drains and sewers to deal with.

It can occur very quickly and without much warning.

Roads can become unpassable - with vehicles abandoned - and homes and shops damaged by floodwater.

Floods can affect key public infrastructure including transport networks and hospitals. In London, some hospitals had to ask patients to stay away after they lost power.

Why does it happen in cities and towns?

Urban areas are more likely to experience this type of "surface water" flooding because they have a lot of hard surfaces - everything from paved front gardens to roads, car parks and high streets.

When rain hits them it can't soak into the ground as it would do in the countryside.

An example was seen when New York City was hit by Storm Elsa in July, flooding the subway system.

The city's transit authority president, Sarah Feinberg, said "if the drains at the street level can't handle the water, it goes over the curb and then makes things even worse". Water had come through subway vents and down the stairs, she said.

In many places - including much of the UK - old sewer systems were built based on historic rainfall projections.

Dr Veronica Edmonds-Brown of the University of Hertfordshire said the growth of London was also a problem as its Victorian era drainage system "cannot cope with the huge increase in population".

A warmer atmosphere can hold more moisture and so these storms become more intense.

According to Prof Hayley Fowler, of the UK Climate Resilience Programme, flash flooding used to be "relatively unusual".

But she said warming means "these heavy short-duration bursts from thunderstorms which cause flash flooding are becoming more common".

Ms Fowler's research suggests flash floods - measured as 30mm of rain per hour - "will increase five fold by the 2080s", if climate change continues on its current track.

What can be done?

Changes could be made in towns and cities to protect against the worst effects of flash floods.

Dr Linda Speight, a flood expert at Reading University, says urban areas could benefit from changes like "permeable pavements and green roofs that can help rain water to soak away rather than causing floods".

Knowing that heavy rainfall is on its way can make it easier to mitigate against the risks of flash flooding.

How can I protect my home?

You can check if your area is at risk of flooding, and sign up for flood warnings on the Met Office website.

Living away from a river does not necessarily mean you are safe from flooding.

The Met Office recommends creating a flood plan, for example moving valuables out of the basement and to a safe place.

It is also possible to take preventative measures.

If you are making changes to your home, choose tiled flooring instead of carpets and move plug sockets further up the wall.

What else should I do?

Drivers also need to be careful to avoid rising waters, as many flood-related deaths are in vehicles.

According to the AA, just 30cm of water is enough to move a car. 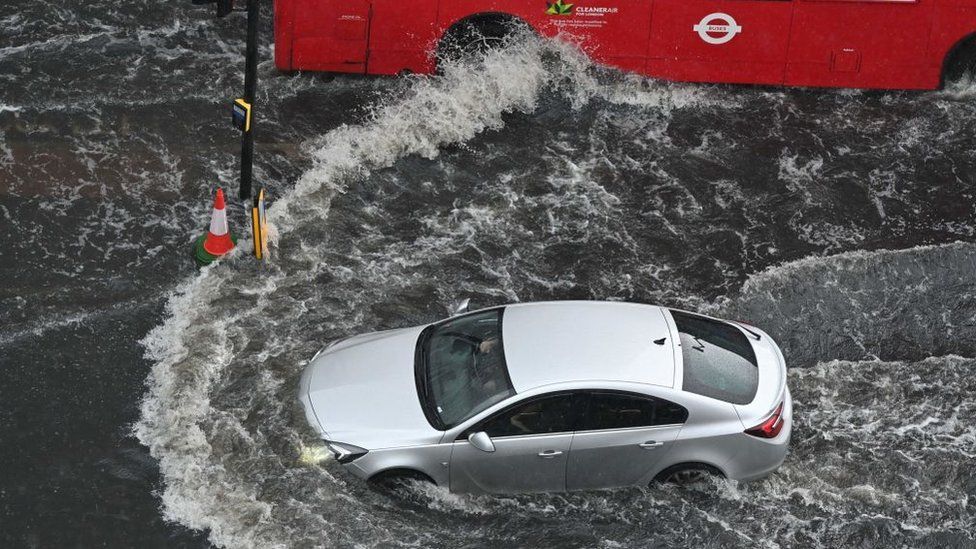 UK flood advice in your area