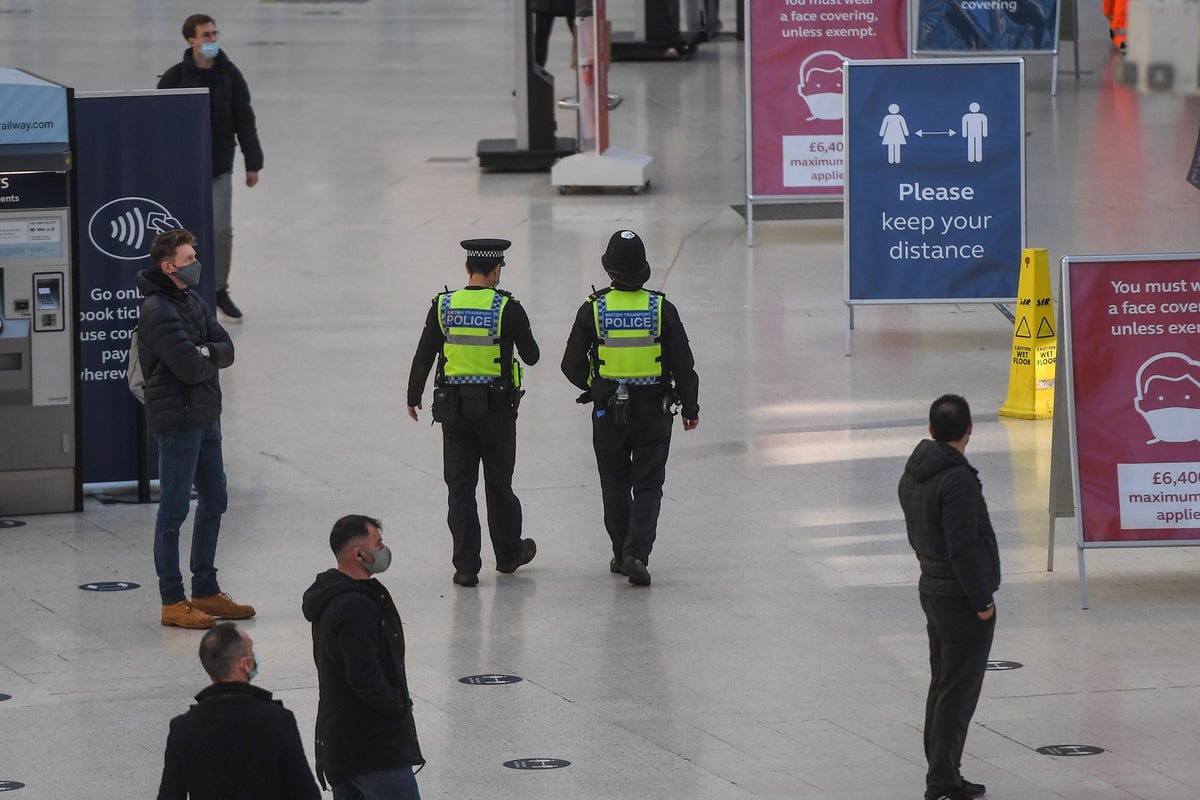 Extra police officers have been deployed at railway stations to stop people from making non-essential Tier 4 journeys, British Transport Police announced on Sunday.
In a statement released in the afternoon, BTP said it would have an enhanced presence of officers at stations across the network following last night’s Tier 4 announcement.

More BTP officers will be on patrol at all major transport hubs across London and the south-east. They have been ordered to ask passengers of their travel plans and will remind them of the Government’s Tier 4 restrictions saying people must stay at home and only use public transport for essential journeys.

Members of the public who do need to travel will be reminded of the requirement to wear a face covering, unless exempt, and to adhere to social distancing as best as possible.

It comes following chaotic and crowded scenes at London’s transport hubs on Saturday night as desperate people attempting to get home before new restrictions came in to force overnight.

Assistant Chief Constable, Sean O’Callaghan, said: “The advice is clear, and we are confident that the large majority of people will abide by the restrictions in place.

“As has been the case throughout the pandemic, officers will be supporting rail staff through high-visibility patrols across England, Scotland and Wales, ensuring those on the network are safe. Our policing method remains the same – officers will engage with passengers and only use enforcement if absolutely necessary.
Add Comment