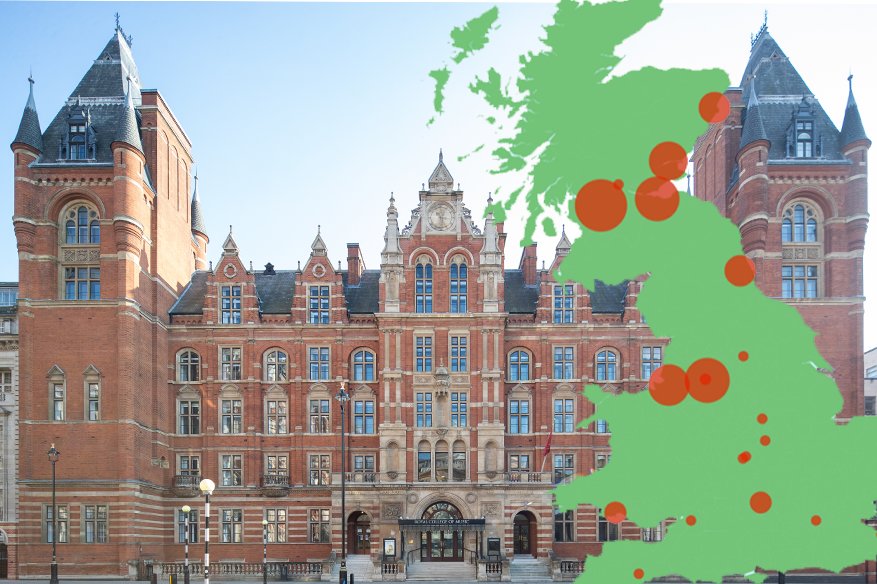 Exclusive: A London University Has Become The First In The Capital To Confirm An Outbreak Of Coronavirus

50 students are said to be self-isolating at university accommodation in west London following a “small cluster of confirmed cases of Covid-19”, it has been confirmed.
The outbreak has been linked to the privately-run Prince Consort Village halls in Hammersmith, which is run by Campus Living Villages in partnership with the Royal College of Music.

A spokesperson for the Royal College of Music said that the halls were not in lockdown, but confirmed that a number of students at the accommodation were self-isolating.

They said: “We currently have a small cluster of confirmed cases of Covid-19 at our halls of residence and these individuals, and those who share their facilities, are self-isolating while being fully supported by staff.

“We have worked with Public Health England and the Council on measures to ensure quick and effective containment and contact tracing.”

“We are continuing to monitor the situation, keeping our students and staff informed as appropriate, and following all UK Government guidance.”

The news marks what is understood to be the first confirmed outbreak of coronavirus among university students in London, with 45 universities across the UK also reporting cases.

It comes as official figures show coronavirus cases are rising in every London borough, making fresh restrictions in the capital increasingly likely.

View our interactive map which shows some of the confirmed university outbreaks so far:

Mayor of London Sadiq Khan has warned that the capital is at a “very serious tipping point” and is calling on ministers to bring in “immediate action” to slow the spead.

Commenting on the latest student outbreak, Cllr Stephen Cowan, Leader of the London Borough of Hammersmith & Fulham, said: “This is the type of event that we’ve been planning for all summer.

“Our team is fully engaged with everyone affected and doing our best to ensure the infection does not spread. It’s absolutely important that people socially distance, wear a face mask, wash hands and carry hand sanitiser – that’s how we’ll avoid a full second lockdown.”

Over 3,000 students are believed to be self-isolating across the UK due to outbreaks of coronavirus at various universities.

Up to 1,700 of those in isolation are students at Manchester Metropolitan University, where 127 cases have been reported.

The University of Glasgow is currently the worst affected institution, with 172 confirmed cases and 600 students self-isolating.

Outbreaks have also been confirmed at other Scottish universities in Edinburgh, Aberdeen and Dundee.
#Coronavirus  #COVID-19  #Covid
Add Comment