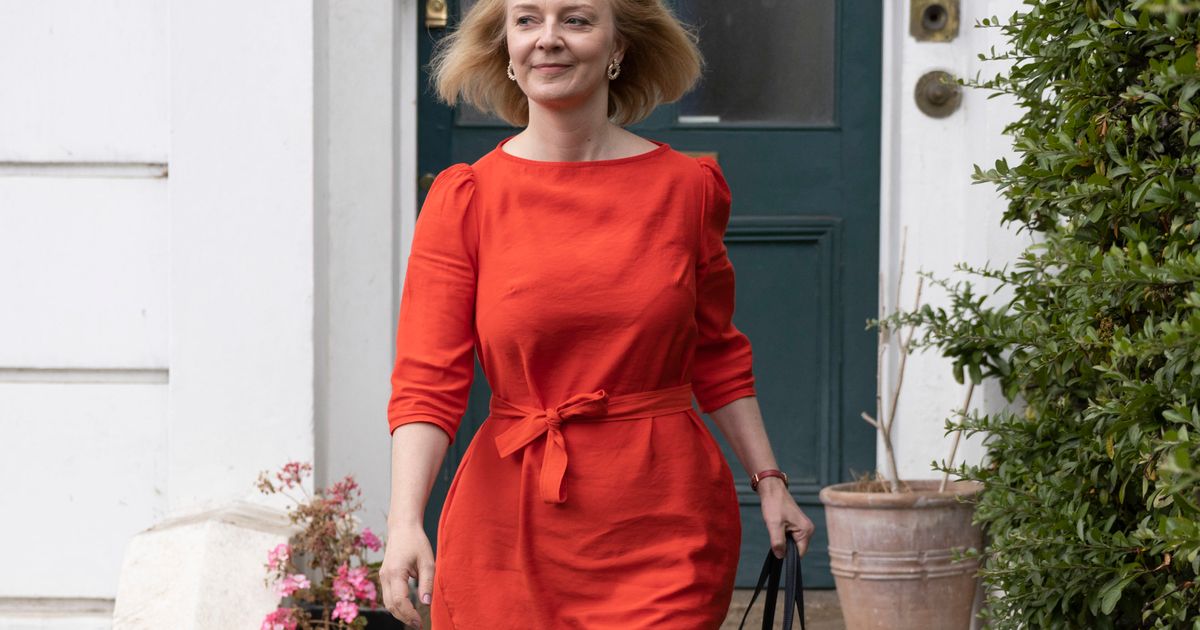 Swot up on Britain’s incoming prime minister as Boris Johnson heads for the exit.

Britain is about to get a new prime minister. Yep, again.

As the governing Conservatives pin their hopes on tax-cutting, free-trading, woke-bashing Foreign Secretary Liz Truss to succeed where Boris Johnson, Theresa May and David Cameron have all failed since 2016, POLITICO has a handy primer on the U.K.’s (latest) incoming prime minister so you can pretend you know what you’re talking about with friends.

Let’s start with the basics. Truss is a Conservative. She’s 47 years old, and has been an MP for 12 years and a Cabinet minister for eight, serving under three prime ministers. Her current gig is foreign secretary, meaning she’s also the country’s point person for post-Brexit EU relations — so if you’re reading this in Brussels, you may already be rolling your eyes at this turn of events. She starts work Tuesday as Johnson exits stage left, knife wounds still healing.

Truss is married to accountant Hugh O’Leary, with whom she has two daughters. The incoming U.K. leader was born in Oxford, and grew up in Scotland and then Leeds, in the north of England, attending a school she later accused of setting “low expectations” for its pupils. She also had a spell in Canada before belatedly settling into the tried-and-tested route to Westminster — a degree in philosophy, politics and economics at Oxford University.

Truss is seen as a libertarian and loves low taxes and small states. She co-wrote ‘Britannia Unchained,’ a 2012 book by newly-elected Tory MPs pitched as a wake-up call for low-productivity Britain. It dubbed U.K. workers “among the worst idlers in the world,” and took a swipe at young people for being “more interested in football and pop music” than their Indian counterparts.

Yet Truss has also proved to be a pragmatic shape-shifter throughout her career, getting stuck in to running several tricky government departments and morphing from bright-eyed Cameroon moderate to flag-waving champion of post-Brexit Britain. She wisely kept her hands squeaky clean during the brutal Conservative coup that called time on scandal-hit Johnson, refusing to openly criticize him — yet managing to avoid being seen as part of the inner Johnson circle.

Truss comfortably saw off her rival Rishi Sunak and wooed the Conservative grassroots with promises to slash taxes “from day one,” scrap outdated EU laws still on the British statute book, and tackle what she’s called a “woke” culture in the U.K. civil service. One MP supportive of Truss told POLITICO last month they think Britain “could be heading for a 1980s-style culture shock” under the incoming prime minister, while a key ally, Jacob-Rees Mogg, has called for a full rethink of “whether the state should deliver certain functions at all.”

You can read every one of her 149 policy pledges here, thanks to tireless POLITICO intern Noah Keate.

Truss takes the helm at a tumultuous time for Britain, which is battling soaring energy costs (in part ramped by the war in Ukraine) and teetering on the brink of a full-blown recession. The country has been gripped by a wave of strikes, hobbling everything from the railways to the ports. Oh, and there’s a cross-Channel “shitstorm” brewing over water companies dumping sewage into the sea.

On the political front, Truss is tasked with turning around the fortunes of a Conservative Party that’s been in power for 12 years, and his has seen its popularity fall off a cliff this year as Johnson fluffed the response to a host of scandals. No pressure, Liz.

A new prime minister usually means a new top team, and key figures expected to get major jobs in a Truss government include fellow Britannia Unchained scribe Kwasi Kwarteng, an instinctive small-state Conservative who looks all-but certain to become Truss’ top finance minister. Friend, karaoke-lover and fellow Cabinet minister Therese Coffey, currently holding the work and pensions brief, has been tipped for a senior role. Rees-Mogg, a die-hard Brexiteer who effectively lives in a castle and yet really hates working from home, looks like the frontrunner to become business and energy secretary.

Defeated rival and former chancellor Sunak may or may not be offered a job — but don’t expect the bloke who called Truss’s economic plan “immoral” to leap at the chance, either way.

Perhaps the most striking shift in what we might generously describe as Truss’ pragmatic journey to the top has been her switch from worried Remainer to avid Brexit-backer. Ahead of Britain’s fateful EU referendum in 2016, Truss — then environment secretary — argued passionately for the country to stay in the bloc, warning that going it alone would be a “hugely retrograde step” on environmental protection and could usher in a “wasted decade” for the U.K. economy. Oh, and there’s always a tweet.

Fast forward to 2017 and Truss had already recanted, saying the “massive economic problems” she feared Britain would face on its own had “not come to pass.” It’s a position she’s stuck to ever since and, happily, the British economy is doing just fine, thank you very much.

As U.K. foreign secretary, Truss hasn’t exactly been afraid to ruffle a few feathers. She’s shepherded through controversial legislation which the EU says risks ripping up the hard-won protections for Northern Ireland in the Brexit deal (unnerving Brussels and Washington in the process), and caused outrage in China by suggesting the West should be prepared to arm Taiwan. On the leadership campaign trail, she earned the ultimate badge of honor for a prospective British leader: pissing off the French.

Aussie conservatives who love her no-nonsense, free-trading talk are a bit more enthusiastic, while Baltic states spooked by the threat of Russia see a leader who’ll stand up for them when the going gets tough.

The art of the deal

Truss made her name signing a raft of post-Brexit trade deals, elevating a middle-ranking Cabinet job into a daily chance to fly the flag for Britain. As international trade secretary, Truss soared in the favorability ratings with grassroots Conservatives and bagged a string of rollover trade deals aimed at retaining post-Brexit links with key trading partners.

But her approach has not been without controversy: critical MPs accused her of being too focused on her own profile, with some even labelling her Department for International Trade (DIT) the “Department for Instagramming Truss,” based on her prolific output on the social network. Scrutiny of the deals she actually negotiated as trade secretary has only increased since she left the job, with agriculture and farming groups accusing her of ignoring warnings about the toll of opening the door to cheap imports from Australia and New Zealand.

Perhaps surprisingly, Britain’s next prime minister was previously best known for … shouting about pork (stay with us here). Truss has long embraced a somewhat goofy public persona, and gave an, erm, highly enthusiastic 2014 speech to the Conservative Party faithful as environment secretary, which included possibly the most rapturous use of the phrase “pork markets” ever recorded. She also won applause for gravely informing her audience with a steely gaze: “We import two-thirds of our cheese: that is a disgrace!”

Truss is also remembered for taking on rural Conservatives in her battle to become the MP for South West Norfolk. The group of political opponents, dubbed the “Turnip Taliban” due to their supposed militancy, grumbled that Truss’ colorful personal life (she’d had an affair with a married MP) was unbecoming for their prospective political representative. But Truss — whose allies claimed a whiff of sexism among her critics — ultimately prevailed.

Brace yourselves: she used to be a Liberal Democrat. Yep, the small-state libertarian had a misspent youth as a representative of Britain’s tree-hugging, socks-and-sandals-wearing, center-left opposition party, telling its 1994 conference that she’d be up for abolishing the monarchy. That should at least give her something to chat about with the queen when she’s invited to form a new government at Balmoral Tuesday lunchtime.