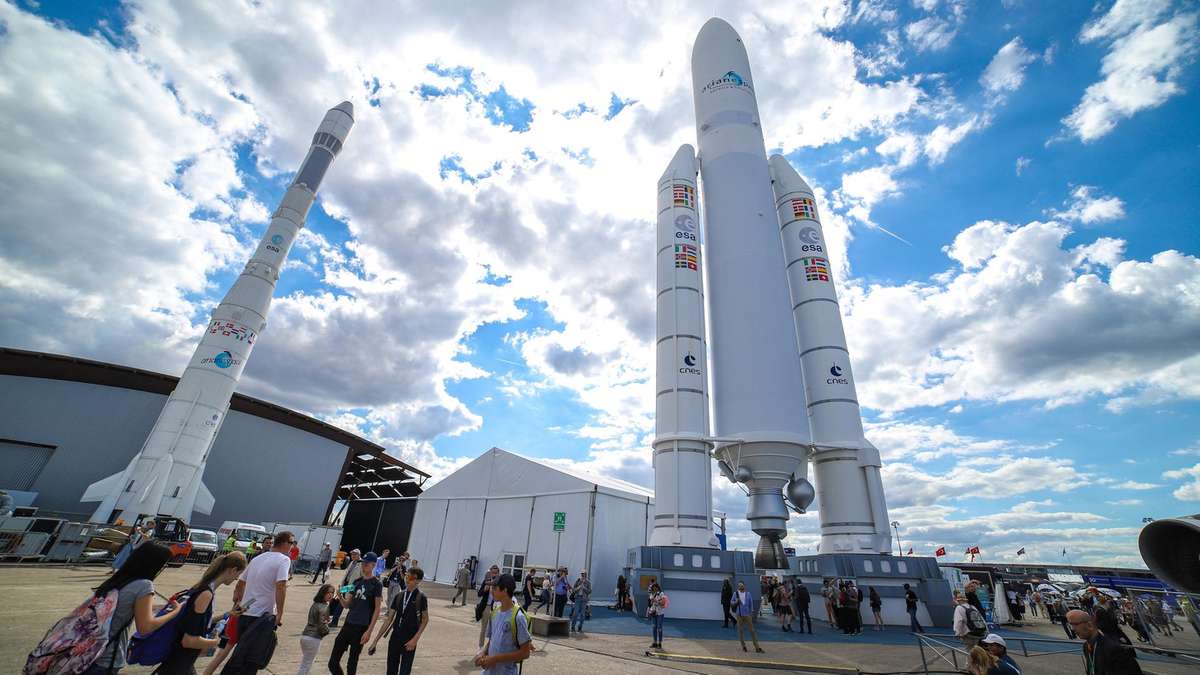 Europe's space chief tells Global Britain: Work with us in the cosmos

The head of the European Space Agency appealed to the UK to co-operate with Europe in the cosmos to fulfil its “Global Britain” ambitions of being a science and technology superpower.

Britain remains in the ESA after Brexit, but is no longer involved in some of its satellite navigation systems and wants to become a “meaningful actor in space” in its own right.

At an event hosted by the Policy Exchange think tank on Monday, ESA director general Josef Aschbacher said only his agency could provide a way for UK explorers to emulate British astronaut Tim Peake by taking part in human spaceflight.

He highlighted a series of futuristic projects in which the UK could play a critical role, including a possible Mars mission.

“The UK is on the critical path of the next great Mars exploration mission,” he said.

The ESA and Airbus UK signed a deal last year for a satellite mission called 'Truths', which is aimed at producing more accurate climate change forecasts.

The UK played a leading role in the Solar Orbiter spacecraft, described by Mr Aschbacher as “the most complex scientific laboratory ever”.

Instruments made in the UK were used in most European scientific missions in space, he said.

“ESA offers an ideal platform for the UK, through its investments at ESA, to be a very influential global player in space,” he said.

“There is no time to lose. International competition in space has never been at such a high point and Europe needs to act to keep its standing in space.

“ESA continues to be the only gateway for the UK to participate in human exploration and fly astronauts to space,” he said.

“ESA is offering the UK to actively take part in global space co-operation. ESA gives you a ticket to the world via its programmes and activities, and serves your global standing interest.”

Britain said on the eve of its full departure from the EU in December that it would remain a member of the ESA and continue to take part in the Copernicus programme, a monitoring system with several satellites.

However, Britain is no longer part of two European satellite navigation systems, Galileo and Egnos.

In its landmark global policy review in March, the UK said it would seek a “dynamic space programme” as part of its scientific and technological ambitions.

The government said it wanted to launch British satellites from Scotland by 2022 and create the ability to protect its own interests in space by 2030.

The space sector trebled in size in the past decade and now generates £14.8 billion in income, the UK’s integrated review said.

It said Britain would develop its work with the European space programme, but also with other overseas agencies such as Nasa.

Mr Aschbacher, who took up his role in March, said he would seek to make sure the UK retained all of its benefits as an ESA member state.

“Having UK citizens in our workforce contributes to our dynamism, innovation and strength,” he said.

Alice Bunn, international director of the UK Space Agency, told the same event that the government recognised the geopolitical importance of space.

The pandemic highlighted how dependent societies were on satellite communications and navigation systems for deliveries, she said.

“If we want to be a science superpower, we need a space programme,” she said.

“This is really being taken seriously at the very highest levels of government.”