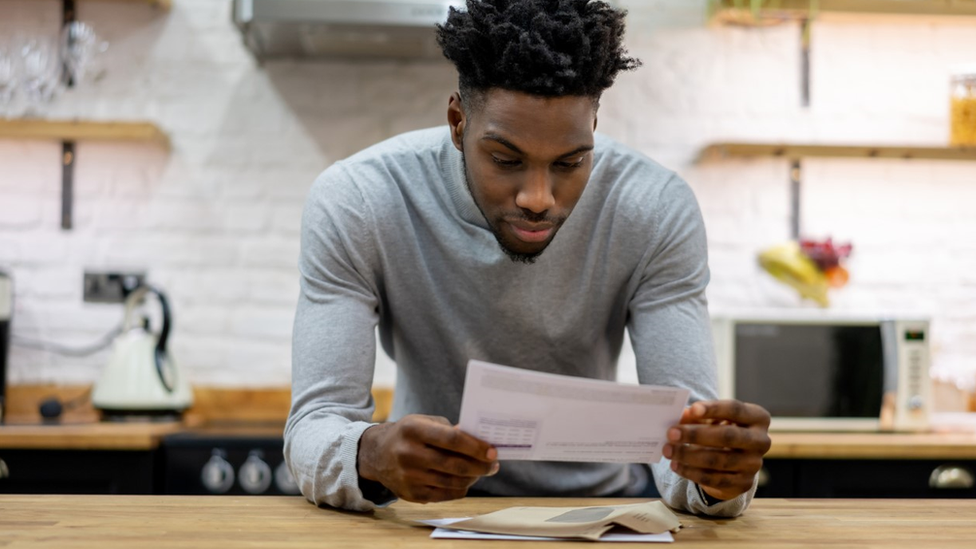 The boss of the regulator tells the BBC no-one could have predicted the sharp rise in gas prices.
The head of Ofgem has rejected claims from the industry the current energy crisis represents a failure to adequately regulate the market.

Ofgem boss Jonathan Brearley, told the BBC: "No-one could have predicted the kind of gas price rises we have seen.

"In a situation like that any market would be under strain."

However, his view has little support from senior executives in the industry who have told the BBC the regulator knew full well that many smaller suppliers would not be resilient in the face of rises that should have been part of the regulator's stress testing of the sector.

The boss of the UK's fifth largest energy provider, Scottish Power, said the government was essentially asking larger providers to weaken their own financial position by shouldering billions in additional cost to provide these customers with energy that costs more to buy than they are allowed to sell it for under a government-imposed retail price cap.

Ofgem insists its primary concern has been protecting consumers, but that promise sounds slightly hollow when millions of customers face being moved to higher tariffs from bigger suppliers and the cost those larger companies incur from taking on new customers will be added to all consumers bills through an industry wide levy.

Larger suppliers, including Centrica owned-British Gas, have agreed to take on hundreds of thousands of marooned customers, but expect the cost of doing so to be recouped in a mechanism that Ofgem described as "tried and tested" but which bigger companies say is not designed for the mass failures we are now seeing.

The Ofgem boss admits that the energy cap (£1,277 for a dual fuel household with average energy consumption) which limits the ability of companies to pass on higher wholesale costs to retail customers, is likely to rise again when it is reset in April 2022 after a 12% rise due to take effect at the end of this month.

Industry sources also agree that many of the larger companies may be prepared to take on new customers not only because the retail price cap will inevitably rise, but also because the new customers they acquire will be "stickier". This means they will be less likely to switch in future given a lack of confidence that cheaper suppliers can be relied upon in the future,

Ofgem's Mr Brearley insists he wants a competitive market in the future. Critics argue that it presided over a market that it knew would collapse in a gas crunch - resulting in fewer companies and meaning a less competitive market.
Add Comment