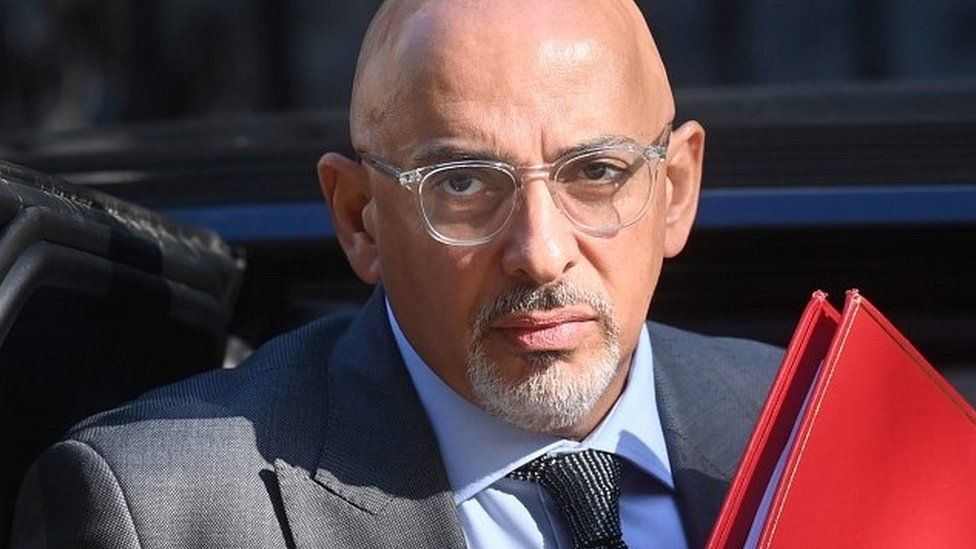 The government must not be complacent following large losses for the Conservatives in British local elections, Nadhim Zahawi has warned.

The education secretary also told the BBC that Boris Johnson was still able to "cut through" with voters and had got important decisions right as PM.

The Conservatives lost almost 500 council seats on Thursday, with Labour and the Liberal Democrats making gains.

The election results come amid ongoing controversy over parties held in Downing Street during lockdown and sharp rises in the cost of living.

Mr Johnson, who won a large majority for the Tories at the 2019 general election, has described this week's results as "mixed" for his party, while Labour leader Sir Keir Starmer has called them a "turning point" for his.

Speaking on BBC Breakfast, Mr Zahawi said of the prime minister: "I think he's unique as a politician in being able to cut through."

He added that he had got the "big decisions" on social care, Brexit and handling the pandemic right, saying: "Boris is the best prime minister to be able to deliver [the government's policies]."

In Thursday's elections in England, Scotland and Wales, the Conservatives lost control of 12 councils, including three in London, but they gained Harrow, in the north-west of the city.

Mr Zahawi said the results had been "mixed" and "tough" on his party, adding: "We are not complacent."

Interviewed on Sky News, Mr Zahawi said of the prime minister, who was fined recently for attending a rule-breaking Downing Street birthday party during lockdown: "He is an asset, absolutely."

In a message to Tory colleagues who might be tempted to turn on Mr Johnson, he warned: "People don't like to vote for split parties, for teams that are divided."

It's almost as if the two main political tribes are locked together in a mutually uncomfortable status quo.

The Conservatives are suffering, but the situation is not dreadful enough to provoke backbenchers to act, or for No 10 to take radical steps to change or to meet their critics' demands.

Labour's move forward was notable. Impressive and symbolic wins in London. Seats from Cumbria to Southampton, second place in Scotland, where SNP had another impressive performance with their incredible years of dominance.

Yet on these results Labour is not progressing far or fast enough for them to be sure they're on track for No 10.

Douglas Ross, leader of the Scottish Conservatives, said Mr Johnson should "reflect on the result across the whole of the UK and the various parts of the country that have said very clearly they are unhappy with the prime minister and his actions".

But Mr Ross, who called on Mr Johnson to quit earlier this year and then changed his mind following Russia's invasion of Ukraine, reiterated his point that "stability [in the UK government] is crucial at this stage in the conflict".

In order to trigger a leadership challenge to the prime minister, 54 Conservative MPs must hand in letters of no confidence. There is no suggestion that Mr Johnson's critics have anything like this level of support for such a move.

Mr Bell, who has submitted a letter of no confidence, told the BBC's Today programme: "It's not really up to me. It's up to my colleagues and I'm sure when we get back to Westminster there will be a discussion about that."

As well as the Metropolitan Police's investigation into Downing Street parties, inquiries are being carried out by senior civil servant Sue Gray and the House of Commons Committee of Privilege.

"What I do think is it needs to be brought to a head sooner rather than later because I don't think we can continue having this hanging over the party for many more months to come," Mr Bell, MP for Newcastle-under-Lyme, said.

And Marcus Fysh, Conservative MP for Yeovil and South Somerset, said: "I do think radical change in the policy is required and, if it doesn't happen, there really isn't an electoral future for the party, because I think it will get crucified at the next election having bombed the economy."

He added: "And if the team [running the government] is not able to adapt to reality, then the team needs to make way for someone else."

The Liberal Democrats gained the most council seats - more than 200 - on Thursday, while Labour added almost 140 to its tally and the Green Party added more than 80.

Labour's Sir Keir, speaking on a visit to Loch Lomond in central Scotland, said his party was "back on the pitch" in the run-up to the next general election.

"There's a positivity," he added. "People could see a serious Labour Party making a confident case, setting out an alternative."