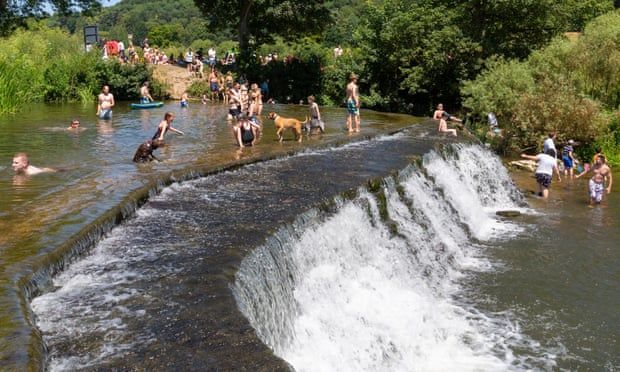 Education calls grow after week of tragedies in England’s waters

It has been a week of tragedies in England’s waters. At least 17 people have drowned cooling off in the heatwave, including a man who went missing on a blow-up unicorn in a Wakefield lake and a 16-year-old boy in the River Dee near Chester.

On Friday HM Coastguard issued a plea to those visiting the coast to leave the inflatables at home and to “think twice” before taking risks in the sea. Greater Manchester fire and rescue service went further, saying: “We urge people not to go into open water, no matter how hot it is outside.”

Every sunny summer, people – overwhelmingly young men – drown in England. The reaction from the authorities is always the same: more warning signs, ever more sinister alerts and, increasingly, security guards in luminous tabards trying to order people out of the water.

It is an approach that demonstrably does not work, argue swimming advocates, who liken it to “abstinence-only sex education”. Instead, they are pushing for more access to open water and better swimming education to help keep people safe.

The battle for access is becoming increasingly divisive. Last month one water company and reservoir owner decided to point the blame squarely at experienced swimmers.

“They turn up in wetsuits, they’re usually adults, and ignore the fact that swimming is prohibited,” said Mark Seymour, United Utilities’ catchment manager for Manchester.

“Not only should they know better than to ignore the warning signs but they’re also setting a dangerous example because other younger people might see them swimming and get the wrong impression that it’s OK to swim too. These open water swimmers could indirectly be the cause of another drowning tragedy.”

According to the National Water Safety Forum, 631 people in the UK died in water in 2020. Just over a third of the deaths (232) were suspected suicides, while 242 were recorded as an accident. Of those, only one person died swimming in a reservoir, compared with 85 in the sea, 74 in a river – and nine in a bath.

Wrongly implying that wild swimming is dangerous and simply telling people not to do it does not work, argues Suzie Wheway, an open water swimming coach and Swim England’s outdoor swimming ambassador.

“‘Saying ‘Stay out’ is as bad as trying to deliver abstinence-only sex education. What people need is to understand the risks and how to deal with them,” she said.

She is still fuming about United Utilities pushing the blame on to regular outdoor swimmers, who are rarely, if ever, the ones who need rescuing, let alone resuscitating: “Regular swimmers are the ones who go and talk to teenagers and gently warn them of the risks in a really friendly, open way. We do so much and it really grinds when people turn around and say: ‘You’re the reason people are dying’.”

Ashley Jones, water safety and drowning prevention manager for Swim England, agrees. “The swimmer that turns up having acclimatised to cold water, in a wetsuit, with a brightly coloured hat and a tow float is not the problem. The people that we need to do a better job educating are those who, unfortunately, on a hot day decide to jump in spontaneously.”

Currently, swimming is only on the national curriculum in primary school in England, meaning there is no further education for older children and young adults, who are the most likely to get into difficulty.

The water companies that own the reservoirs insist they are too dangerous to swim in. A spokesperson for Yorkshire Water, which had staff in high-vis jackets trying to stop swimmers at 14 of its 130 reservoirs over the weekend, cited a laundry list of hazards, including “cold water shock, unseen objects, the hazards of operational machinery and the underwater currents they cause”. 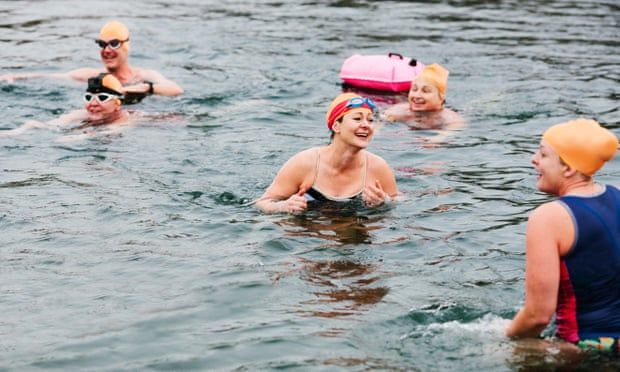 United Utilities said it would not heed calls to “allow certain groups to use our reservoirs for training” because “it would send the wrong message to more vulnerable visitors such as teenagers who are at the highest risk of accidental drowning”.

Many landowners are worried about getting sued if an accident occurs. But an important legal precedent was set in a court of appeal case in 2001, in which the family of a drowned man were refused damages from the National Trust for failing to stop him swimming in one of their ponds because the potential danger was obvious.

Kate Rew, the founder of the Outdoor Swimming Society, says some of the warnings about outdoor swimming have become so hysterical that no one believes them, likening them to an anti-drug campaign “where if you have one toke of a spliff you become a heroin addict”.

She wants England to follow Scotland, which introduced the “right to roam” in 2003, granting swimmers access to about 800 reservoirs.

“What England and Wales need are inland beaches like those on the coast. We do not want to queue up and pay for a swim, we want to swim as people walk: at 5am, for three minutes, at midnight, for hours, before or after a picnic. Alone, with friends, with our families,” she said.

“The request is not for organised sport, it’s for access to our blue spaces.”