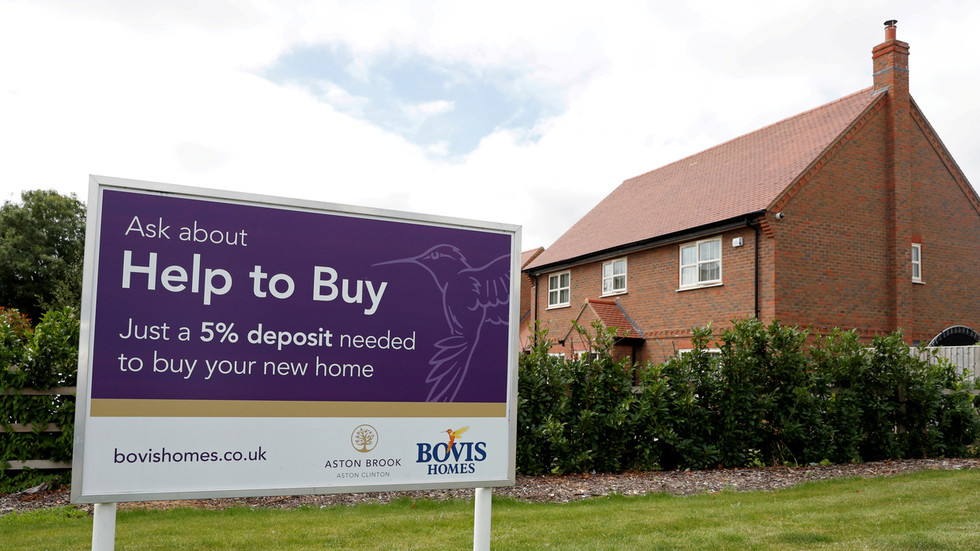 The housing market may be booming for a fortunate few, but the have-nots of Britain are still being left way behind

High earners and those with wealthy parents, aided and abetted by government schemes only designed to make the economy ‘look’ good, are forcing up house prices for the rest. After Covid, housing is the next crisis on the horizon.

Today I received an email from one of the UK’s leading estate agents for high value properties. I like to know what they are all up to, so I subscribe to all of their sites. On opening the message titled ‘The Outlook is Sunny’ I was informed of how positive the housing market is with strong levels of demand, 52% higher than this time in 2019, and told sellers should really take advantage of this good news.

I’m one of the millions who privately rent and, as a middle-aged single woman, there is no chance of me ever getting a mortgage and owning a home. I equally have no chance of renting a council property thanks to Margaret Thatcher’s very popular and vote winning policy 40 years ago ‘Right to Buy’. This involved selling off council houses and not replacing them because a home owning democracy would be a ‘better’ society. Which is true, if by ‘better’ you mean more compliant and in hock to the bank with mortgages for the bulk of their lives – the emphasis since 1979 has been on buying property and using it as capital rather than a home.

The consequences of ‘Right to Buy’ in 2021 are that: in the middle of a pandemic, with millions furloughed, unsure of their fate and an increasing dole queue thanks to entire industries disappearing; the housing market is also now blowing up. But the “outlook” is only “sunny” for those who have stable well-paid work and large deposits or access to the ‘bank of mum and dad’. These are the only people with any hope of being part of that fabled home owning democracy.

The truth is housing has always been the great class divide in Britain – a lever that all politicians like to pull when they need votes. Heating up the housing market virtually guarantees a bounce to the economy by making those not on the property ladder panicky about getting on it at any cost, even taking out mortgages they can barely afford on properties that simply aren’t objectively worth it. For example, a standard two bedroom flat in Newham in East London according to Rightmove costs around £455,000. That is pie in the sky for most families, not a realistic hope of owning a home.

All this just adds to the misery that is this hellish new decade. The hope millions have of being able to live in an affordable and safe community simply does not exist. Last year when the Chancellor of the Exchequer Rishi Sunak was putting financial packages together to support the economy, like every chancellor before him he cynically used the housing market to hoover up votes from the hopelessly aspirational and, of course, the middle class. No attempt was made to tackle the realities of a housing system that has been smashed for more than four decades.

The stamp duty holiday that the chancellor gave in 2020 on the first £500,000 of a property has been extended by three months in England, Northern Ireland and Wales but ended on March 31 in Scotland – with the think tank Policy Exchange calling for the temporary measures taken in relation to stamp duty and ‘Help to Buy’ schemes to become permanently funded by the taxpayer.

This is problematic in every way imaginable. Heating up the housing market based on a broken supply and demand system while doing nothing about the real issue (the lack of safe, affordable homes for everyone) leads to bubbles forming. Passing around borrowed money while the rest of the economy is shaking will only lead to one place and that is back to 2008. Do we really want to go back to dodgy subprime mortgages being sold to people that can’t afford the repayments on properties that have been artificially inflated by the market meaning the bricks and mortar is nowhere near equal to the debt? Thirteen years ago, this meant millions of mostly working class American families found themselves homeless and in debt, but because of the global nature of markets and the banking industry billions of working class people all over the world found themselves paying for the vast bailouts governments doled out to prop up the global banking industry after it gambled and lost.

We are almost a generation on since the last global crash – yet it seems no lessons have been learned. While in the UK the property market has been stable and in fact growing since 2010, that is because buy to let landlords have been filling the gaps the housing market left. Just 17% of our UK housing stock is socially owned – for all but the very lucky who have managed to get into a social home – the majority of lower earners live in inflated private rental properties.

In the last year since the first lockdown it is estimated by the Resolution Foundation that almost half a million families have fallen behind with their rent as a result of the coronavirus crisis. With the only government guidance being “to negotiate lowering rent,” the housing crisis, which has been at breaking point for many years is about to get crazily unstable. When any society has been through trauma, providing safe homes should be any government's first priority. Without a safe home, we have nothing.

After the Second World War both the Tory and the Labour parties committed to building mass social housing, in 2021 none of our politicians are talking about homes for the less well off. Why isn’t this top of the agenda again now?

Having a home somewhere safe to live as a base to get on with the rest of your life is fundamental, the Five Giants that William Beveridge set out to slay in 1942 as he introduced the idea of a Welfare State: Want, Disease, Ignorance, Squalor and Idleness, are again wide awake and making discomforting noises.

Disease has already reared its ugly head again and the world has learned the hard way over the last 12 months that a society without good healthcare for everyone is a false economy. Squalor won’t be far behind if we do not soon realise the same about housing.