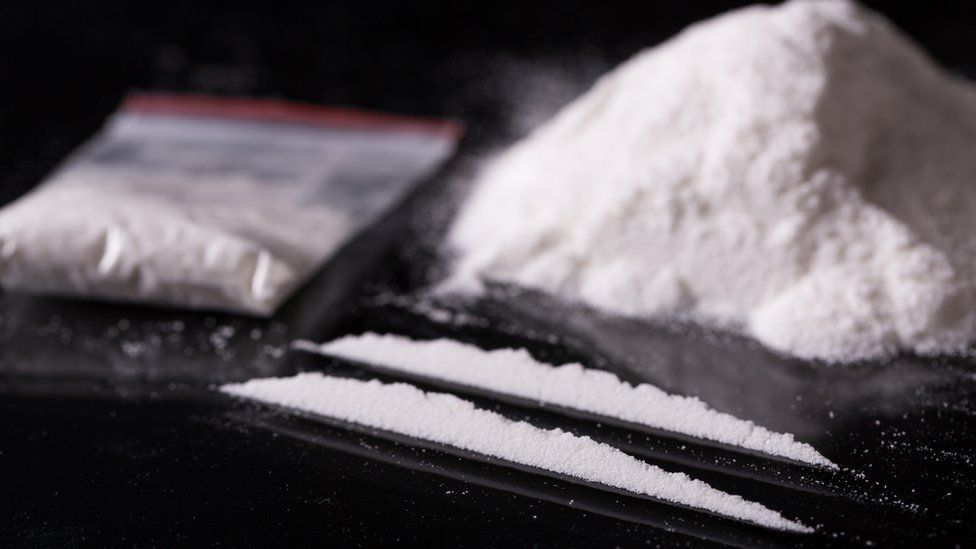 Drug deaths in England and Wales highest since 1993

The number of drug-related deaths recorded in England and Wales in 2020 was the highest since records began in 1993.

In total, 4,561 deaths related to drug poisoning were registered - equivalent to a rate of 79.5 per million people.

The Office for National Statistics (ONS) said about half of these would have occurred in 2019, because of delays in registering deaths.

The majority will have occurred before the pandemic, it added.

The latest figures, which are published annually, show stark differences between men and women, and among different regions.

There were more than twice as many deaths among men as there were among women.

The highest rate of deaths relating to drug misuse was in the North East of England, where 104.6 deaths were recorded per million people, and the lowest was in London, where that figure was 33.1.

In terms of age, the highest rate was among people aged 45-49. 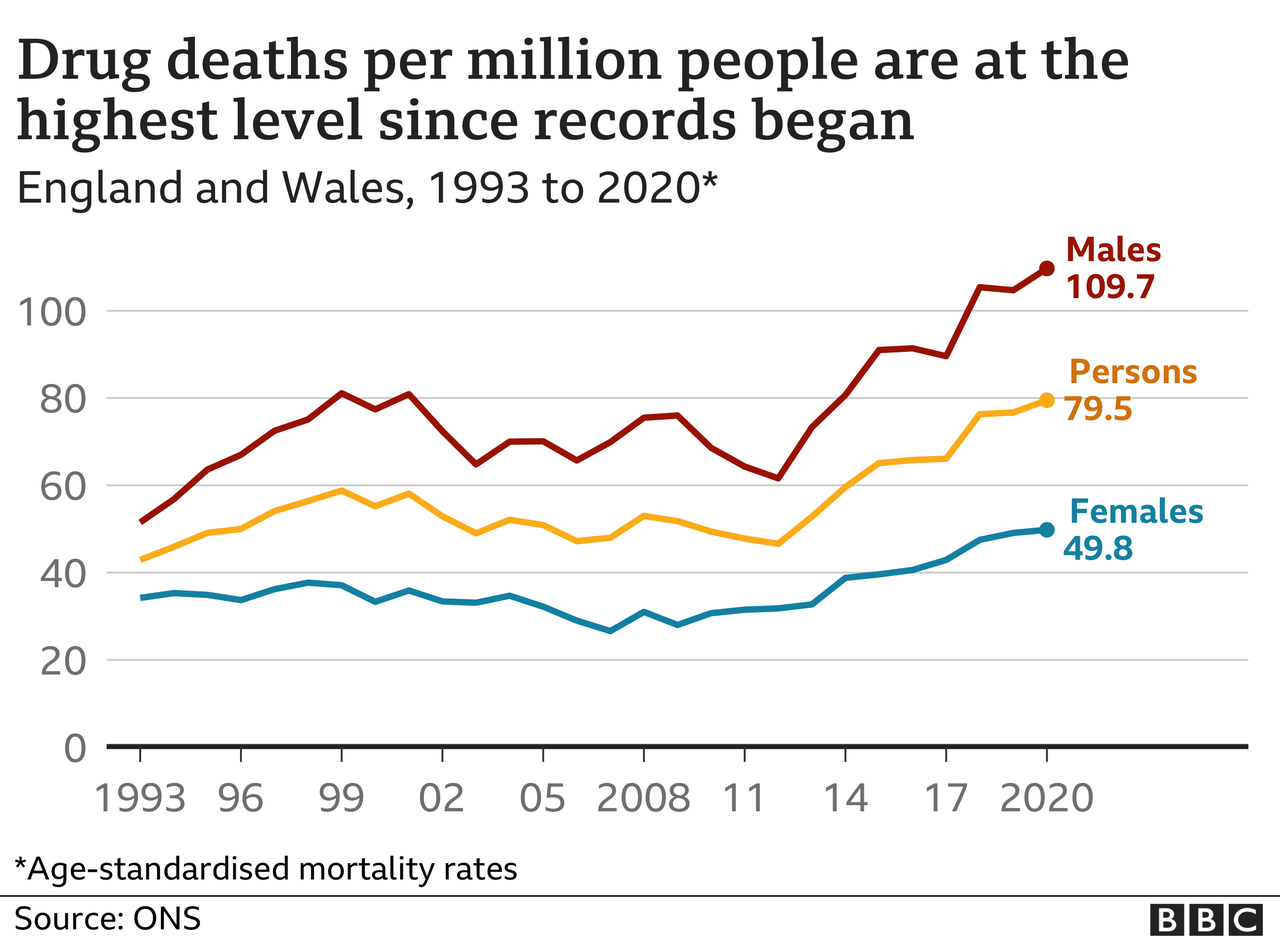 The ONS suggested the increase could possibly be down to an ageing cohort of drug users suffering from the effects of long-term use, as well as new trends in taking certain drugs - including gabapentinoids and benzodiazepines - at the same time as heroin or morphine.

'I was on the verge of death' 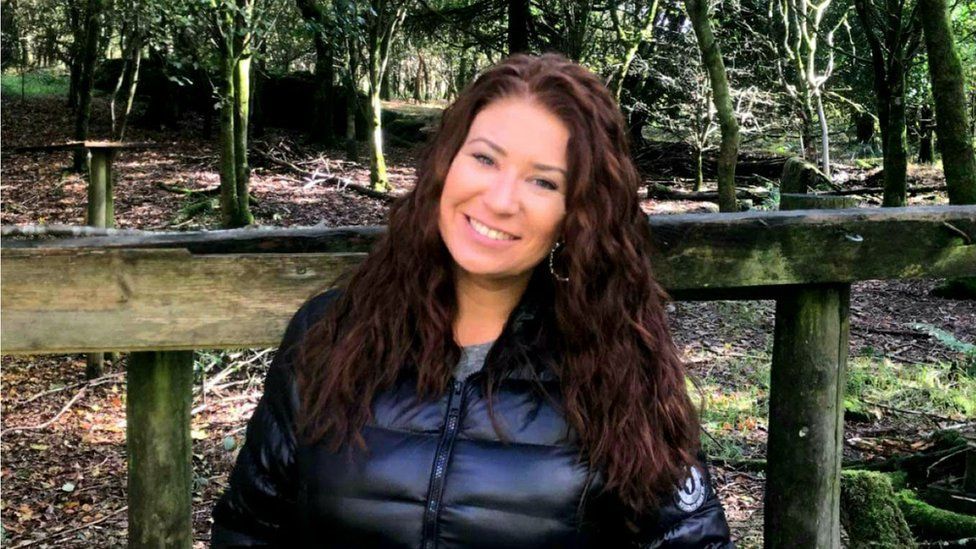 Georgina Gorin, 35, started drinking heavily and taking drugs as a teenager. She didn't expect that years later she would lose her children and her home.

She never thought she would be taking hard Class A drugs on the streets of Rochdale. And she couldn't have known that in the first Covid lockdown, bored and alone in an empty flat, her drinking addiction would spiral to another level.

"I knew that I was on the verge of death," she tells the BBC. "I rang my mum up at midnight crying because I wanted to die."

She spent a month in a treatment centre and has been sober since last May. But it wasn't the first time she had sought help. She had attended sessions funded by the council on and off for years - and says they need more funding if they are to help those who need it most.

"Everything got cut. Even the one-to-ones went from an hour to half an hour, and then it went to once a month rather than every week. Things just weren't available when you needed them," she says.

"You go into the doctors and you say, 'I think I've got a problem', so they refer you - but the waiting list is months - you might be dead before then."

Now 15 months sober, Georgina volunteers with the charity Turning Point and is able to see her children again.

"It's just wonderful. Just for today I can say that I haven't got any problems," she laughs down the phone. "It's just so nice to be able to be free and just know that today is a good day." 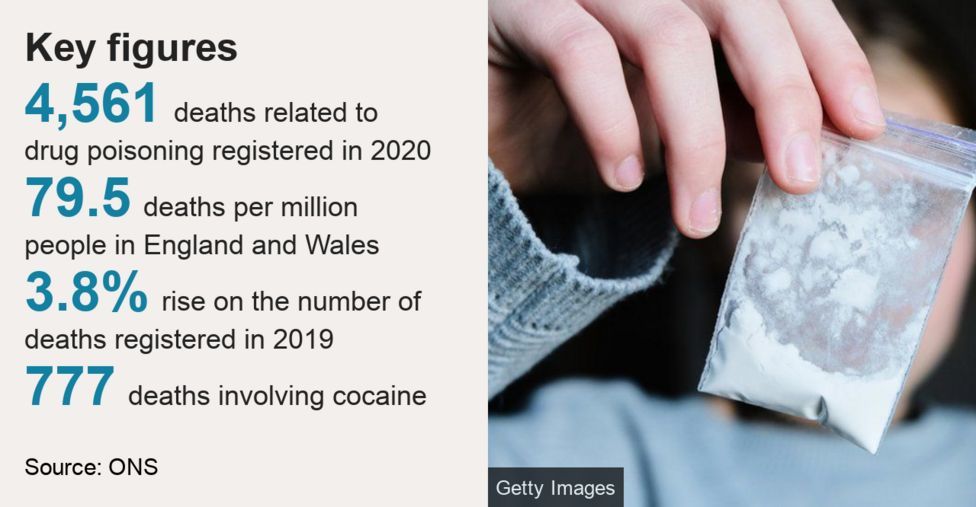 The ONS figures come after an independent review said spending cuts had left recovery services for drug addicts "on their knees".

Health Secretary Sajid Javid said ministers would "look closely" at the recommendations from Dame Carol Black, who called for an extra £552m investment over five years in England.

The government said it would set up a new cross-government unit on tackling drug misuse.

Commenting on the ONS figures, Dr Emily Finch, vice-chair of the addictions faculty at the Royal College of Psychiatrists, said: "Years of cuts have left addictions services ill-equipped to treat people and prevent these deaths from rising."

She added: "The government needs to wake up to the fact that cuts to services, disconnecting NHS mental health services from addiction services and shifting the focus away from harm reduction to abstinence-based recovery is destroying lives and fuelling the increase in drug-related deaths."

Eytan Alexander, chief executive of the UK Addiction Treatment Group, said there was a "parallel pandemic" of drug, alcohol and mental health issues that had "only worsened due to the virus".

Clare Taylor, national director of operations at Turning Point, said isolation, financial insecurity and fear during the pandemic "has hit many of those who were already vulnerable including people with a history of drug or alcohol problems".

"Every drug or alcohol related death is preventable, and our thoughts are with anyone who has lost someone this way," she said.

A government spokesperson said: "Any death due to drug misuse is a tragedy. To prevent people losing their lives to drug abuse we're launching a consultation today to improve access to naloxone. This will allow those working with addicts, including police, paramedics and prison officers, to administer the drug which helps reverse the effects of opioid overdose and save lives.

"We are already investing £148m to tackle the root causes of drug misuse including £80m for treatment and recovery - the largest investment in the drug treatment system for 15 years."