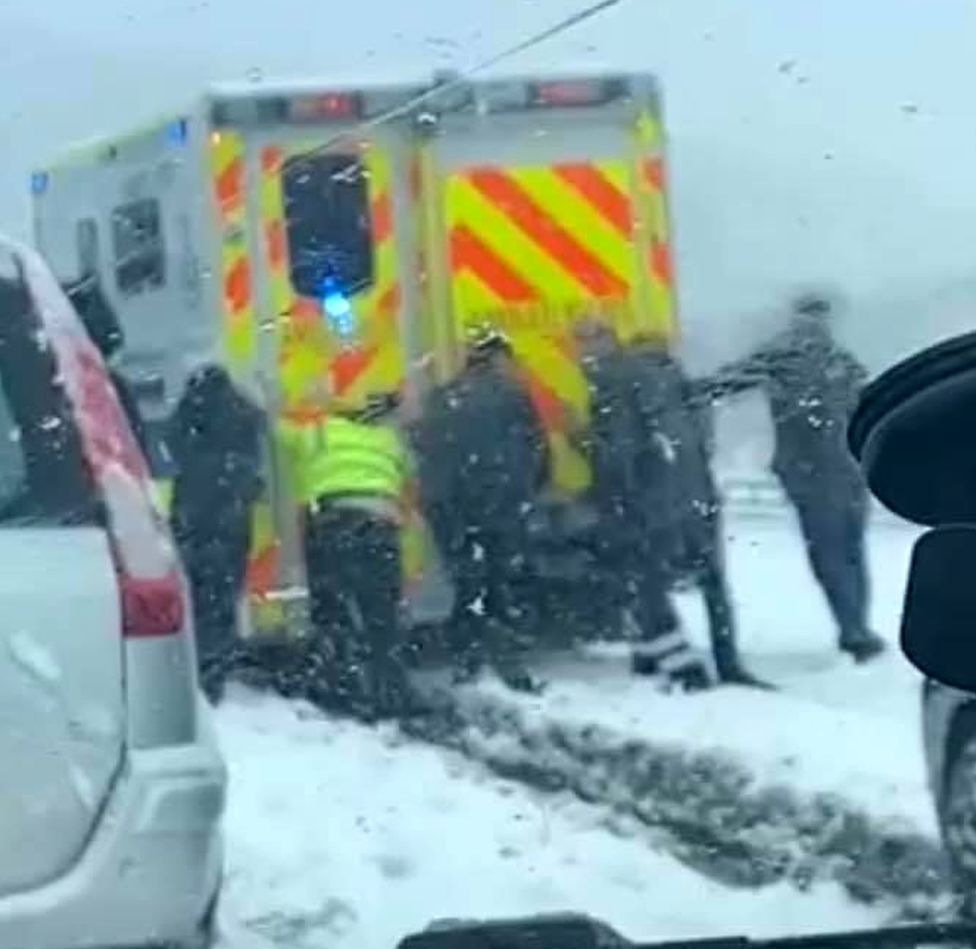 An ambulance rushing a baby girl to hospital in Aberdeenshire was rescued by members of the public after it became stuck in heavy snow.

Ten-month-old Jessica Louise Macleod, who spent the first six months of her life in hospital with a congenital heart defect, became ill after developing breathing difficulties on Friday.

At the same time, heavy snow from Storm Eunice was causing massive disruption to roads in the north east.

The ambulance became stuck in snow as it raced to hospital in Aberdeen.

'Told them to move'

Jessica Louise's mum, Melissa, 32, was amazed at how the public jumped immediately to help.

She told BBC Scotland: "It got stuck in the snow on the A96 while trying to get past other vehicles that were at a standstill. 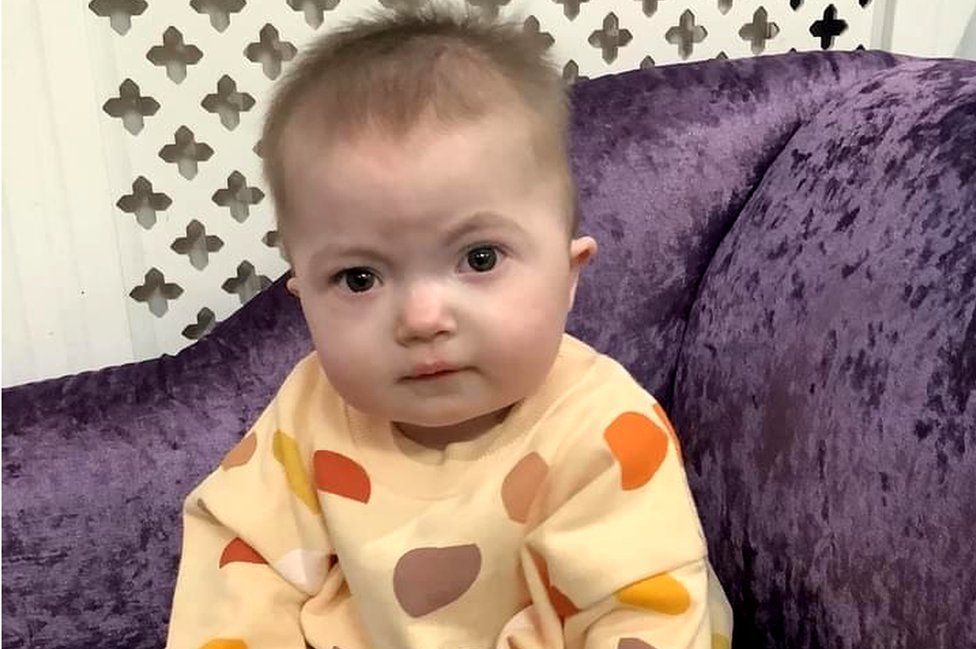 "Prior to this, there were vehicles not moving out of the way for the ambulance, so a lorry driver got out his vehicle and started walking down the road in the snow to tell people to move.

"Then the road went down to one treated lane and to get past, the ambulance had to drive on the untreated part of the road, where it became stuck. Literally within seconds there were people pushing the ambulance to free it."

They were freed quickly but the worry continued as a journey that would usually take 45 minutes in a car on a normal day, took the ambulance two hours with flashing lights and siren.

Melissa added: "I worried how long it was going to take to get there, but at that point Jessica Louise was stable and getting oxygen, plus she had been given some nebulisers at the GP which helped her breathe easier so she wasn't in any discomfort - thankfully."

Jessica Louise had been fighting a bug for the past two weeks. Her cough worsened on Tuesday and by Friday, Melissa called the doctor. The GP asked them to come to the surgery and it was on the car journey there that the baby deteriorated.

The doctor diagnosed a respiratory infection and called an ambulance for oxygen support as the baby was transferred to hospital.

After a dramatic journey, she is now on the mend at Aberdeen Children's hospital. 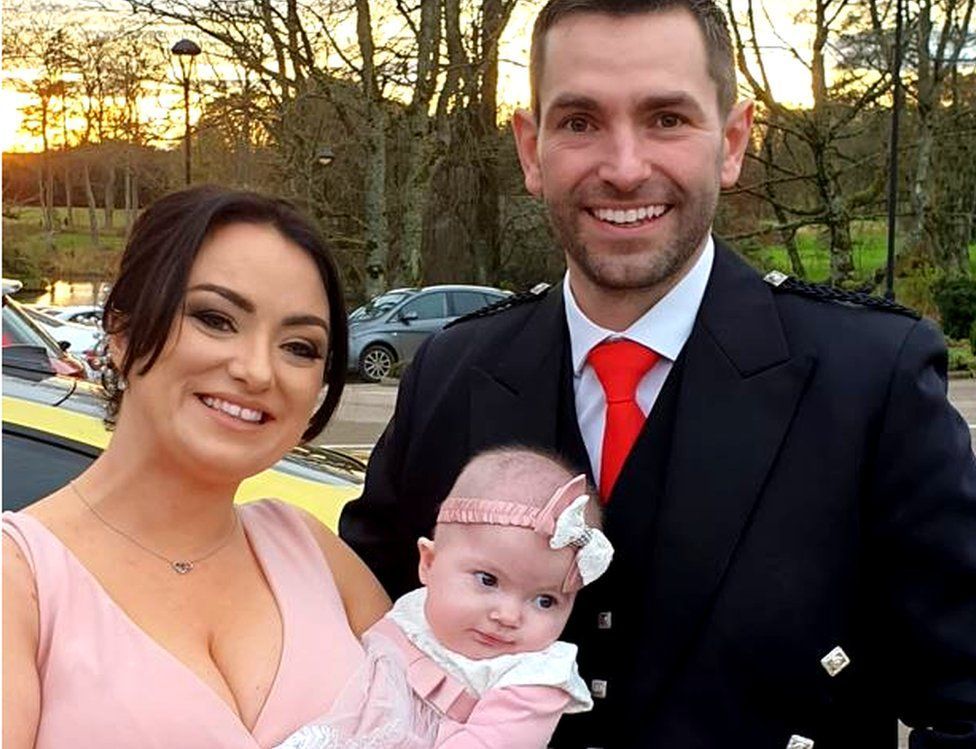 Melissa said: "Since we've been here a few hours and she has been started on medications she has perked up a bit, however I foresee us being in here for a few days to a week.

"But we went through a lot with Jessica Louise when she was born, so we are a little used to medical dramatics. Thankfully, this one is nowhere near anything like what we have been through with her before."

Jessica Louise's dad Donald took four hours to battle the snow on the A96 to bring things from home for the hospital stay.

The relieved mum wanted to thank those who went the extra mile.

"Thank you to the paramedics for getting us there safely against all odds. Thank you to everyone who cleared the way for the ambulance to get past and the lorry driver who got out his vehicle to tell people to move over even though he was wearing shorts.

"And a special thank you to all of those who pushed the ambulance when it was stuck in the snow, had you not done this I'm not sure when we would have got to the hospital."

Storm Eunice cased the closure of hundreds of schools on Friday with Aberdeenshire hit the worst.

Most of Scotland was under a Met Office yellow weather warning for snow from the early hours until 18:00.

A yellow warning for ice then took over and will be in place until 09:00 on Saturday.

Three people died as fierce winds swept across the UK.

Police in the north east of Scotland warned drivers only to travel if their journey was necessary, and said there were large tailbacks and significant delays in some areas.

Some minor roads roads around Angus, parts of Aberdeenshire and Argyll and Bute were also affected by heavy snow.