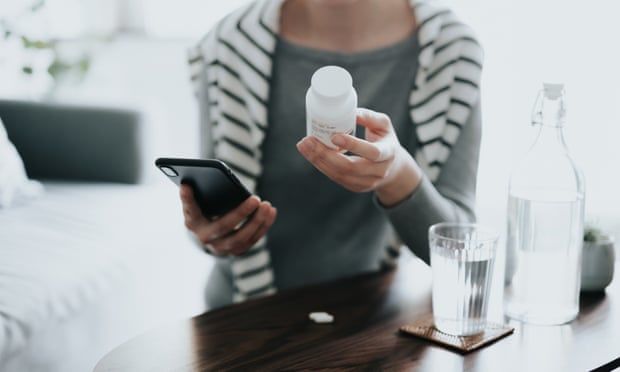 Government will be forced to abandon its plan to end a two-year trial of the scheme in August
Women in England will be able to access a “pills by post” abortion service indefinitely after MPs voted today to compel ministers to make it permanent instead of scrapping the scheme in September.

The decision will benefit tens of thousands of women every year who want to take the two tablets needed to end a pregnancy in the privacy of their own home rather than having to take the first at a clinic or hospital. They have to be taken within the first 10 weeks of pregnancy.

MPs took advantage of a free vote in the House of Commons on Wednesday afternoon to vote by 215 to 188 to force the government to abandon its plan to end the two-year trial of the scheme, which was brought in temporarily when Covid struck in spring 2020, on 29 August.

Seventy-two Conservative MPs voted with Labour members and others to ensure that at-home early medical abortion will be maintained. Maria Miller, the former culture secretary, and Matt Warman were among Tory MPs to speak in favour. Labour MPs who did so included Diana Johnson and Jess Phillips, the shadow minister for domestic violence and safeguarding.

Jubilant pro-choice campaigners hailed the vote as a major victory for abortion rights and women’s rights.

“We are absolutely delighted that MPs followed the evidence and above all listened to women when they voted for the continuation of this service,” said Clare Murphy, the chief executive of BPAS, a major provider of abortion services.

“Early abortion at home is safe, effective and an important option for women. We look forward to being able to provide this service into the future and are incredibly grateful to all the parliamentarians who championed it.”

MPs voted on an amendment to the health and care bill, which was first proposed by Conservative peer Liz Sugg and passed by the House of Lords two weeks ago. It then became the subject of a government “motion to disagree” when it arrived in the Commons as ministers sought to avoid being bound by it.

The vote will mean the landmark Abortion Act 1967 is amended and brings England into line with Wales, which recently decided to make the scheme permanent. Scotland is also planning to do the same as part of the new women’s health strategy of the Scottish nationalist administration at Holyrood.

“This was a vote for evidence over ideology, a vote for reproductive rights and a vote for gender equality,” said Louise McCudden, the UK advocacy and public affairs adviser at MSI Reproductive Choices, a global provider of termination support, including 60,000 a year in England.

“Making this safe and popular service a permanent option will particularly benefit those who struggle to attend face-to-face appointments, including those in abusive relationships, those with caring responsibilities, and those without transport.

“Everyone chooses abortion for different reasons and under different circumstances. It is important that we can offer options that take into account personal circumstances – and that includes taking both pills at home.”

Maggie Throup, the public health minister, sparked an outcry from medical groups, pro-choice organisations and abortion service providers when she announced last month that the two-year experiment with “pills by post” would be extended by six months and then axed altogether in England.

Several medical royal colleges, including the Royal College of Obstetricians and Gynaecologists, and the British Medical Association criticised the plan to end the scheme as a betrayal of women’s rights because it would deny them the chance to choose where to take the pills.

Anti-choice groups reacted with dismay to the vote. “This is a shameful day,” said Alithea Williams, the public policy manager at the Society for the Protection of Unborn Children.

“It is disgusting that a healthcare bill has been hijacked to push through something that is not healthcare by any definition.”
#Johnson  #Covid
Add Comment