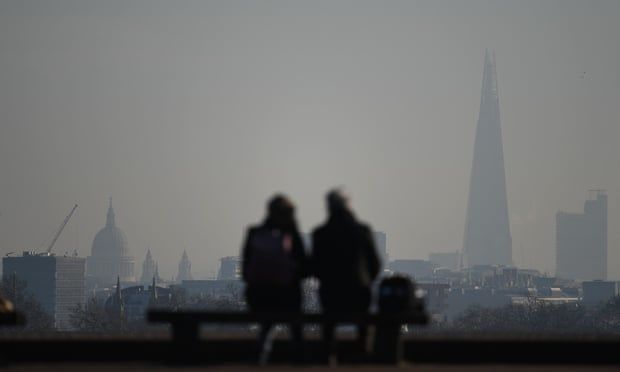 Slough, London and Leeds among worst locations on map showing air pollution above WHO limits

Virtually every home in the UK is subjected to air pollution above World Health Organization guidelines, according to the most detailed map of dirty air to date.

The map, produced by the non-profit group the Central Office of Public Interest (Copi) and Imperial College London, combined 20,000 measurements with computer modelling to produce pollution estimates every 20 metres across the country. People can check their address at the website addresspollution.org for free.

The website also ranks each address against national pollution levels. For example, Buckingham Palace in London is in the 98th percentile, with highly polluted air, while Balmoral Castle in Scotland is in the zero percentile, with the cleanest air.

The towns and cities with the highest proportion of homes in the top 10% most polluted nationally are Slough in Berkshire, with 90%, followed by London, with 66%. Others in the worst 10 include Portsmouth, Leeds, Manchester and Reading. 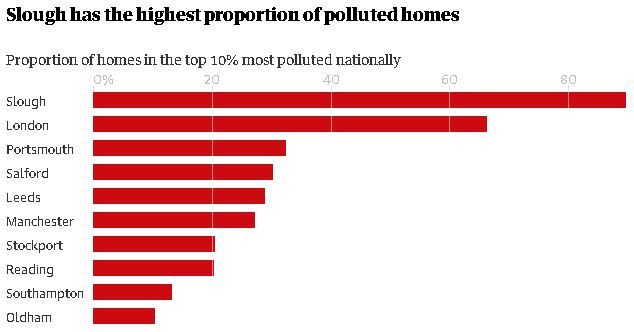 Copi is calling for a legal requirement for air pollution data to be disclosed to home buyers and renters, as is already the case with asbestos, for example. “Air pollution affects all of us. With this new accurate data now publicly available, it would be shameful for the property industry to not start acting transparently – lives depend on it,” said Humphrey Milles, the founder of Copi, which promotes public awareness campaigns on issues it says are being neglected by government.

The WHO sharply reduced its guideline limits for air pollution in September, to reflect the increasing scientific evidence of the harm to health caused by toxic air. A 2019 review concluded that air pollution may be damaging every organ in the body, causing at least 7 million early deaths a year worldwide and about 40,000 in the UK. The WHO says air pollution is the biggest environmental threat to human health and is a public health emergency.

The air pollution campaigner Rosamund Kissi-Debrah said: “This new data shows yet again that the government is failing the British public. Now people can really see the filthy air they’re breathing at their home, school or work address. Everyone needs to know what they’re breathing, and now with this new public service they can.”

Kissi-Debrah’s nine-year old daughter Ella died in 2013, and a landmark coroner’s ruling later cited air pollution as a cause of death. The coroner then issued an official “report to prevent future deaths” in April 2021, which said: “Greater awareness [of air pollution] would help individuals reduce their personal exposure to air pollution. Publicising this information is an issue that needs to be addressed by national as well as local government.”

Prof Sir Stephen Holgate, a special adviser on air pollution to the Royal College of Physicians, said: “Air pollution is an invisible killer, and it’s easy for people to forget and ignore. It’s essential that the public are given air pollution data for where they are thinking of buying or renting. In many cases like that of little Ella, it can be a matter of life or death.”

Rebecca Marsh, the UK’s property ombudsman, said: “Air pollution is information all consumers should be aware of before they make a decision on a specific property. Arguably, this is material information that all sellers or landlords should be providing.”

The map shows annual average pollution levels for 2019, the last year that was unaffected by Covid-19 lockdowns and travel restrictions. Even using the previous higher WHO guidelines, 55% of UK addresses would still breach the limit for at least one of the three pollutants.

Sean Beevers, a researcher at Imperial College, said: “It is not just a London problem, so people should be thinking about air pollution more. What had previously been seen as reasonable levels have now been thrown out the window.”