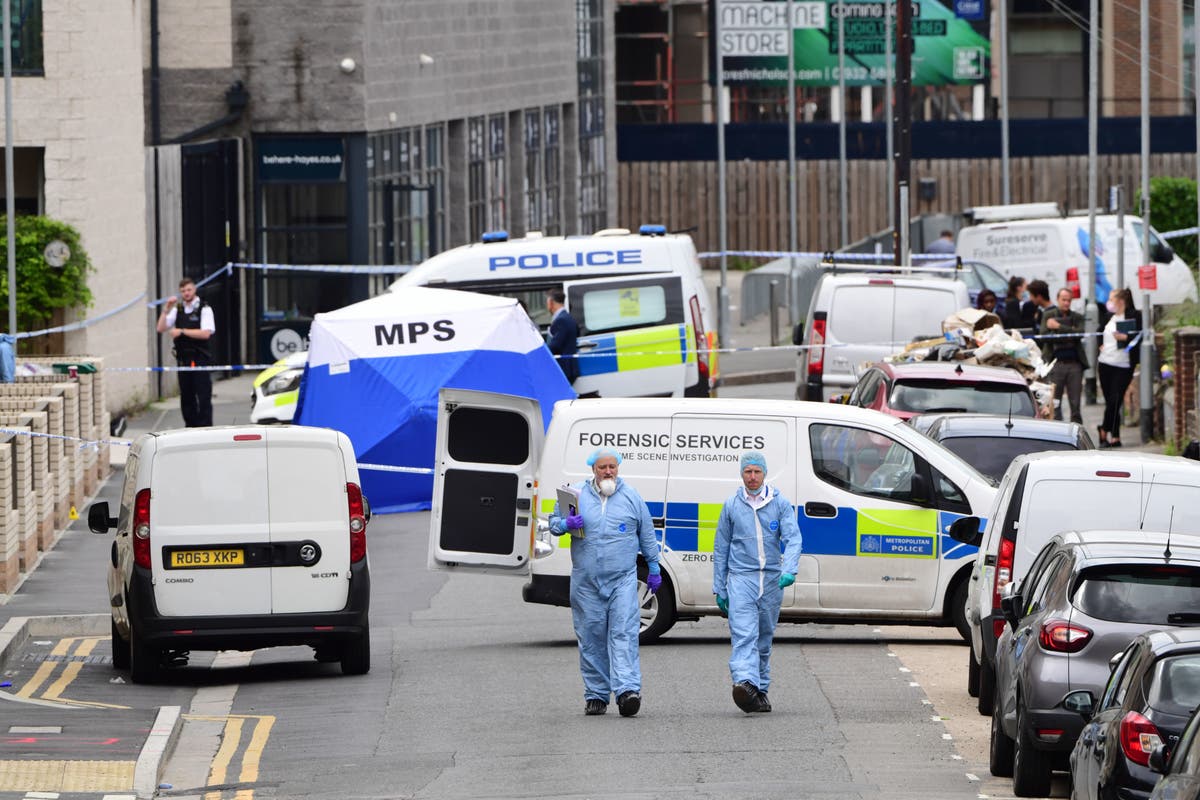 London’s violence reduction unit “hasn’t even started” having an impact on reducing knife crime, according to experts who say their recommendations made three years ago are yet to be implemented in full.

Dismayed members of the youth violence commission, whose report led Sadiq Khan to establish the unit, criticised the body for not being independent or being able to hold the Mayor to account. In July 2018, the advisers urged London to adopt a public health-focused model which had more than halved the murder rate in Glasgow in 2005 and cut the teenage murder rate to zero. However, Scotland Yard has warned that London is on track for its worst year for teenage killings.

Damarie Omare Roye, 16, was 2021’s 22nd victim after being fatally stabbed by attackers on a moped in Thornton Heath on July 9.

So far, 20 youngsters have been killed with a knife, one was shot and a 14-year-old boy died in an arson attack. If this rate continues, the number of teenage fatalities for the year will top 30 for the first time, overtaking the peak of 29 in 2008, as well as the 26 recorded in 2019.

In 2018, after launching the public health initiative which the Evening Standard had campaigned for, Mr Khan said “to really make significant progress can take up to 10 years, a generation”.

But three years on, criminologist Dr Keir Irwin-Rogers, of the Open University, said: “We’re not getting anywhere because we haven’t started yet and no one’s seen a 10-year plan. When we spoke about a public health approach to violence, it had to be long-term and well-resourced. It hasn’t happened.” 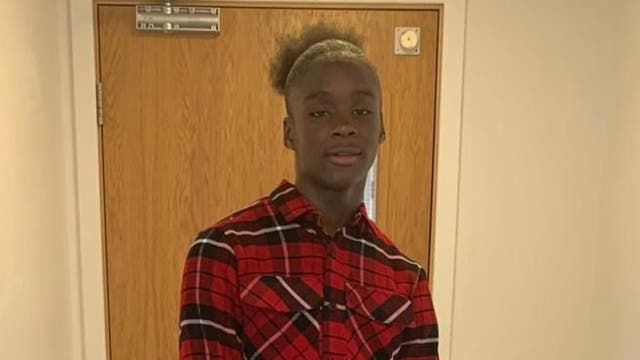 Damarie Omare Roye, 16, was stabbed by attackers on a moped in Thornton Heath earlier in July

Although there had been some good work, Mr Irwin-Rogers said violence reduction units around the country are “getting peanuts from the Government in terms of funding”, mostly on a year-to-year basis making it almost impossible to carry out long-term preventative work. He highlighted work by councils in Lambeth, Newham and Croydon as good examples of how to tackle gang culture.

The public health model recognises that most people involved in serious youth violence have a history of trauma.

Former headteacher Alex Atherton, the commission’s education adviser, said lockdown had made it worse for vulnerable children out of school, living in poor housing and suffering a lack of social services care.

He said: “What shocks me, is the gaps that have opened up. There are not going to be any quick fixes. It’s going to be some time before the full impact is seen. We’re on 22 murders, and it’s accelerating. It’s frightening to think where we might end up.”

The youth violence commission surveyed more than 2,000 youngsters before publishing its report. About 16 per cent of 12- to 22-year-olds said they felt unsafe at home.

Mr Atherton is disappointed that more young people are not being consulted about the societal causes of knife crime. The London violence reduction unit insists it does give them a voice.

Mr Atherton said some positive family relationships were built during the pandemic, but added: “I don’t see any willingness to grasp how bad it is in terms of mental health issues. The long-term impact of this will be with us for decades if we do not invest now.”

Former Lib-Dem mayoral candidate Siobhan Benita, who authored the commission’s interim report, said: “We were really committed to make sure young people were at the heart of what we did. It’s too late to deal with the issue once young people are already affected by serious violence.

“Most victims or perpetrators have a multiple number of issues going on in their lives — serious trauma, they’re affected by domestic violence, addiction in the home and school exclusions.

“They’re misunderstood and misdiagnosed about things happening from a really early age. That makes them very vulnerable to organised crime.”

Retired Met superintendent Leroy Logan said police cannot stop and search their way out of the knife crime epidemic. To do so in 2021 is like operating in “an analogue” world, he said.

He added: “Young people feel over-policed and under-protected. Stop and search creates tension. No one is going to come forward to give evidence in court if they believe the police can’t make them secure. When you’ve got young people saying they feel safer carrying a knife than talking to police, you’re clearly not addressing mistrust issues.” 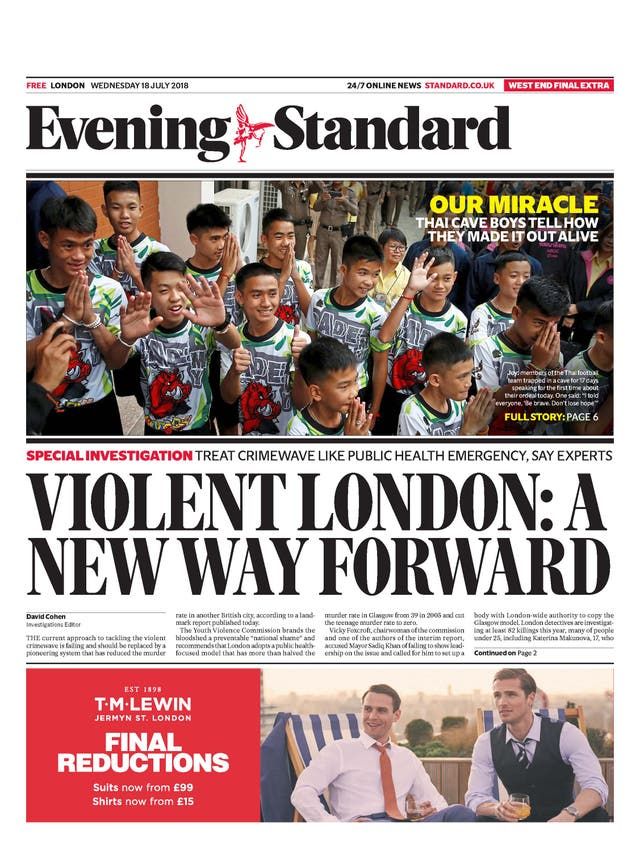 Ms Benita added London’s violence reduction unit was still “talking the talk but not walking the walk” when it comes to prevention and early intervention. She said: “The Mayor’s fall-back is saying youth violence is all about policing and criminal justice. By the time the police are involved, it’s too late.

“Why we’re seeing this spike now is all those issues we know about inequality, poverty, lack of opportunity and employment, kids missing out on schooling and going hungry, all of those things have just got worse in the pandemic. What’s needed is huge investment in levelling up poor communities but that’s not happening. What we are seeing now is entirely predictable.”

"Most victims or perpetrators have a multiple number of issues going on in their lives — serious trauma, they’re affected by domestic violence, addiction in the home and school exclusions"

Dr Duncan Bew, a trauma surgeon at King’s College Hospital, added that during the mayoral elections knife crime was used as a political football by both Labour and the Conservatives.

He said: “People want simple and fast solutions to these problems. That means they don’t work together. The idea that a single blade or weapon is the cause of youth violence isn’t right. Without continuing support, we’ll let people down and won’t really get to the root of the problem.”

Since the creation of London’s violence reduction unit a further 17 have been set up across England and Wales.

But Dr Bew claims those outside London operate without political leverage and are independent of mayors. In the capital, critics allege the unit works far too closely with the Mayor’s office for policing and crime. Last Thursday, directors from 18 units met for a virtual conference to discuss progress.

Director Lib Peck said: “The causes of violence are complex and involve deep-seated problems. London’s violence reduction unit was set up by the Mayor in 2018 to bring down violence in the long-term and to help tackle the complex causes now. The unit has benefited from nearly £30 million of investment. Last year alone, it commissioned 126 programmes and projects which helped 80,000 young Londoners — providing support and opportunities.

“Thanks to our efforts, there are some signs of progress with violence falling in London, which began before the pandemic. But the number of teenagers being murdered in recent weeks shows how much more we still have to do.”

He singled out My Ends in eight boroughs and the Rise youth worker mentoring programme. But they need long-term holistic support from partners and big business.

Mr Trowsdale added: “We spend an awful lot of money on sticking plasters and an entire industry has sprung up around their supply.

“You will be hard-pressed to find a sector that shouts so loud about its successes against a backdrop of abject failure as things have got worse.

“Ten-year-old Damilola was stabbed to death in Peckham 20 years ago. It was front page news around the world. Who on earth can try and claim we have safer streets?”