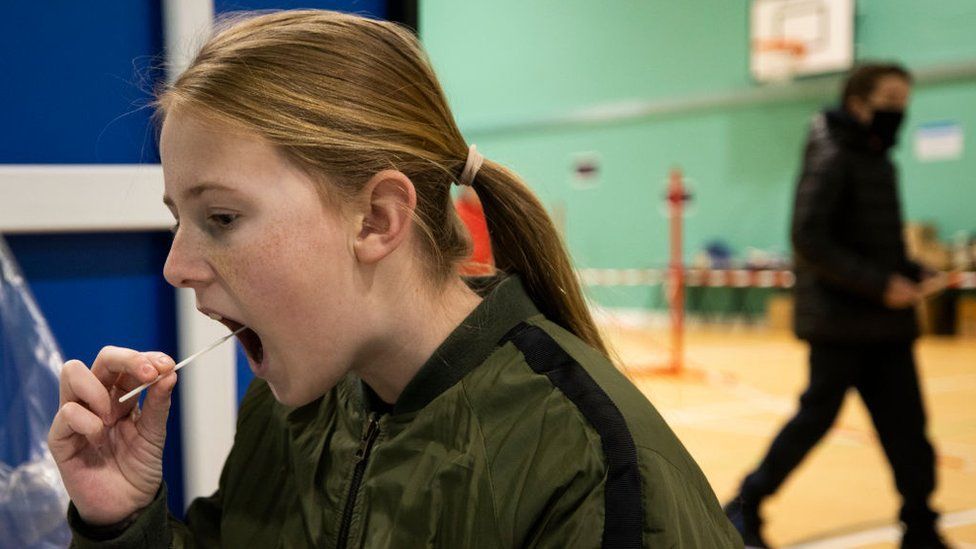 Daily rapid testing of school pupils who are close contacts of a Covid case did not lead to more virus spread than sending them home, a study has found.

Around 2% of close contacts with test results turned out to have coronavirus.

The findings, which have not yet been peer-reviewed, did not prove that a policy of rapid testing led to fewer Covid-related absences.

But the study authors say that schools that successfully implement daily testing should see fewer absences.

Covid rules in many UK schools will be different for the new school year.

But the policy has created huge disruption to children's education since September.

Any requirement for children and adults to self-isolate as close contacts will be removed in England from mid-August, as already announced by the government.

The Scottish government is reviewing its approach to self-isolation for school children, who return to lessons in August. In Wales, the education minister has said he wants to minimise the number of pupils self-isolating.

Since March, schools have offered twice weekly rapid tests to all pupils, with those testing positive having to self-isolate, along with close contacts, for 10 days. They replaced PCR tests, which were sent away to a lab for results, when students had symptoms.

But that's meant growing numbers of pupils absent from school - around one million were off due to Covid in England last week.

But only 47,000 of those actually had Covid - the rest were defined as close contacts so had to self-isolate and stay off school, even though they were in the routine of taking tests to establish whether they had become infected. 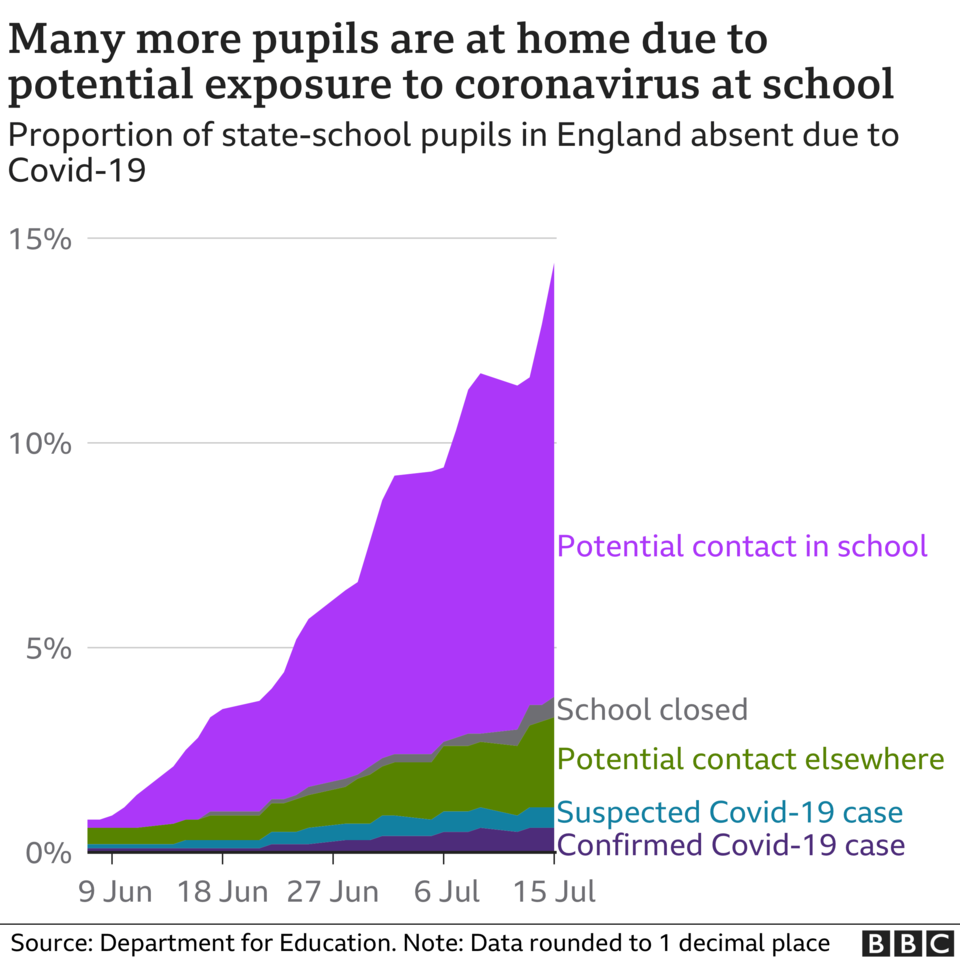 This pre-print study, in 200 secondary schools and colleges in England, between April and June 2021, suggests there is another way, with less than 2% of children exposed to Covid-19 in schools ending up infected in tests done on pupils without symptoms.

"Children and parents have made enormous personal sacrifices throughout this pandemic by isolating when needed, and we all know the disruption it has caused in their lives," she said. 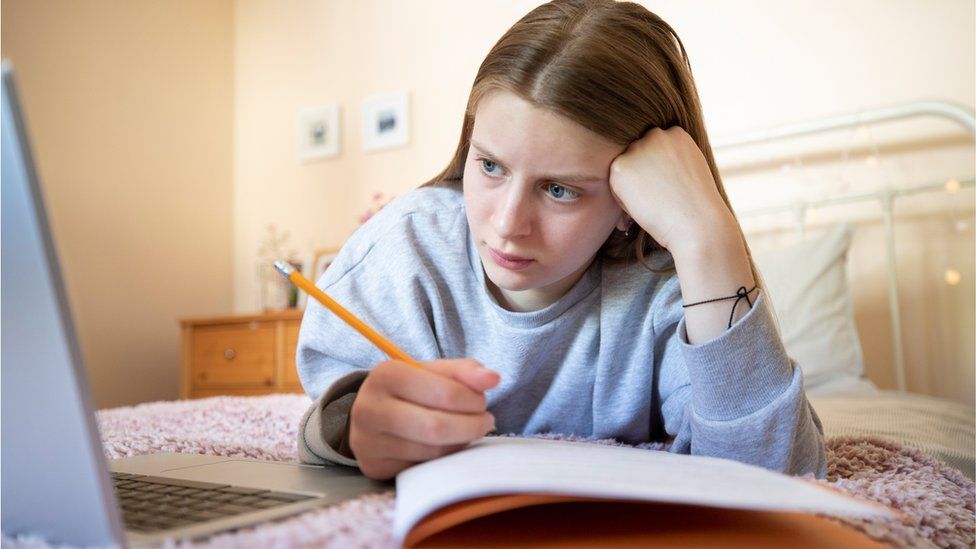 The University of Oxford study asked half of the schools to continue with the current policy while the other half invited close contacts of positive cases to take lateral flow tests every day at school. If they tested negative, they were allowed to attend school as normal.

Involving more than 200,000 students and 20,000 staff, the study found no evidence that the rate of students and staff developing Covid symptoms was different in the group doing daily testing compared with the group of close contacts isolating at home.

The study could not prove that the policy cut school absences, but the researchers claim that daily contact testing could reduce absences by up to 39%.

The researchers said pupils and staff were more likely to take daily tests because there was no social penalty to doing them, as there was with isolation when friends had to be named as close contacts.

Although they admit lateral flow tests aren't perfect, they say the tests are good at identifying people who are most infectious, who can then be withdrawn from school.

David Eyre, study author and associate professor at the University of Oxford, said the findings were "good news for students, parents and teachers".

"The study supports earlier findings from Test and Trace data showing that most children who are in contact with Covid-19 in schools don't go on to get infected.

"Daily testing was able to identify most of the small number that do, which allowed them to safely isolate at home, while allowing the large majority of other students and staff to remain in school."

Prof James Hargreaves, from the London School of Hygiene & Tropical Medicine, said there were some limitations with the study, and better follow-up in the schools studied would have been reassuring.

Prof Paul Hunter, from the University of East Anglia, said schools would probably still need some controls on their return.

"At least daily testing... will have less harm on children's education than the current exclusion policy, whether or not it has real benefit in controlling the epidemic," he said.

The researchers said they were now doing whole genome sequencing to understand whether coronavirus cases in the study were linked to each other. This will help them understand how the virus is spread in schools and colleges.