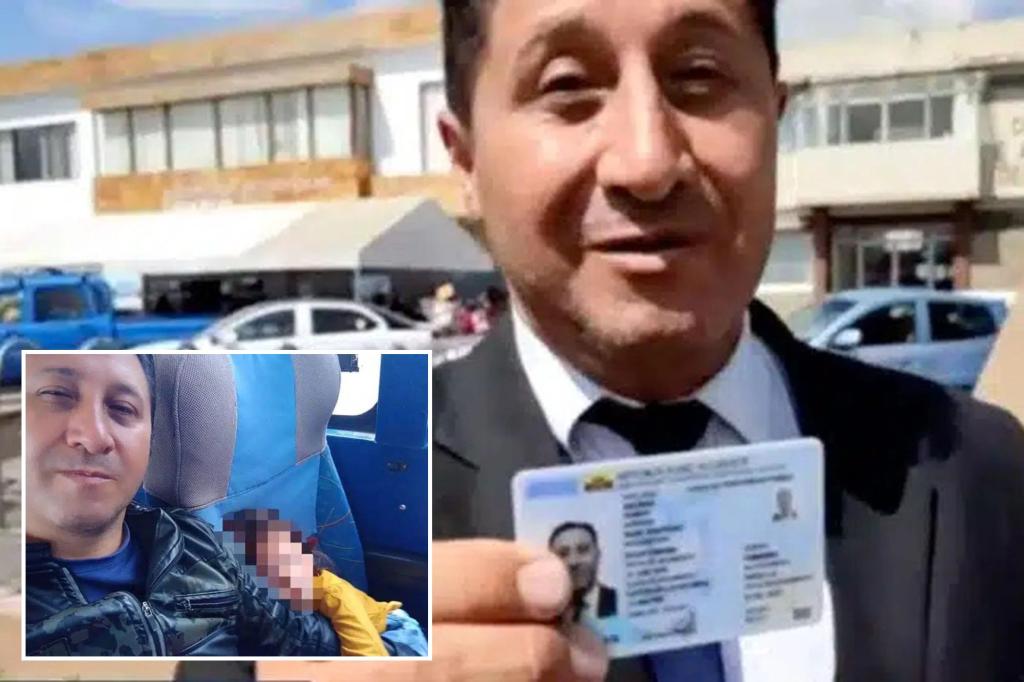 Ecuadorian father René Salinas Ramos, 47, has changed his gender identity to female on legal documents, despite the fact he still identifies as male in his everyday life. The dad's actions have upset transgender rights activists who say he is taking advantage of the law.
A father has legally changed his gender identification in an attempt to gain custody of his two young daughters following a bitter split from his wife.

René Salinas Ramos, 47, is now listed as female on official documents in his native Ecuador — despite the fact he still identifies as a cisgender male in his everyday life.

The desperate dad claimed he made the drastic decision due to the justice system in his country which he said typically benefits mothers in custody cases.

“Being a father in this country, Ecuador, is punished and I’m only seen as a provider,” Ramos told local outlet La Voz del Tomebamba. “What I have been looking for is to give the love and protection that a mother can give her children.”

Ramos alleged that his daughters currently live in an abusive environment with their mother, and claimed he hasn’t seen his children in more than five months.

“The laws say that the one who has the right is the woman. As of this moment, I am female. Now I’m also a mom, that’s how I consider myself,” Ramos told media assembled outside the city of Cuenca’s Civil Registry office on Dec. 30. “I am very sure of my sexuality. What I have sought is that I want to be a mother, so that I can also give the love and protection of a mother.”

However, his actions have angered activists across the country who fought hard to have the law changed for genuine trans citizens. The Ecuadorian Federation of LGBTI Organizations released a statement denouncing Ramos’ “outlandish” actions earlier this week.

Rodríguez also told the outlet she first thought this was “fake news”, but now “we are afraid that in the Assembly things will go backwards and they will start legislating against us.”

Meanwhile, the custody battle between the dad and his ex-wife is ongoing.

“Until this matter is resolved, [the children] have to stay with their mother,” Ramos said, as reported by Jam Press. “The law is taking away our right to be parents. [Changing my official documents] is a proof of love.”

Ramos is Ecuador’s first reported case of a man taking advantage of the change-of-gender laws in an attempt to give himself a leg-up in a custody case.

In the US, laws regarding trans citizens changing their gender identity differ according to the State.

According to Bankrate, transgender individuals can legally change their gender on their driver’s licenses in all 50 States — but the process can be challenging. Some States require a birth certificate amendment and proof of gender-affirming surgery.

Meanwhile, in California, a dad claims he lost custody of his son after he questioned his transgender identity.

In a separate case, a Texas jury ruled against a father who had sought custody of his twin sons in his attempt to stop one of the boys, from changing his gender in 2019 when he was 7 years old. The dad expressed concerns Thursday that his ex-wife, pediatrician Dr. Anne Georgulas, will allow their son, now 9, to be “chemically castrated.”
Add Comment