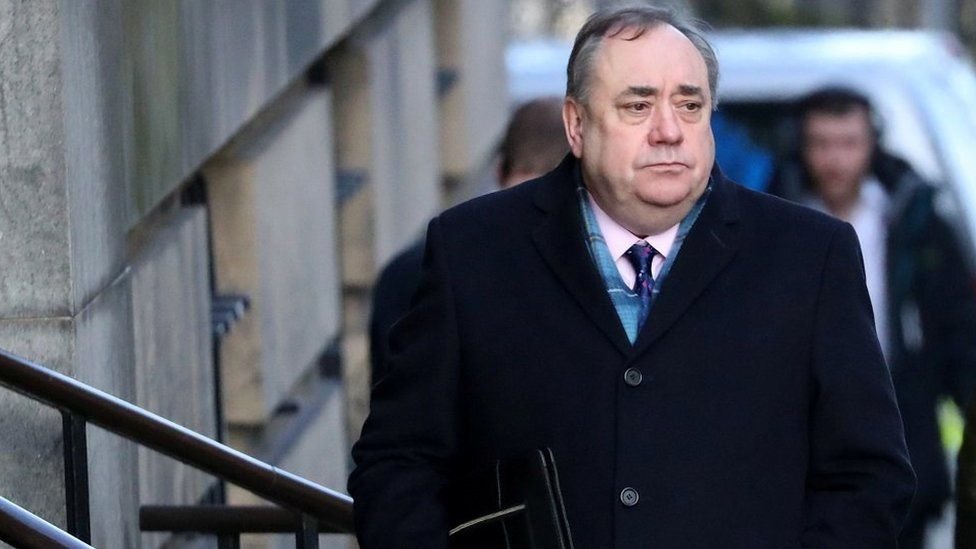 The Crown Office has handed over evidence to the Holyrood inquiry into the handling of harassment claims against Alex Salmond.
It follows an unprecedented move by MSPs to use legal powers to seek documents from the prosecution service.

Prosecutors have confirmed they have given "material" from the former first minister's criminal trial to MSPs.

But committee members were also asked to consider whether it is in the public interest to publish it.

A spokesman for the Crown Office said: "Material has been provided to the committee and the convener has been respectfully asked to give careful consideration as to whether or not it is appropriate and in the public interest to publish material Crown Office and Procurator Fiscal Service (COPFS) has provided.

"The Lord Advocate and Solicitor General for Scotland have not had any decision-making role in the investigation and prosecution of Alex Salmond and any subsequent related matters."

The committee was set up after a judicial review court case where the Scottish government admitted its internal investigation of two harassment complaints against Mr Salmond had been unlawful.

The government had to pay out more than £500,000 in legal expenses to the former first minister, who was later acquitted of 13 charges of sexual assault in a separate criminal trial.

Last week MSPs on the committee issued a notice to the Crown Office under part of the Scotland Act, demanding a number of documents.

It was the first time MSPs have issued such a formal request in the history of the Scottish Parliament.

The notice, formally issued by Holyrood chief executive David McGill, says the COPFS "may hold documents relevant and necessary for the committee to fulfil its remit".

The committee was seeking the release of documents detailing text or WhatsApp communications between SNP chief operating officer Susan Ruddick and Scottish government ministers, civil servants or special advisers from between August 2018 and January 2019, that may be relevant to the inquiry.

It also asked for any documents linked to the leaking of complaints to the Daily Record newspaper in August 2018.

A Scottish Parliament spokeswoman said: "The committee received a response from the Crown Office this evening.

"This response will be considered by the committee when it next meets."

Mr Salmond looks set to appear before the inquiry on 9 February, while his successor as first minister, Nicola Sturgeon, is expected to give evidence the following week.
Add Comment