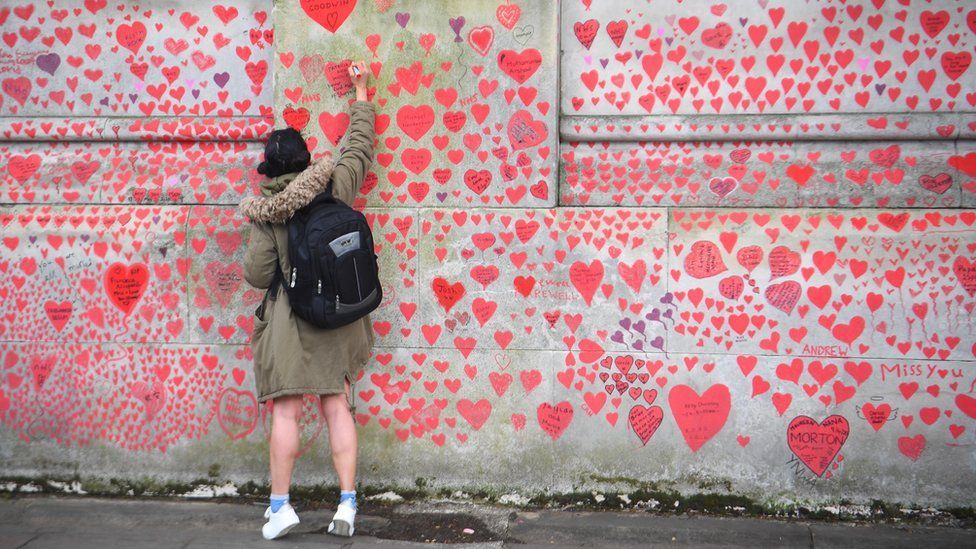 The UK has announced zero daily Covid deaths within 28 days of a positive test for the first time since March 2020.

It comes amid concern over a recent small rise in cases linked to the variant first identified in India.

Reports of daily deaths are often lower at weekends and at the start of the week.

This is because less counting takes place while statisticians are off - and adding in the bank holiday weekend will make this figure less certain still.

Any deaths that happen on Tuesday will be reported in days to come.

Health Secretary Matt Hancock said the whole country would be "so glad" to hear the news.

He added: "The vaccines are clearly working - protecting you, those around you and your loved ones.

"But despite this undoubtedly good news we know we haven't beaten this virus yet, and with cases continuing to rise please remember hands, face, space and let in fresh air when indoors, and of course, make sure when you can you get both jabs."

Meanwhile, Public Health England's medical director Dr Yvonne Doyle said the death figure was "encouraging", but echoed the health secretary's call for people to get a vaccine due to rising cases.

It is a blessed relief for the government to announce no deaths in their daily figures for the first time since the pandemic got going.

There are always ifs and buts.

Today's deaths tell us what was happening with infections a month ago and, right now, it looks like the virus is on the rise again from its current low base.

And the daily count isn't a perfect picture: some people who died over the bank holiday may have their passing reported on Wednesday.

In fact, according to the UK's current definition, deaths within four weeks of a positive test, there was a day with no reportable deaths last summer - on 30 July.

But the government did announce some deaths on that day as they were using a different definition at the time.

The pandemic is far from over, but this is a unique day in its history to date.

We can celebrate it and hope that we'll see more like it in the near future. 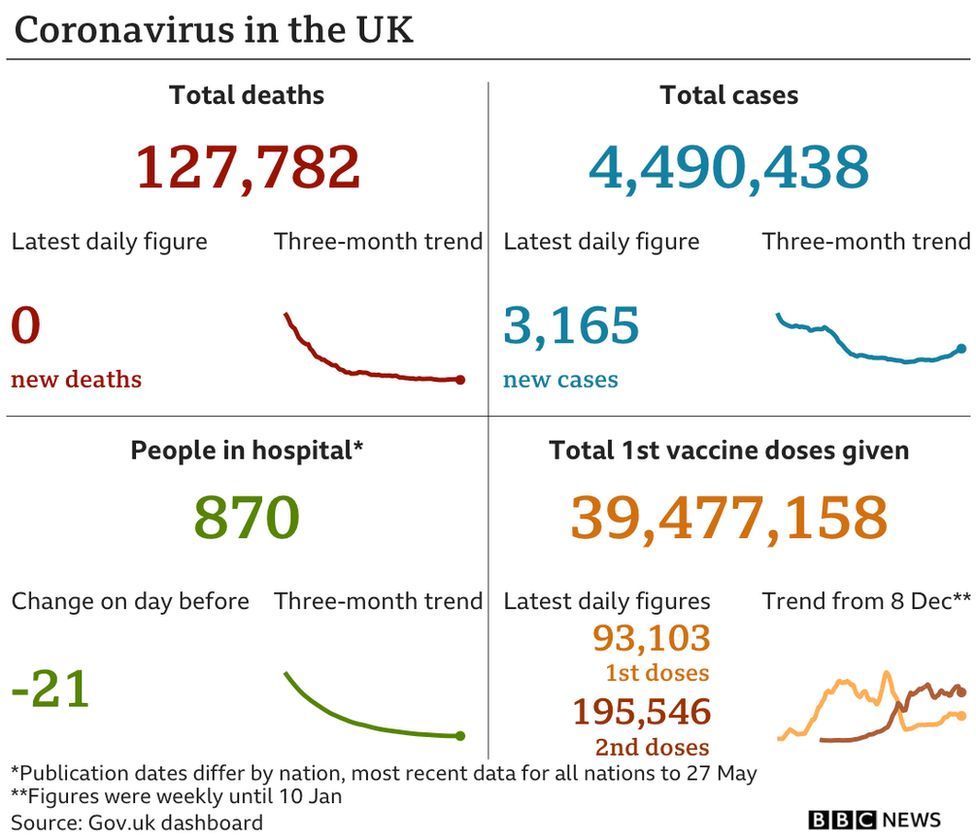 The UK's daily death rate, the number of people being admitted to hospital and those catching the virus have fallen from a peak reached in January.

This comes against the backdrop of the increasing numbers of people receiving the first or second dose of a vaccine.

More than a third of the adult population have now received both doses.

However, the success of the UK's vaccination programme does not mean that the battle with Covid is over, a scientist advising the government has said.

There have been calls to delay ending Covid restrictions in England on 21 June amid warnings of a third wave.

But earlier Downing Street reiterated that Prime Minister Boris Johnson had seen nothing in the data to suggest the plan would need to be postponed.

A final decision on the last stage of the government's roadmap in England for lifting lockdown - which would remove all limits on how many people you can meet - will be reached on 14 June.

The timetable for relaxing Covid measures varies across the UK.

In Scotland, the easing of restrictions has been paused for millions - but rules are to be relaxed in Glasgow from Saturday.

In Wales, there is due to be a review on 3 June. In Northern Ireland, some measures were relaxed on 24 May - the next review is due on 10 June. 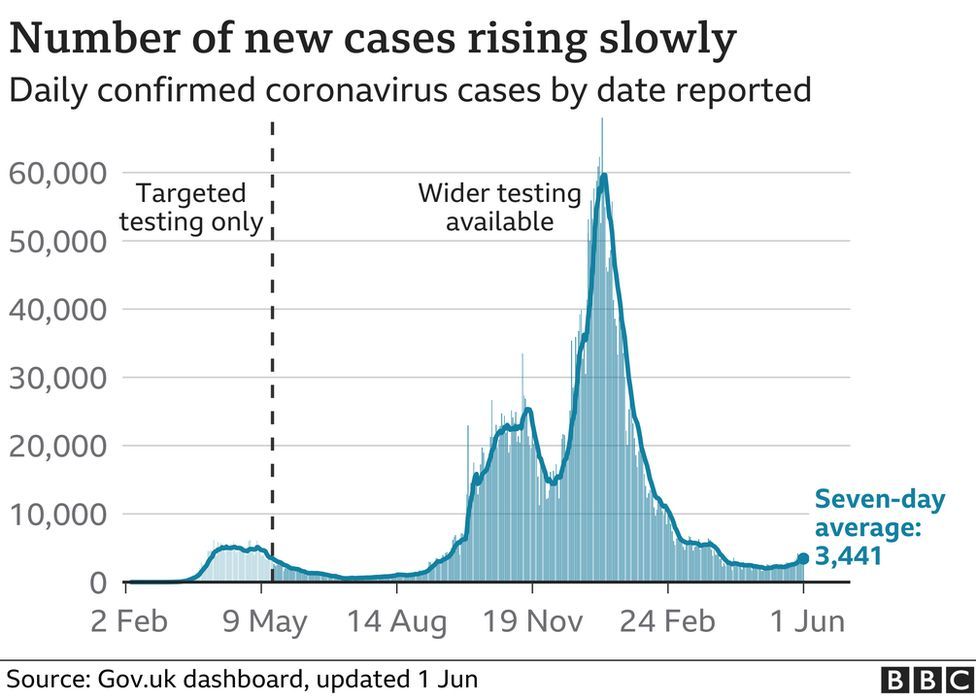 The UK has now reported more than 3,000 new coronavirus infections for seven days in a row.

This increase in cases comes amid the spread of the more transmissible Indian variant, now known as Delta - after the World Health Organization announced new names for Covid-19 variants using letters of the Greek alphabet.

The Delta variant - also known as B.1.617.2 - is thought to account for up to three quarters of new cases in the UK, and has been linked to a surge in cases in some parts of the country.