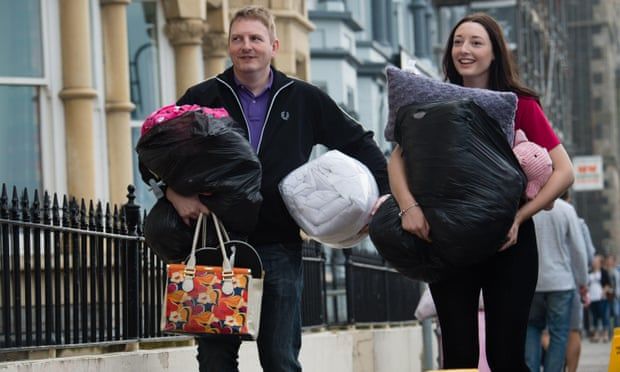 In interviews this week ministers – including the foreign secretary, Dominic Raab – had not ruled out using them, with students set to return to campuses in September.

Raab had said students would get “advance warning” if they were to be required, but the Department for Education (DfE) said on Saturday it was not planning for proof of vaccine status to be required to attend lectures or stay in halls of residence.

A DfE spokesperson said: “Vaccinations are important in helping to keep higher education settings safe for when students return in the autumn term and we strongly encourage all students to take up the offer of both vaccine doses.

“The government currently has no plans to require the use of the NHS Covid pass for access to learning, however, universities and FE [further education] colleges are encouraged to promote the offer of the vaccine and should continue to conduct risk assessments for their particular circumstances.”

Currently all over-18s in the UK have been offered the first dose of a vaccine, and those who are within three months of turning 18 can also get a jab.

By the end of September the government is planning for all adults to have had the offer of both jabs. From that date, ministers have said people will need to prove their full vaccination status to go to nightclubs and other crowded events and venues in England.

He called for parliament to be recalled from its summer recess after changes were made to the NHS Covid-19 app that mean it could be used to prove people’s vaccine status in England.

He told Times Radio on Saturday: “We’ve all agreed that for international travel you’ll need to have Covid options but domestically, sort of Covid ID cards, the Liberal Democrats have led the campaign against them. We’ve seen MPs in other parties share our views that this would be a real attack on people’s freedoms and particularly hit businesses and young people. It is unworkable, it is expensive and it is divisive.

“That’s why the government haven’t gone ahead with it previously. Now we hear, in the recess when parliament can’t debate it, they’ve by stealth changed the rules so your NHS app could be used as a Covid ID card across venues.”

In Scotland, the current paper versions are due to be replaced by a digital Covid certificate for overseas travel.

Damian Collins, former chair of the digital, culture, media and sport select committee, said people who had not been vaccinated could not expect the same treatment as those who had.

“We don’t force anyone to have a vaccine in this country, it is up to their individual choice,” he told Times Radio. “But at the same time, it might be unreasonable for someone who has decided not to get vaccinated to expect to be treated in the same way as someone who has been vaccinated twice.”

While case numbers are falling across the UK, concerns continue about the so-called “pingdemic”, where thousands of people are having to self-isolate after being told to do so by the NHS Covid-19 app or NHS test-and-trace, causing widespread disruption.

Ministers said last week that the app needed to be “tweaked” to cut the numbers of people quarantining at home.

A government health adviser, Prof Robert West, told BBC Radio 4’s Today programme on Saturday morning that people could be avoiding getting tested so they would not have to self-isolate after a positive result.

He said it may explain the contrast between apparently falling cases and an Office for National Statistics (ONS) study that said that one in 65 people in private homes in England had the virus in the week up to 24 July.

“One of the things that is a concern is that people may not be coming forward as they used to do for testing,” he said. “One of the reasons for that may be that the messaging from the government in a way has sort of given a bit of a green light to people to say: ‘Well, it is not so bad if you get the infection.’

“[But] if you get tested you’re going to have to self-isolate, at least at the moment, and that’s going to be very disruptive. I suspect that may be a factor.
#Dominic Raab  #COVID-19  #vaccine  #Covid  #Raab
Add Comment