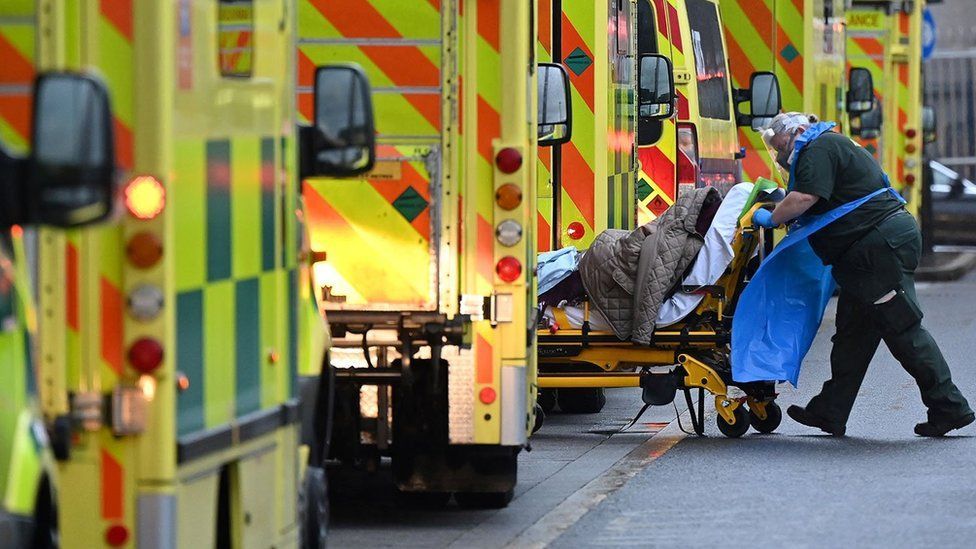 The UK death rate during the second wave of the pandemic was not the worst in Europe - but it remained one of the 10 worst-affected countries.

By the end of June 2020, the UK had the highest excess mortality in Europe, according to figures from the ONS.

But by December it had been overtaken by Poland, Spain, Belgium, Bulgaria, the Czech Republic and Slovenia.

Nevertheless, the UK had one of the highest excess death rates among people under the age of 65 in 2020 at 7.7%.

Excess mortality is the number of deaths by any cause that happen over and above the average for that time of year.

Meanwhile, the government's separate daily UK coronavirus figures show the number of deaths within 28 days of a positive coronavirus test are continuing to fall.

The UK saw 7% more deaths than normally expected during 2020. Within the UK, England's death rate was 8% above expected levels across the whole year, Scotland's was 6%, Northern Ireland 5% and Wales 4%.

The Office for National Statistics figures cover up to 18 December so do not include deaths from this year. About a third of the UK's Covid deaths have happened since then.

Only Bulgaria recorded a higher rate for under-65s - 12.3% - among the countries analysed by the ONS.

Dr Annie Campbell, from the ONS, said the figures showed the pandemic had not "exclusively" affected the oldest age groups in the UK.

All-cause mortality allows countries to be compared more easily, even if they record Covid-19 deaths in different ways. It also reflects the indirect impact of the pandemic, such as deaths from other causes that might be related to delayed access to treatment.

The figures also take account of the average age of a country's population and the average level of deaths in recent years.

Meanwhile, separate ONS figures suggest infection levels have continued to decrease across England and Wales but have "levelled off" in Northern Ireland and increased in Scotland.

In England, the figure is at its lowest since the week to 24 September, when the estimate stood at one in 470.

The ONS results, based on tests from people whether or not they had symptoms, also show:

*  In England about one in 340 people was estimated to have the virus, down from one in 270 the previous week

*  In Northern Ireland it was one in 315, broadly similar to one in 310 the previous week

The falls in England were driven by falls in the West Midlands, the East, South West and London, the ONS said. The rest of England has seen little change in infection rates and there are hints of an increase in the East Midlands.

However, it said the figures were from the first week since schools returned in England and therefore it was too early to say whether this had influenced infection rates.

The latest R number - which represents the average number people each infected person passes the virus on to - is between 0.6 and 0.9, according to the government's Scientific Advisory Group for Emergencies.

Last week the figure was estimated at between 0.6 and 0.8.

When the figure is above one, an outbreak can grow exponentially, but when it is below one, it means the epidemic is shrinking. 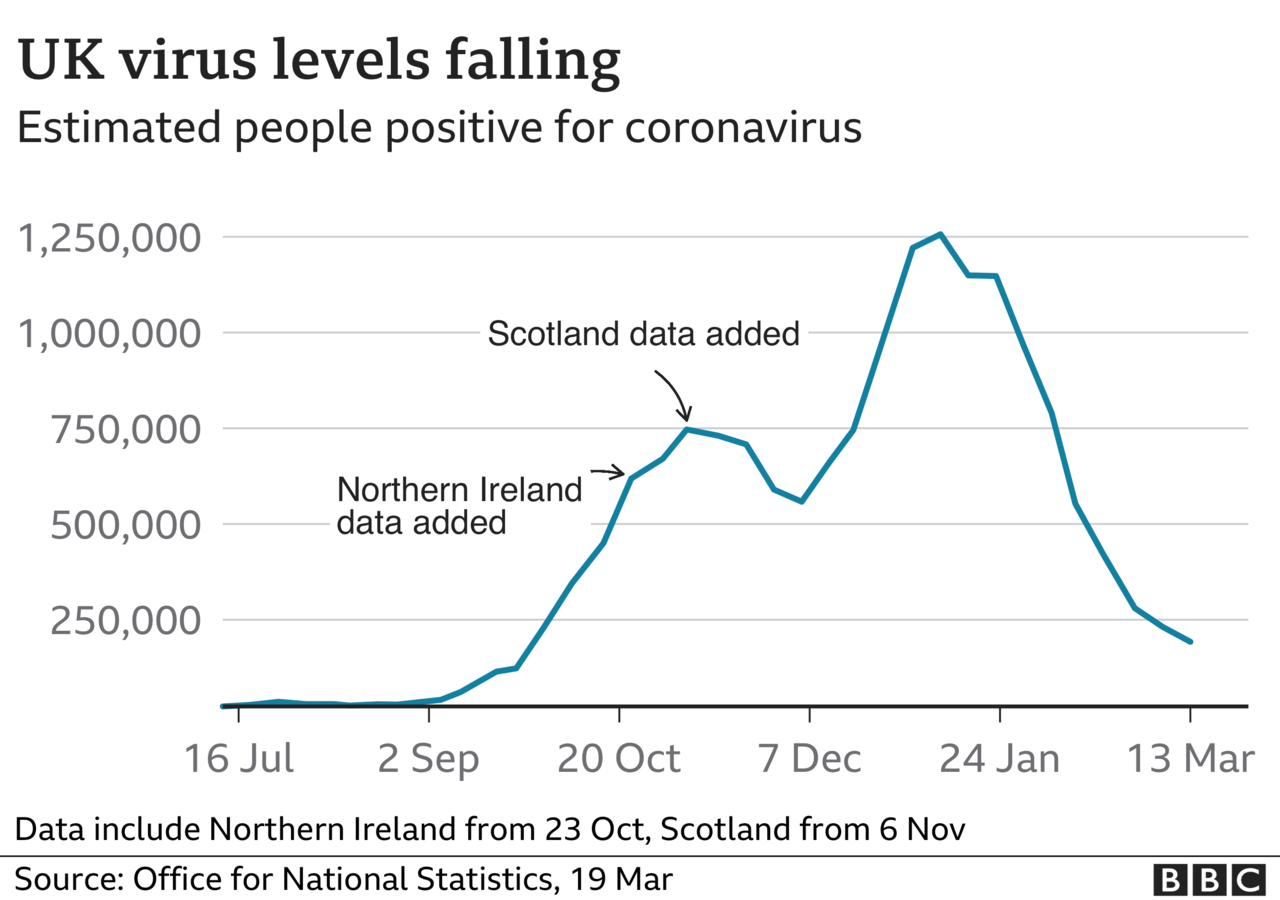 It comes as Prime Minister Boris Johnson is to receive his first dose of the Oxford-AstraZeneca vaccine after reassuring the public it was safe.

Several European countries are to resume using the AstraZeneca jab after the European Medicines Agency confirmed it was "safe and effective".

The regulator reviewed the vaccine amid fears about blood clots, but said it was "not associated" with an increased risk of clots and the benefits outweighed any risks.