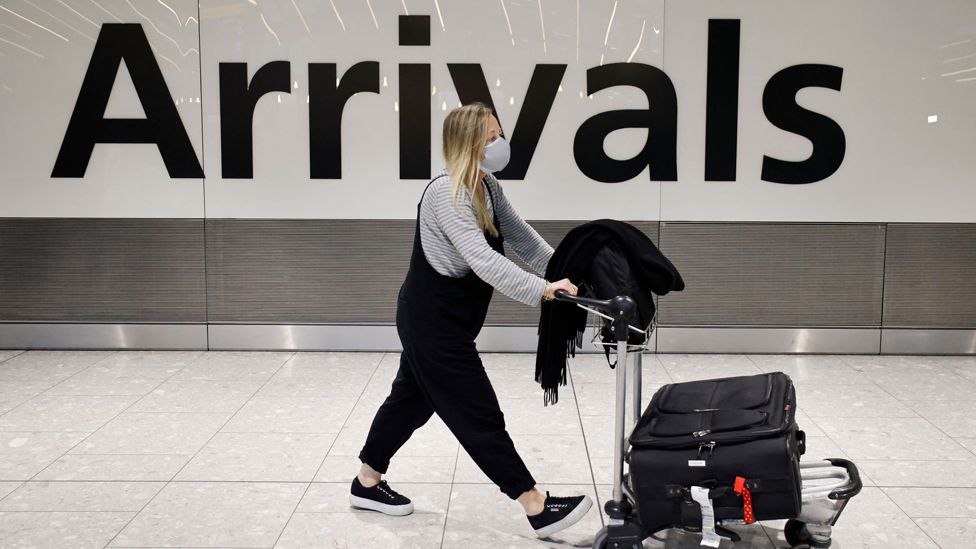 Wales has partially agreed to align with England's plans to overhaul rules on international travel.

Green and amber lists of countries will be merged and pre-departure Covid tests will be scrapped from 4 October.

But ministers have still not decided whether to stop using PCR tests for returning travellers.

But comments from Ms Morgan admitting "challenges" in having a Wales-only system were seized on by the Conservatives, who claimed Labour did not know "if they're coming or going" on travel.

It has been unclear whether the Welsh government would agree to the changes, which were announced over a week ago.

Under reforms from Transport Secretary Grant Shapps, amber and green lists in England would be merged from 4 October and fully-vaccinated travellers will no longer have to take a pre-departure test, or a day eight test after their return.

From later in October, people will be able to take a lateral flow test two days after they arrive back in the country - hopefully "for when people return from half-term breaks", the UK government said.

Scotland had concerns about the new testing regime, but now plans to align with the UK government.

There have been concerns from the Welsh government that it would make it harder to detect new coronavirus variants coming from abroad.

While travel is a devolved matter for each nation of the UK to decide, the Scottish, Welsh, and Northern Irish governments have often followed the UK government's rules for England during the pandemic.

Ms Morgan said: "The decision to move away from PCR tests from returning travellers on day two is concerning.

"This test, combined with genetic sequencing of all positive tests, is a vital part of our surveillance for coronavirus and protects our borders from the virus."

She said the strongest solution would be for the UK government to reinstate UK-wide testing, adding that there were "communication and enforcement challenges" in Wales having different testing requirements.

The minister added that the government continued to "thoroughly examine the evidence for a Wales-only testing regime".

"The Welsh government can't permanently live in fear of another variant of Covid. Again, the minister's arbitrary rationale behind her decision-making would have the borders shut indefinitely."

The UK government's Department for Transport said: "Due to the success of our vaccine rollout and the epidemiological situation abroad, we are able to take a proportionate approach to international travel, simplifying the system and reducing costs while managing risks to public health.

"Public health is a devolved matter and we continue to work closely with devolved administrations on four nation alignment where possible."

It added that genomic sequencing - which is used to investigate different variants of coronavirus - will continue for positive PCR tests after international travel.