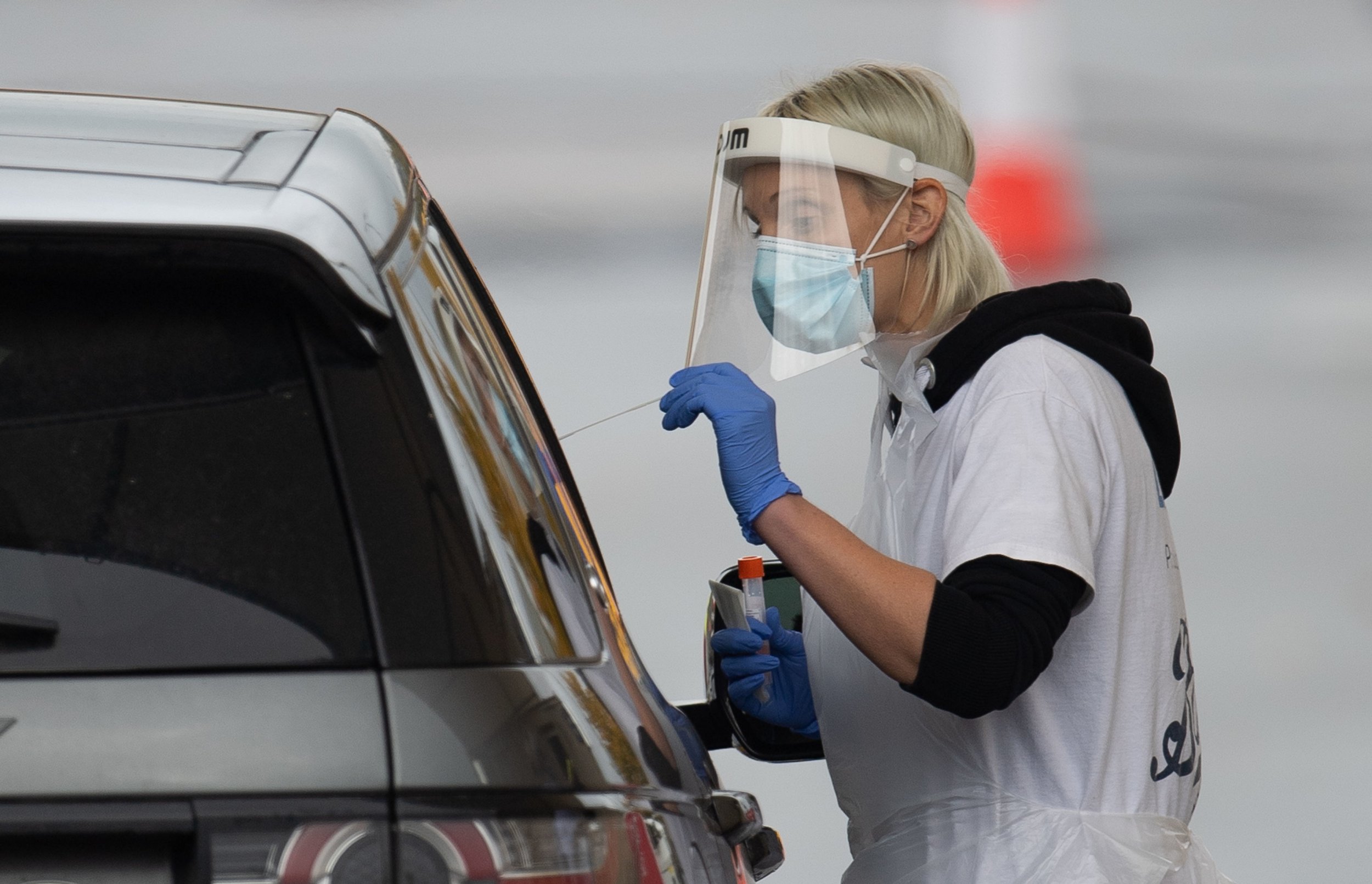 Twelve areas of England had limited or no PCR testing available as new infections in the UK exceeded 50,000 a day
The Covid-19 testing system in England is struggling to meet demand as cases surge across the country and availability of PCR tests dwindles.

As the UK recorded the highest number of cases since mid-January – at more than 50,000 a day – 12 regions reported very limited or no access at all to PCR tests.

Latest data revealed around one in 40 people in the North-East were likely to test positive for coronavirus. Testing sites in four parts of the region – Hartlepool, Durham, Stockton-on-Tees and Redcar and Cleveland – were reporting they had “very few available” PCR tests for residents.

In the South-West, there was a similar problem. Sedgemoor had no tests available for residents, while Bath and North East Somerset, Bristol, Mendip, and South Gloucestershire all reported having very few PCR tests available.

Somerset County Council, which has responsibility for local public health, said it was powerless in this situation. A spokesperson said: “We cannot control the availability of PCR tests as it is a national programme and tests are in high demand across the country.”

It advised residents wanting to be tested to keep trying as slots may become available later on in the day, or otherwise, order a home testing kit.

Other areas that had limited access to PCR tests included Herefordshire, South Humberside and the Isle of Wight.

Testing in all regions of Wales, Scotland and Northern Ireland remained available yesterday.

Meanwhile, data from the NHS Test and Trace weekly report revealed 63 per cent of Covid-19 tests taken in person at a testing centre were processed within the target of 24 hours, a fall from 77 per cent the week before.

The median time to receive a test result for the week of 1-7 July from regional test sites increased from 19 to 21 hours.

On Thursday morning the online test booking system suffered a technical glitch, with almost all regions of the country showing no PCR testing available, although home tests could still be ordered.

The glitch was reported to be due to a slight delay between Thursday afternoon slots being filled and Friday slots becoming available.

A Department of Health and Social Care spokesperson said: “The testing and tracing being delivered across the country is saving lives every single day and stopping the spread of the virus by breaking chains of transmission and helping to control outbreaks wherever they exist.

“Anyone who has Covid-19 symptoms can book home-testing PCR kits and more booking slots are made available at testing sites each day.”
#Coronavirus  #COVID-19  #Covid
Add Comment