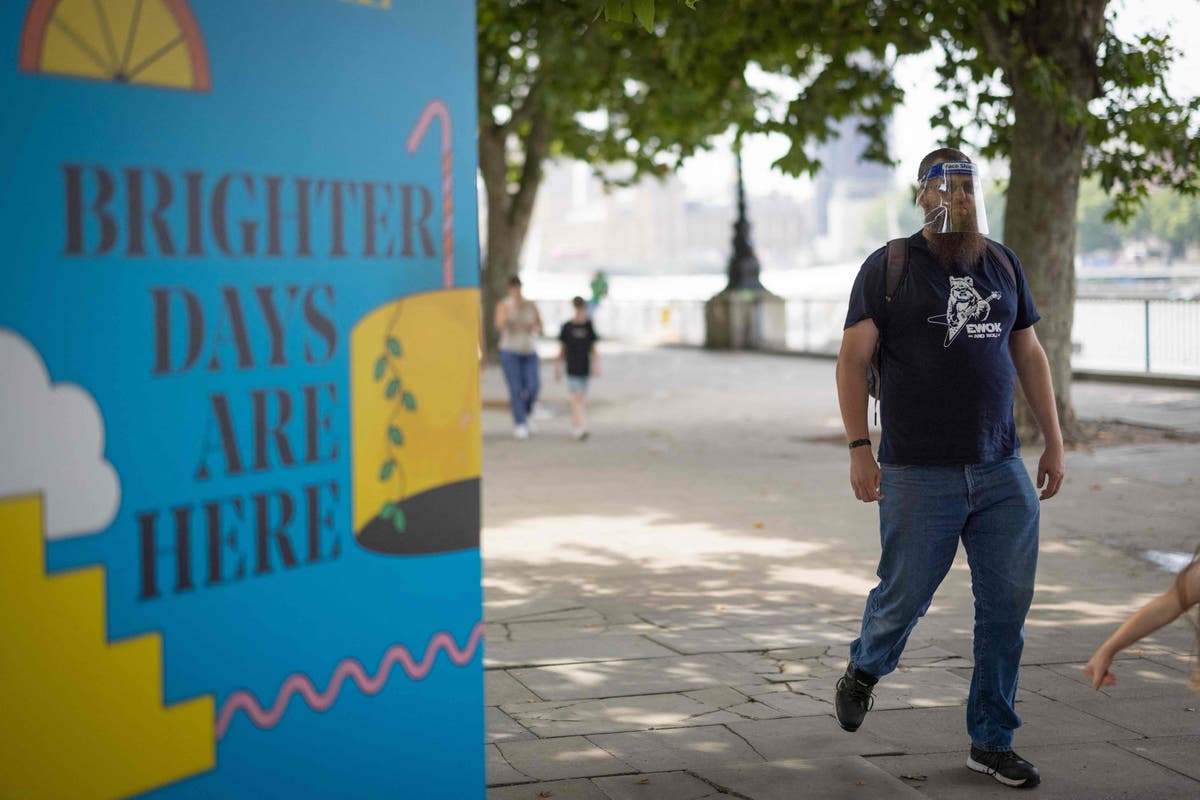 Covid pandemic in UK ‘could largely be over by October’

The Covid-19 pandemic in Britain will largely be over within three months, a leading epidemiologist predicted on Tuesday.

Professor Neil Ferguson hailed the UK’s world-leading vaccine roll-out for having “fundamentally changed the equation” in combating the disease, with more than 37 million people now double-jabbed.

“The effect of vaccines has been huge in reducing the risk of hospitalisation and death and I’m positive that by late September/October time we will be looking back at most of the pandemic,” he told BBC Radio 4’s Today programme.

“We will still have Covid with us, we will still have people dying from Covid but we will have put the bulk of the pandemic behind us.” Official figures revealed cases tumbled nearly 57 per cent in London in just six days, from a recent peak of 7,086 on July 20 to 3,056 on Monday.

Professor Ferguson, a member of the Scientific Advisory Group for Emergencies (SAGE), who was known as Professor Lockdown as his work was key to the first lockdown in March 2020, believes cases are now “plateauing”.

However, he and Home Office minister Kit Malthouse were this morning still urging “caution” as there could be a new peak after lockdown laws were scrapped last Monday and because “contact rates” between people are still far below levels before the pandemic.

The Imperial College London epidemiologist recently predicted that Covid infections could reach 100,000 a day, possibly even 200,000, though he stressed that was unlikely.

On Monday just under 25,000 cases were reported, having more than halved in nine days, but Professor Ferguson said it was still “too early to tell” whether the 100,000 mark would be hit as it would take several weeks before the “effect of the unlocking” is clear.

London’s six-day fall may be because the third wave in the capital has peaked.

However, other factors could also be thousands of pupils no longer doing lateral flow tests as part of school checks during term time, people having left the city for holidays, and individuals disengaging from the testing system in the wake of the “pingdemic”.

Earlier rises were fuelled by people getting together to watch Euro 2020 matches and easing of restrictions, according to health experts.

Ministers will be watching carefully to see if hospitalisations start falling in coming days in England, as happened in Scotland, as this would be firm evidence that the disease is on the wane.

Latest figures show there were 957 Covid patients in the capital’s hospitals as of on Monday, a figure which has more than doubled from 467 on July 11.

Two more deaths, within 28 days of the individuals testing positive, were announced for London on Monday.

Mr Malthouse urged grandparents, parents and friends to encourage more young adults to get the vaccine.

Several sectors were still being hit by staff shortages due to the “pingdemic”.

Chris Hopson, chief executive of NHS Providers, said hospitals felt as pressured as they did in the second wave peak in January, as they treat more than 5,000 Covid patients and deal with a huge backlog in other treatments, and staff shortages due to self-isolation.

A total of 154,661 deaths have now occurred in the UK where Covid was mentioned on the death certificate, the ONS said.

Those advised to shield during the first wave were eight times more likely to get Covid-19 and five times as likely to die following infection, according to a study by Glasgow university.