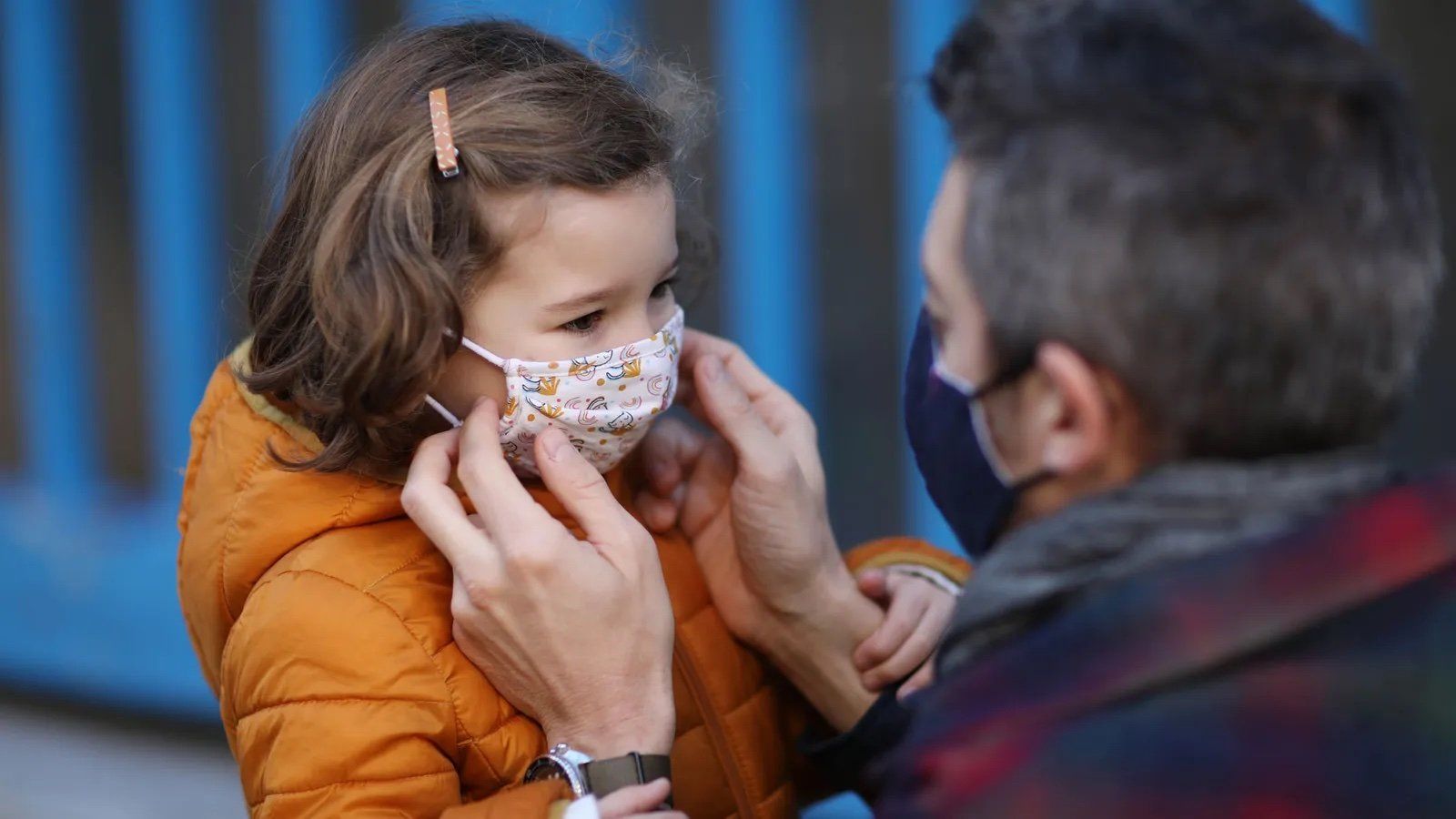 The Omicron variant is now thought to have replaced Delta as the dominant form of the virus in Scotland.

The heavily-mutated Covid variant is likely to have been responsible for 51% of the cases recorded across the country on Friday.

First Minister Nicola Sturgeon said it suggested that the "tsunami" of cases she warned about last week was now beginning to happen.

New restrictions aimed at limiting the spread of the variant are now in force.

People have been urged to stay at home as much as possible in the lead up to Christmas, and to meet with no more than three households at a time.

And shops and hospitality outlets have to introduce measures to reduce crowding and queueing, erect screens and barriers and enforce the wearing of face masks.

A further 4,336 new cases of Covid were reported in Scotland on Friday, of which 51% showed the so-called S-Gene dropout that is typical of the Omicron variant.

There are now four people in hospital with confirmed cases of the new variant - two more than previously.

Ms Sturgeon said: "Cases have already increased by more than 40% in the past week, and we should expect to see that continue and indeed accelerate in the period ahead.

"The tsunami I warned about a week ago is now starting to hit us." 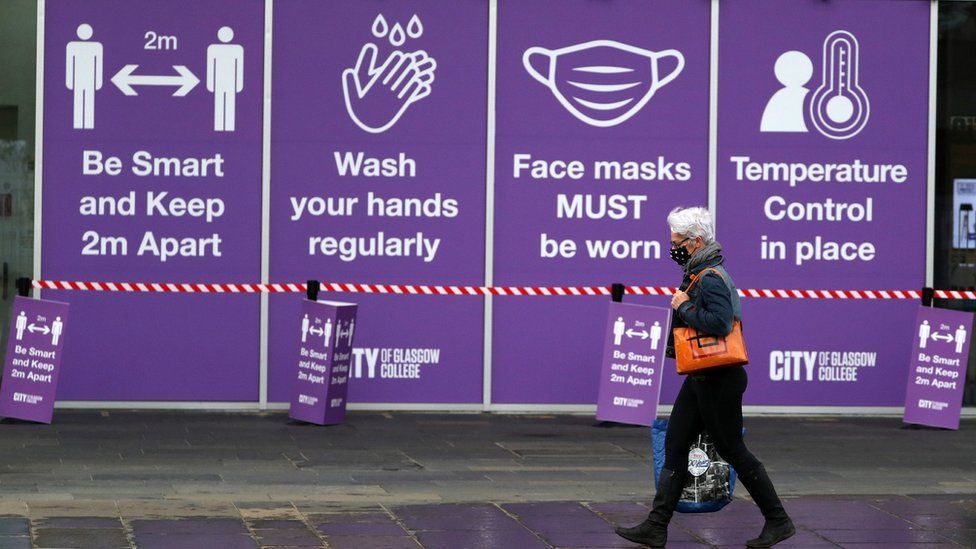 The first minister said the emergence of Omicron had been the "cruellest of blows" ahead of Christmas.

She stressed that the country now had much more effective protection against the virus than it did a year ago, with booster doses of the vaccine appearing to be very effective in reducing the risk of serious illness from Omicron.

But Ms Sturgeon said the recent increase in cases was expected to "continue and accelerate", adding: "As of now the scale and the immediacy of the challenge it presents is of profound concern."

The first minister also said people should "think very carefully" about every interaction with other people due to the "not insignificant" risk of catching Covid.

She said that anyone who tested positive now would be isolating over Christmas, and that people planning to do something with other people should make a judgement about "whether it is worth it to you to run the risk of not being with your family on Christmas Day". 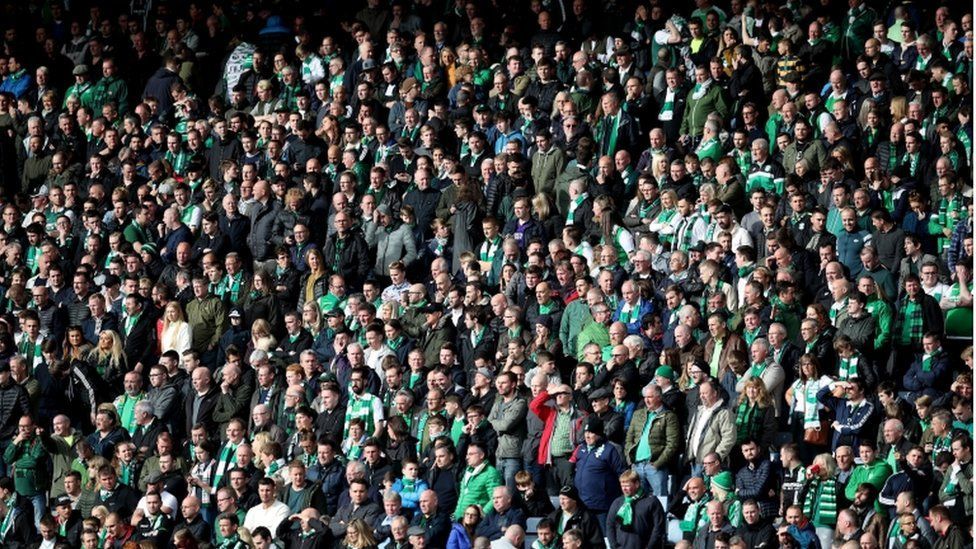 Several bands have cancelled gigs in recent days despite large-scale events still being allowed under the new regulations.

Sunday's League Cup Final between Hibernian and Celtic at Hampden Park in Glasgow will still go ahead, with Deputy First Minister John Swinney saying on Wednesday that people should still attend large events as long as they are fully vaccinated and have a negative lateral flow test.

The Scottish government has previously said it will make £100m available to businesses affected by the new guidance that came into force at midnight - although some industry leaders have criticised a lack of clarity over when the money will actually be distributed.

Ms Sturgeon said that £66m of this will go to the hospitality sector, £8m to the food and drink supply chain affected by hospitality cancellations, £20m to the cultural sector, £3m to the wedding sector and £3m to the worst affected parts of tourism.

She added: "We are working with councils, enterprise agencies and others to ensure businesses get this money as soon as possible", and repeated her call for the UK government to provide more funds. 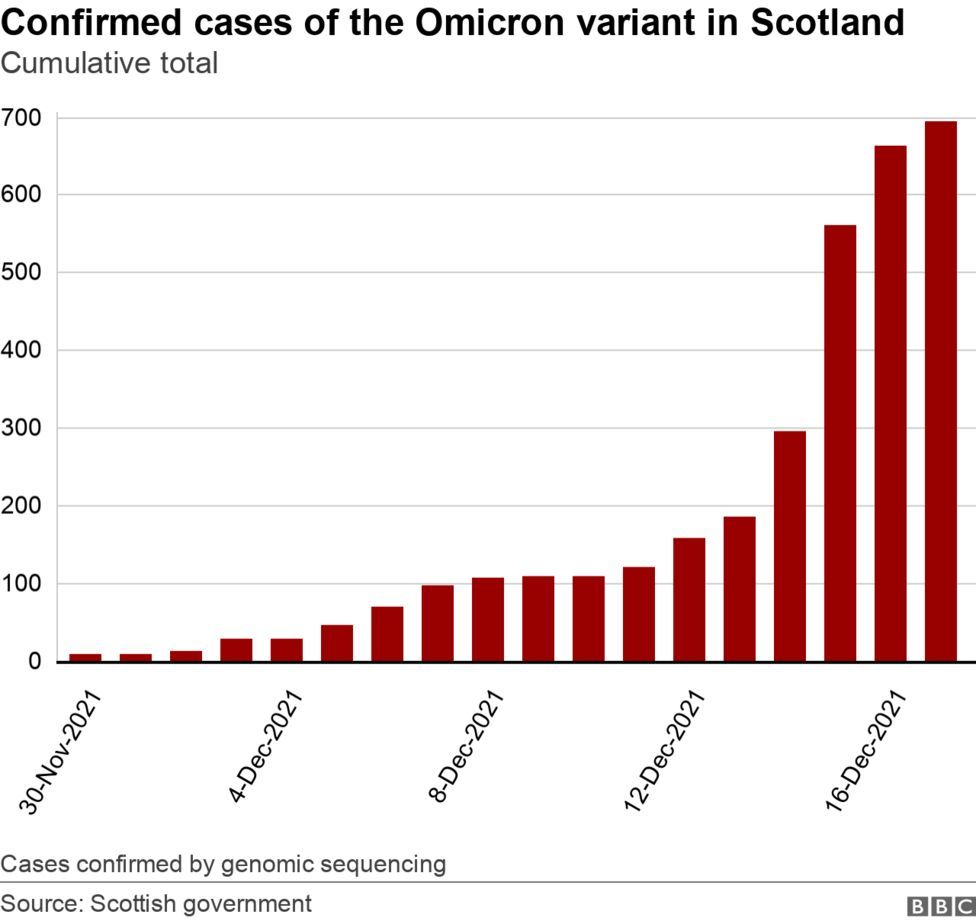 The first minister warned in a letter to Prime Minister Boris Johnson on Thursday that further restrictions on "high risk" sectors may become unavoidable.

She has urged him to either re-establish the furlough scheme or give the devolved administrations the means to set up similar initiatives of their own.

The two leaders had talks on Friday on the issue of funding, with a Scottish government spokesman saying the discussions were "constructive" but "inconclusive".

He added: "The prime minister agreed that there needed to be swift engagement with the Treasury on the immediate action needed, and committed to further talks over the weekend.

"The first minister also made clear that the devolved administrations require clarity that additional funding support would be available - and also on how it can be triggered by any or all of the UK administrations - in the event of further protective measures being necessary to tackle the virus in the period ahead."

Further talks will be held over the weekend.

Treasury sources have played down the prospect of a new fund - saying they wanted to concentrate on getting money allocated out to businesses who need it.

The Treasury has already provided £220m of immediate funding to Scotland, but Scottish ministers say that this had been brought forward from next year and had already been budgeted for.

A Treasury spokesman said it was closely monitoring the impact of the virus on the economy - particularly the hospitality sector.

"To keep safeguarding our economic recovery and the lives and livelihoods of the British people our priority is now to make sure everyone has the opportunity to 'Get Boosted Now'.

"We will continue to work with the Scottish government in the weeks and months ahead in the face of this serious health crisis."