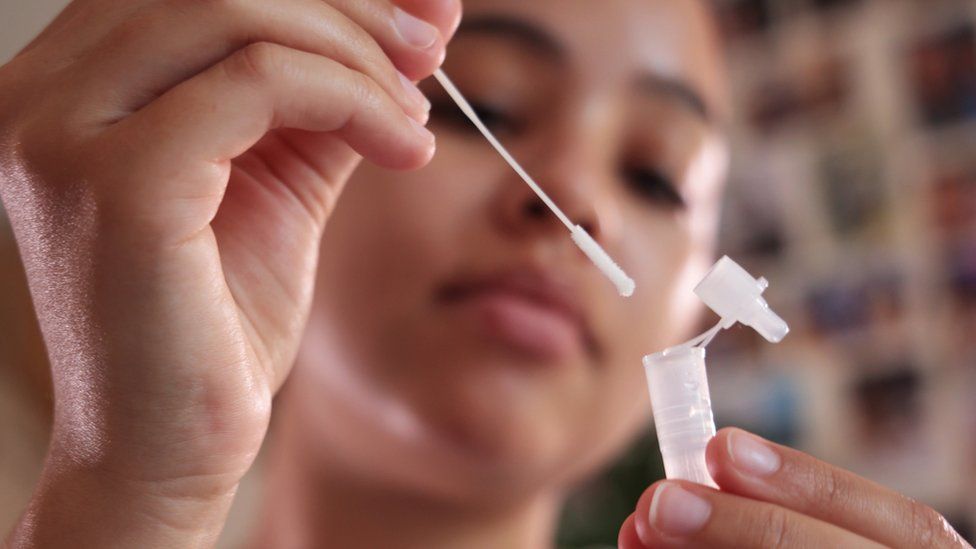 People need to remain vigilant about Covid, experts are warning, as free universal testing for the virus ends in England on Thursday.

The government's chief scientific adviser Sir Patrick Vallance says a drop in precautionary behaviour could drive up infection rates, which are already high.

Latest estimates suggest one in every 16 people has Covid in the UK.

From 1 April, most people will have to pay for a lateral flow test in England.

High street pharmacies are charging about £2 per test.

Asked about the move, Sir Patrick said: "Testing in effect does three things. It is very important for surveillance, it enables precautionary behaviour and it's useful to protect those who are most vulnerable.

"I think there's no doubt that if you massively reduce testing across the population, precautionary behaviours are likely to decrease at the same time, and that will then lead to increased transmission.

"This virus is not going away."

Some pharmacists say it is difficult to predict how people might behave once they have to pay to get tested. Pharmacist Temi Fabiyi told the BBC: "If people cannot test, they cannot isolate, and I'm afraid the infection rate might keep rising."

Meanwhile, more than 300,000 people in England have signed a petition, launched by campaigning group Keep Our NHS Public, urging the government to continue to offer free lateral flow tests.

The government says ending universal free testing is possible because vaccines and antiviral drugs are protecting people from severe Covid.

Some people, such as NHS staff caring directly for patients, will still be offered free tests.

"This decision shows a lack of respect and understanding of what unpaid carers have done during the pandemic and continue to do," she said. 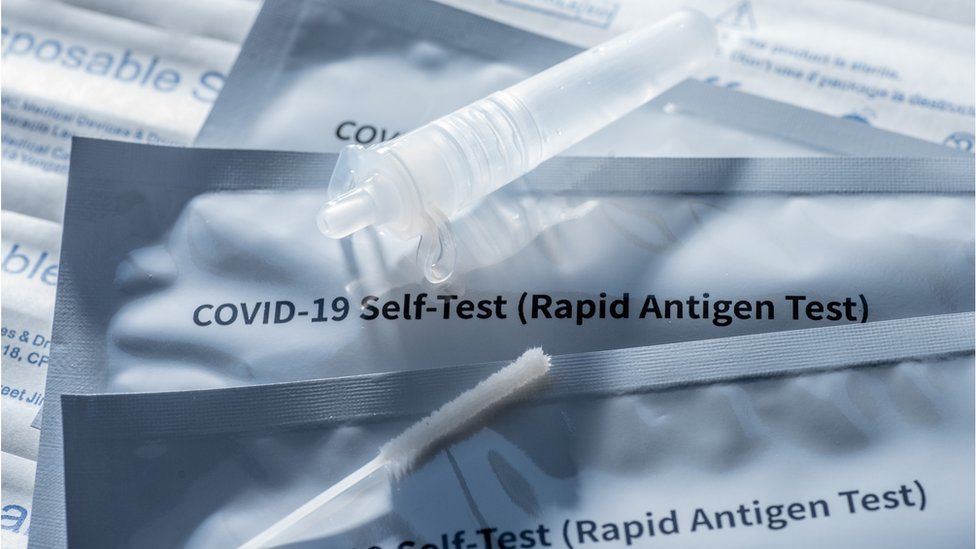 Who will still have free testing in England?

*  Patients in hospital, where a PCR test is required for their care

*  People working in some high-risk settings, including care homes and prisons

She said: "The pandemic takes its own course and it will remain unpredictable to a large extent for the next, say, 18 months to two years, I think is the general consensus. We will have to be continuously alert to monitor those rates, and to respond appropriately to any new variants.

"But as with other respiratory viruses such as flu... at some point we have to come to terms with that."

She said people should continue to take precautions, adding that she will continue to wear a mask in shops and on public transport.

Some free testing will continue during April in Scotland and Northern Ireland.

In Wales the cut-off is July.