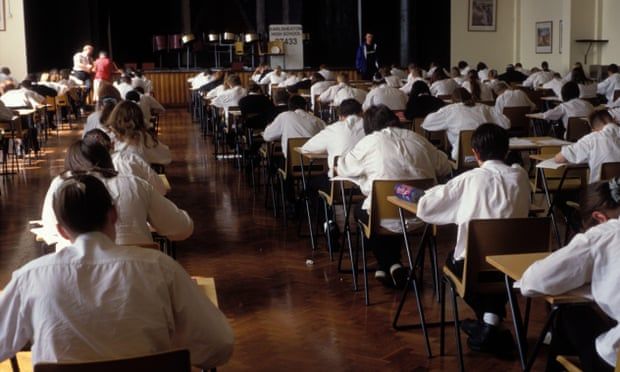 Exclusive: NHS leaders understood to have been briefed on plans to vaccinate children, beginning from 22 September

Plans for Covid vaccinations for 12- to 15-year-olds across the UK are to be announced by the government this week, with a mass inoculation programme beginning in schools within two weeks, the Observer has been told.

New proposals for a Covid booster programme are also expected to be set out on Tuesday, but it is thought ministers may be backing away from plans for Covid passports in confined settings such as nightclubs amid opposition from some Tory MPs.

It is believed that vaccinations for children will begin on 22 September. NHS leaders are understood to have been briefed on the plans after schools were told to be ready to introduce the programme.

The move follows the conclusion of a review by the chief medical officers (CMOs) of all four nations, led by Chris Whitty.

When asked to confirm the plan, a Department of Health source said ministers had not received final advice from the CMOs and did not want to prejudge them.

Last week, the Joint Committee on Vaccination and Immunisation (JCVI) said children would receive only marginal health benefits from a mass vaccination campaign but did not consider the potential benefits to children’s education.

Some Tory MPs had said they would oppose vaccinations for children without definite medical and scientific evidence in favour and a green light from the CMOs.

Sources indicated that the government may be moving against the idea of vaccine passports, despite culture secretary Oliver Dowden last week indicating strongly it was pressing ahead. Vaccine passports are due to be introduced in Scotland next month.

On Saturday night, the prime minister, Boris Johnson, confirmed that he would set out the next steps of the government’s programme to control the virus “shortly”.

He is also expected to repeal powers in England that ministers regard as no longer necessary from the Coronavirus Act, as part of its plans to manage Covid over the autumn and winter.

Powers to be scrapped will include those to close down sectors of the economy, such as business premises, and apply restrictions to events and gatherings, as well as powers that disrupt education.

Some powers from the act that are seen as critical to protect and support the public will, however, be retained. These include giving sick pay to those isolating from day one rather than day seven, directing schools to remain open if they close against government guidance, and helping the NHS to get the emergency resources it needs.

“These extraordinary times required necessary but intrusive measures,” the prime minister said. “But I’m determined to get rid of any powers we no longer need because of our vaccine defences.”

Ministers are likely to confirm that the booster jabs can go ahead for double-vaccinated adults alongside a mass promotional campaign. They have been waiting for guidance from the JCVI, which in turn has been waiting for a study at the University of Southampton to report on the safety of a third jab.

Jonathan Ashworth, the shadow health secretary, said: “With hospital admissions climbing and high levels of virus in circulation, we need to go further on vaccination.

“Any decision on jabbing children is rightly for the medical experts and we anticipate the CMO will outline the next steps imminently.

“The NHS is under intense pressure, so ministers must ensure if the green light is given this week that the infrastructure including primary care and health visitors is in place to speedily roll out these vital next stages of vaccination.”

Meanwhile, clinical trials are under way for next-generation vaccines which may protect against variants.

A version of the Oxford/AstraZeneca vaccine intended to protect against both the Beta variant and the original Wuhan strain is being tested, and the first results are expected in the autumn, possibly as soon as next month.

The government says the best analysis shows the Pfizer/BioNTech vaccine is 96% effective and the Oxford/AstraZeneca vaccine 92% effective in preventing hospitalisation after two doses.

In Sunday’s Observer, Gabriel Scally, visiting professor of public health at Bristol University and a member of the independent Sage group of scientists, criticised the government for “inadequate” public messaging and not introducing anti-Covid measures such as better ventilation and higher quality face masks.

“The government and its senior officials claim that Covid should be regarded as similar to influenza and that we have to ‘learn to live with it’. This worryingly persistent and flawed approach ignores the hazardous and evolving nature of the virus,” he writes.

Buildings need to be modified to improve ventilation, he says, and the public should be encouraged to wear properly designed masks that may protect them as well as others. 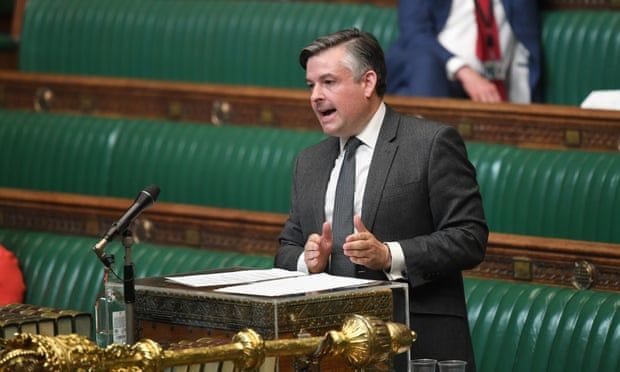 Jonathan Ashworth: ‘With hospital admissions climbing and high levels of virus in circulation, we need to go further on vaccination.’

“All too often, messaging has been aimed at transferring responsibility to individuals. Pointing the finger at people who are obese, are reluctant to be vaccinated, or are unlucky enough to have severe underlying conditions and telling them to be ‘cautious’ is no substitute for what has been missing all along – an effective strategy for getting the virus under control.”

Paul Hunter, professor in medicine at the University of East Anglia, said he believed the big surges of Covid were probably past.

“A substantial proportion of unvaccinated people have had the infection already and are as protected as though they have been double-jabbed and probably even better protected against severe disease,” he said.

“So we are probably very close to the endemic equilibrium. You can see this by looking at the current geographical distribution of cases. Those local authorities with the highest incidence are generally those that have escaped relatively lightly up until recently.

“Although I can’t be certain, I do not expect there to be a big surge in cases as a result of schools going back or universities starting term in a couple of weeks’ time.”

But he said he was nervous about rising numbers of people in hospital and the possibility of a flu epidemic during the winter.

“Most epidemiologists, like myself, think we are due a bad year because we have not seen much flu for over 18 months and so immunity will be low.”

That could lead to substantial pressure on the NHS, and falling ill with flu and Covid at the same may double the risk of death, he added.

Linda Bauld, a behavioural scientist at the University of Edinburgh, said there were signs that infections were levelling off but the new school year in England might see rises, as had happened in Scotland.