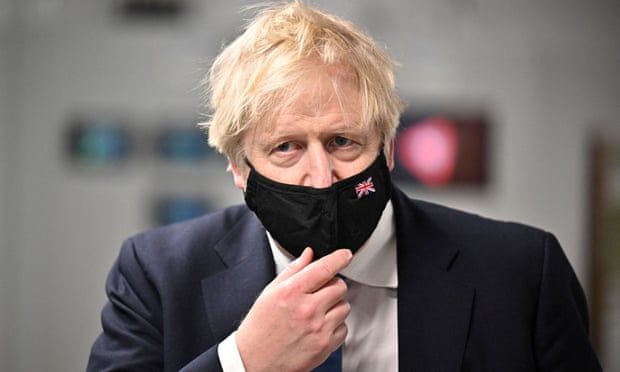 Second part of investigation will focus on early 2020 and what was known about the virus at the time
The UK’s official public inquiry into Covid-19 will begin scrutinising how Boris Johnson and his government handled the pandemic, it has been announced.

The delayed investigation has been broken into modules, with teams investigating and commissioning research on different issues.

The second module will have a particular focus on early 2020 and the decisions taken by Johnson and the cabinet, as well as decisions taken in the devolved institutions in Scotland, Wales and Northern Ireland.

“My team and I will establish what was understood about Covid-19 at the time, what information was available in each of the four UK nations and how and why key decisions were made, especially early in the pandemic,” said its chair, Lady Heather Hallett, first appointed to the position in December 2021.

The investigation will also take into account the advice from civil service, senior advisers and relevant subcommittees.

The first module, on the identification of the disease and the UK’s readiness in responding, opened in July. The announcement comes nearly two and a half years after the coronavirus first swept across the UK. Preliminary hearings will be held from late autumn, with witnesses giving evidence in summer 2023.

Hallett, a retired court of appeal judge and a crossbench peer, said she would begin using evidence given next year to build a full picture of challenges faced by the UK, and the ways in which governments chose to confront them.

The investigation also allows for individuals, organisations and institutions to access evidence, make opening and closing statements at inquiry hearings, or suggest lines of questioning to counsel. The process to participate opens on Wednesday and closes on 23 September.

“It’s time for facts, not opinions – and I will be resolute in my quest for the truth,” Hallett said when the first investigation was launched in July.

Before its investigations, the inquiry launched a four-week consultation and received more than 20,000 responses on the government’s draft terms of reference, on what should be investigated, and from individuals severely affected by the pandemic.

“When meeting those who lost loved ones earlier this year, I was struck by the devastating nature of their loss, exacerbated by the impact of the restrictions in place at the time on their ability to grieve. Millions felt hardship and loss during the pandemic, and for some life will never feel the same again,” said Hallett.

Jo Goodman, the co-founder of the Covid-19 Bereaved Families for Justice campaign, previously said all bereaved families want the same thing: “to make sure that lessons are learned from our devastating losses to protect others in the future”.
#Boris Johnson  #Coronavirus  #COVID-19  #Johnson  #Covid
Add Comment