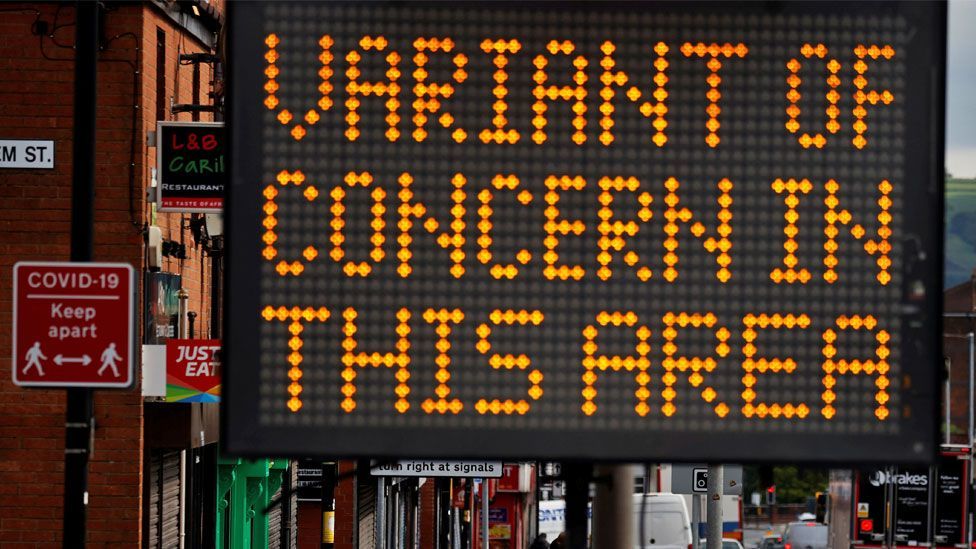 The variant of coronavirus first identified in India is now the dominant strain in the UK, Public Health England (PHE) has said.

The number of cases confirmed by laboratory analysis rose by 79% over the last week to 12,431.

Scientists believe the variant, now known as Delta, has overtaken the Kent, or Alpha, variant.

They say that there may also be a higher risk of hospitalisation linked to the Delta variant.

But that is based on early evidence, and PHE say more data is needed to have more confidence in the finding.

"With this variant now dominant across the UK, it remains vital that we all continue to exercise as much caution as possible," said Dr Jenny Harries, chief executive of the UK Health Security Agency.

"The way to tackle variants is to tackle the transmission of Covid-19 as a whole." 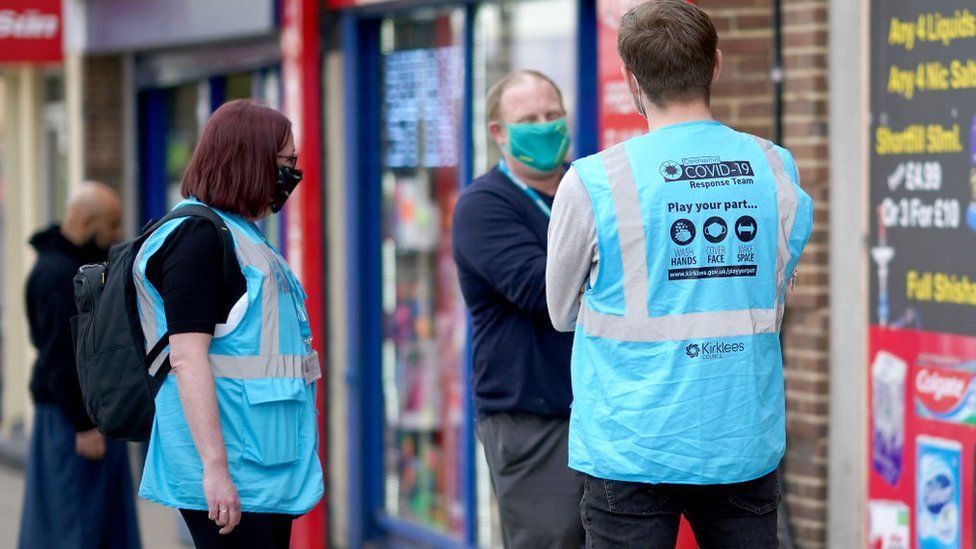 PHE said the most affected area of the country remains the north west of England.

Confirmed cases of the Delta variant in Bolton have risen by 795 over the past week to 2,149, with Blackburn with Darwen seeing a near doubling of cases to 724 in total.

But scientists say there is encouraging signs that the transmission rate in Bolton has begun to fall and that the actions taken by residents and local authority teams have been successful in reducing spread. 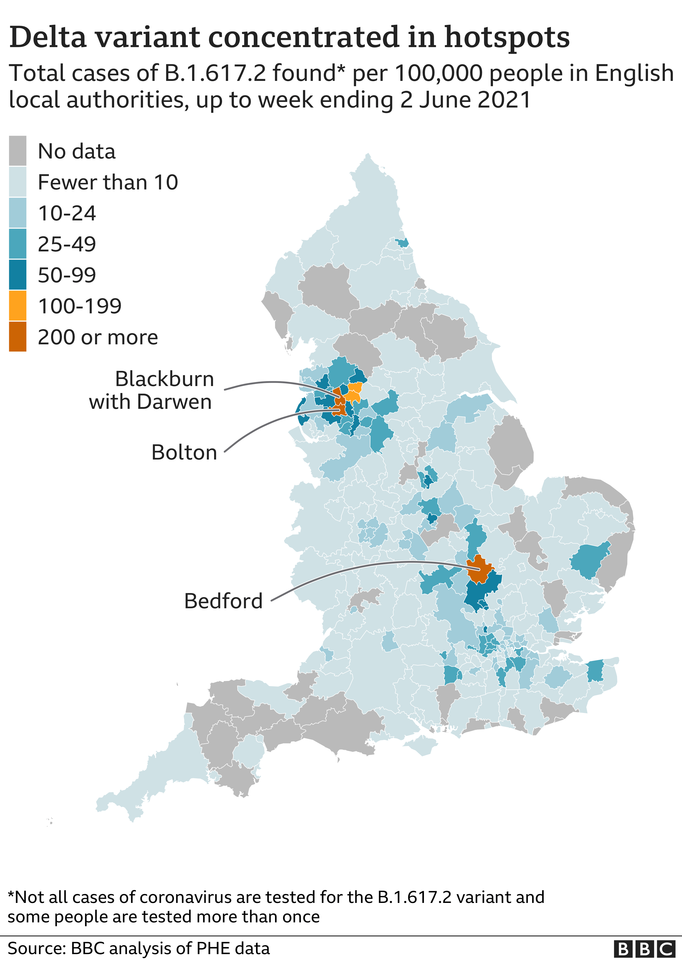 Early analyses from England and Scotland suggest that people infected with the Delta variant could be twice as likely to need hospital care.

But there are still low numbers of people being admitted to hospital with any variant, and PHE stress that more data are needed to confirm this analysis.

In the last week, 94 people in England were admitted to hospital after attending A&E with the Delta variant.

The majority had not yet been vaccinated.

PHE has also published a breakdown of outbreaks and clusters of variants in schools settings with cases rising in line with higher levels of the Delta variant in the community.

The latest data suggest that there have been 97 confirmed outbreaks in primary and secondary schools that have had at least one variant case linked to them over the most recent four-week period. That represents around one in 250 schools in the UK.

It said its protection teams continue to work closely with local authorities and academies to carry out surveillance to better understand and reduce transmission in these settings.