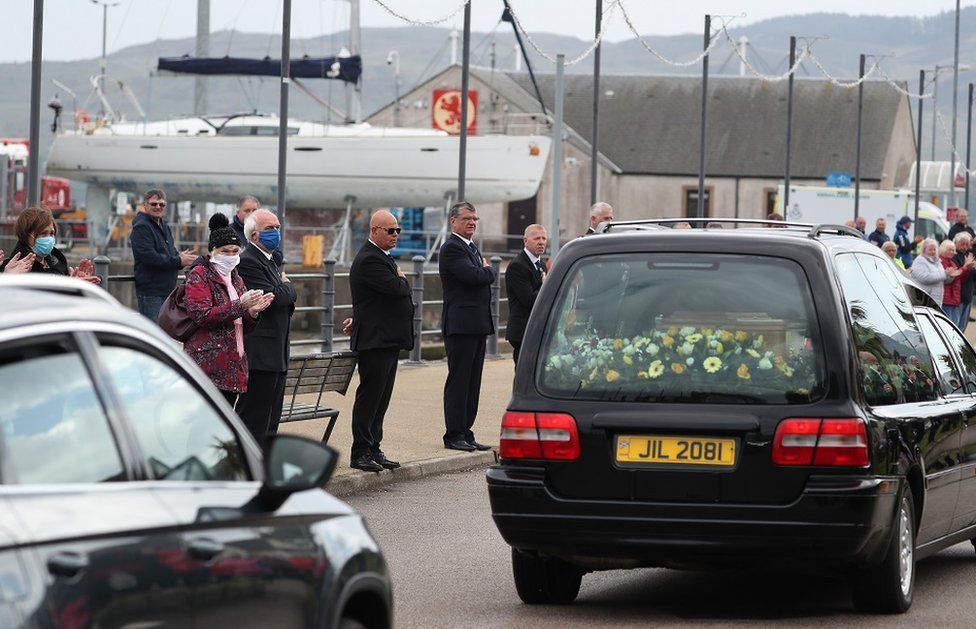 Covid in Scotland: Virus no longer leading cause of death

March was the first month since October that Covid was not the leading cause of death in Scotland.

National Records of Scotland figures reveal the virus-related death rate fell from 259 per 100,000 population in February to 69 last month.

Official statistics also confirm a further 34 deaths where Covid was mentioned on the death certificate were registered up until 11 April.

This brings the total under the weekly measure to 10,031.

Since Sunday, a further three Covid deaths have been registered within 28 days of a positive test for the virus.

Last week Scotland passed the 10,000 deaths milestone, 13 months after the first was reported.

The monthly NRS analysis revealed Covid was the fifth leading cause of death in March after cancer, dementia/Alzheimer's, circulatory and respiratory causes - having been number one for five months in a row.

Overall, one in eight deaths last month had the virus as the underlying cause.

The report said: "This month on month decrease is similar in size to what was seen between May and June of 2020, when the first 'lockdown' was beginning to ease."

Remembering the Scots lost to Covid 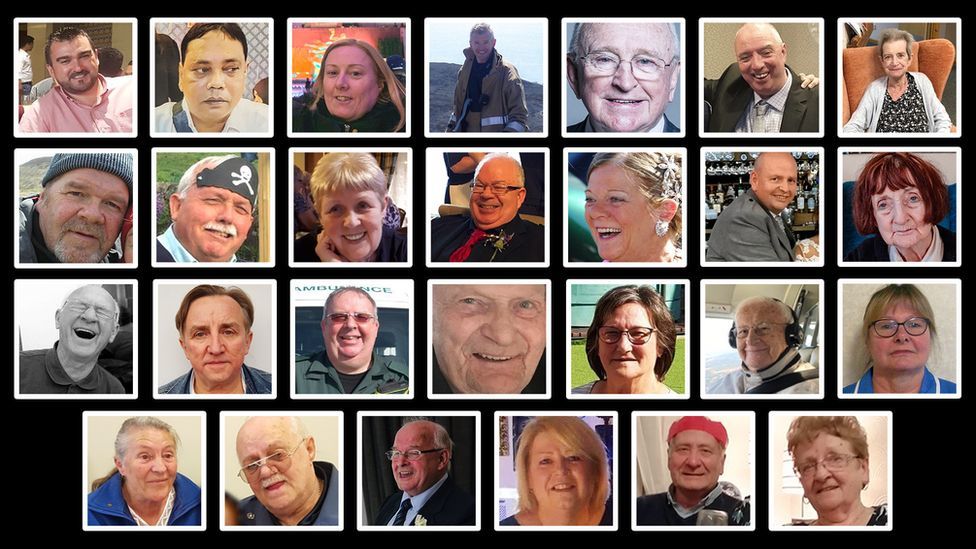 Friends and families have paid tribute to the people who have died in Scotland during the pandemic.

The weekly NRS report reveals the number of deaths linked to Covid registered between 5 April and 11 April, decreased by four from the previous week's total.

Since the recent peak of 452 between 18-24 January, deaths have now fallen for 11 consecutive weeks.

More than three quarters of the latest weekly deaths (76%) occurred in hospitals, where 26 were recorded. There were also five deaths in care homes and three at home or in non-institutional settings.

Half the deaths were of people aged 75 or over.

The National Records of Scotland figures provide helpful perspective on the pandemic and highlight how Covid is no longer the single biggest cause of death in Scotland.

Daily data published by the Scottish government with more immediate information also provides cause for optimism.

Just 119 people are now in hospital in Scotland with recently-confirmed Covid. Of these, 20 are in intensive care.

Vaccination progress continues to be impressive with 86% of people between 50 and 54 and 96% of those between 55 and 59 now vaccinated.

Meanwhile, two thirds of people over 80 have now had their second jab.

There is a growing sense that the link between infections and serious illnesses is being broken.

The demographics of the cases suggest only a very small proportion are now amongst the over-65s, while the proportion of cases involving people between 45 and 65 is declining.

It is highly unusual - thought not unknown - for younger people (who now account for the bulk of cases) to fall dangerously ill with Covid if they have no underlying health conditions, although transmission remains a risk.

Even for younger people, it can still prove to be a nasty and, in some cases, lingering condition.

The improving data is the reason the Scottish government says it can ease some restrictions early on Friday.

But politicians and scientists will also be aware that many are weary and some wonder how long public support for difficult measures can be maintained. Calls for further and faster easing are growing.

The more optimistic tone in messaging in recent weeks points towards a promise that the worst is over, but with a note of caution. The argument is that a more cautious approach will prove worth it.

The figure for excess deaths - one measure of working out how many people have died due to Covid - has fallen slightly because the number of deaths in Scotland is currently below average.

Since the start of the pandemic in March last year the total number of excess deaths in Scotland is 8,760.

The NRS noted that while registered deaths continue to fall, care should be taken when interpreting the number of deaths over the last fortnight.

This follows as the recent public holidays and the closure of registration offices for Easter may have led to a delay in registering some deaths.