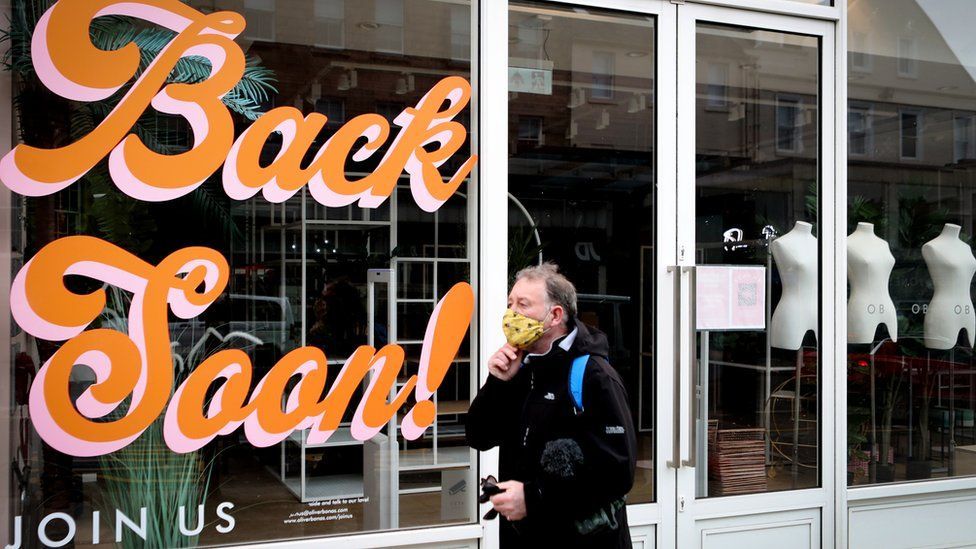 Covid in Scotland: Restrictions to ease but face masks remain

Scotland is to move to level zero of Covid restrictions on 19 July, but mandatory use of face coverings is to remain in place for "some time".

First Minister Nicola Sturgeon said the planned easing had to be modified due to the spread of the Delta variant.

The move to level zero means more people will be allowed to meet indoors and attend weddings and funerals.

However, limits on outdoor meetings are to be maintained, and the return of workers to offices is to be delayed.

Ms Sturgeon said "sensible precautions" had to be maintained while the vaccine programme continues.

She said she still hoped Scotland could move beyond level zero from 9 August - the point at which the government aimed to scrap most legal restrictions.

Ministers also plan to remove the blanket requirement for close contacts of those who test positive to self-isolate - as long as they have had two doses of vaccine - at that point.

Ms Sturgeon said a decision would be made before the new academic term on whether or not school pupils who are the close contacts of positive cases will have to self-isolate.

And fully-vaccinated people returning from amber list countries will not need to quarantine as of Monday, as long as they take a test after arrival.

However, the first minister told MSPs that mandatory precautions like the mandatory wearing of face coverings and guidance on ventilation and hand hygiene would remain in place "for some time".

Ms Sturgeon added: "We must stick to a cautious approach. We are easing restrictions next week, but we are not abandoning them.

"And even when we move beyond level zero, we will continue to require some baseline measures such as face coverings." 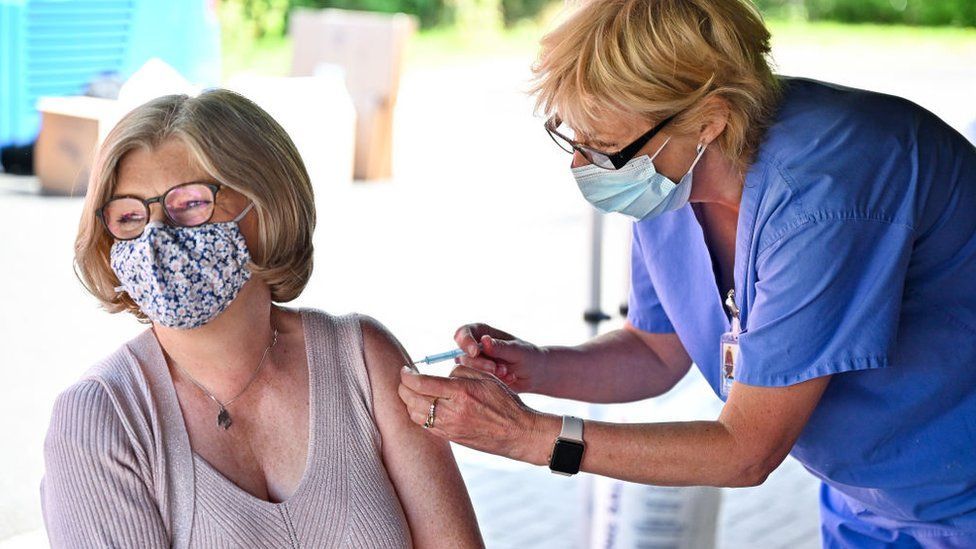 Scotland has been hit by a record-breaking third wave of Covid-19 cases in recent weeks, with the faster-spreading Delta variant putting pressure on health services.

Ms Sturgeon told MSPs - who were recalled for a virtual session despite Holyrood being in recess - that the spike in infections had "levelled off", and that the vaccine programme was weakening the link between case number and severe illnesses.

She said "a gradual approach" to easing restrictions stood the best chance of being sustainable and of minimising loss of life.

Nicola Sturgeon made her strategy clear when she said "I will always err on the side of going more cautiously".

England is returning towards normality at a quicker rate, and UK ministers have conceded this could result in very high case numbers.

But Nicola Sturgeon wants to emphasis restraint. She mentioned a couple of times that she will not take the easy option "for good headlines".

A statement aimed at Boris Johnson? He of course maintains his changes for England are the right moves at the right time.

Despite the cautious tone, most level zero changes are going ahead in Scotland from next week as planned.

An obvious point of divergence from England is face coverings.

While laws around face coverings in England will be repealed shortly (they'll still be encouraged), Nicola Sturgeon made clear they'll stay here "for as long as necessary".

It feels like they'll be one of the last measures to go.

The move to level zero means:

*  Up to eight adults from four households can meet indoors at home, and up to 10 can meet in a pub or restaurant - with no need to pre-book a two-hour slot.

*  Up to 15 people from 15 households can meet outdoors, and up to 200 can attend weddings and funerals.

Plans have, however, been modified in light of high case numbers:

*  Hospitality venues will be required to close at midnight.

*  Some physical distancing rules are to be maintained outdoors, with different groups of 15 required to stay at least 1m (3ft 3in) apart in public spaces - meaning there may be limits on some outdoor events.

*  A "gradual" return to office working was due to be part of the move to level zero, but this has now been put back to 9 August.

Ms Sturgeon said the move was "not a complete and wholesale lifting of all restrictions", but it said it "does restore yet more freedom to all of us".

What has the reaction been?

Business groups broadly welcomed the changes, but some were critical of ministers "moving the goalposts" at the last minute by altering their plans.

The Scottish Retail Consortium said firms "will be reassured the sense of progress is being maintained, even if the pace has slowed".

The Federation of Small Businesses Scotland said no longer requiring people to book a slot in a bar or restaurant "should hopefully generate some extra passing trade", but said there was "less good news" for the events sector with outdoor restrictions to continue.

And the Scottish Chambers of Commerce said the move to level zero was "another encouraging milestone", but said the modifications to plans would cause uncertainty - and said postponing the return to offices would be "a bitter blow for employees and employers alike". 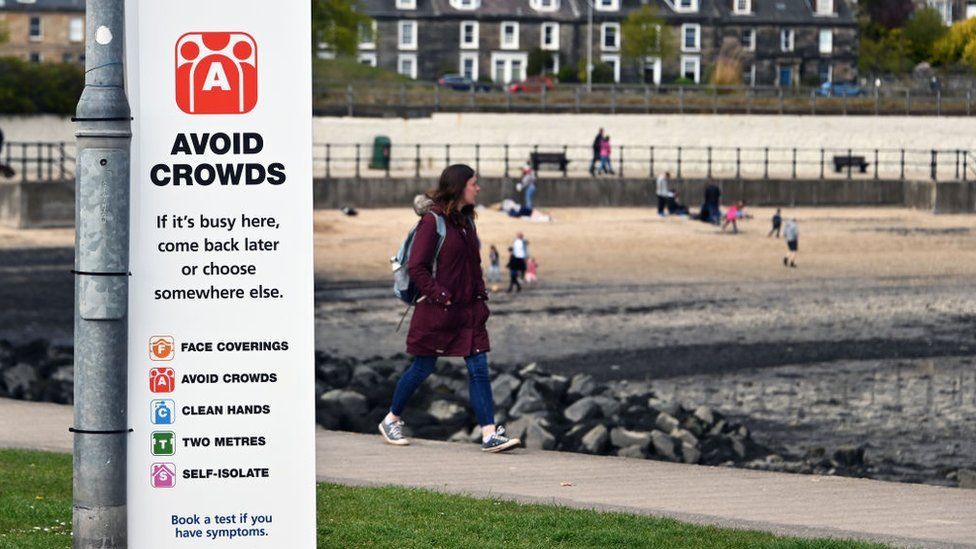 The virtual session of parliament gave opposition politicians the chance to question the first minister about the plans.

Scottish Conservative leader Douglas Ross said "we can't continue asking the public to sacrifice so much of their lives".

He said: "The balance has to tilt further in favour of moving forward - we have to make progress back to normality. The public have done what was expected of them, now it's time for this SNP government to deliver."

Labour's Anas Sarwar said the changes to restrictions were welcome, but said "inconsistent decision making and communications" was hitting the response to the pandemic.

He said: "The high rate of cases is a cause for concern and I'm afraid what the first minister has presented today is not a clear strategy to cope with the new phase of the pandemic."

Scottish Green co-leader Lorna Slater said she had "concerns about reducing restrictions while case numbers are so high", voicing fears that it could lead to a vaccine-resistant variant emerging.

And outgoing Scottish Lib Dem leader Willie Rennie said changes to self-isolation rules must be made "urgently", with "thousands of key workers" having to quarantine despite testing negative.