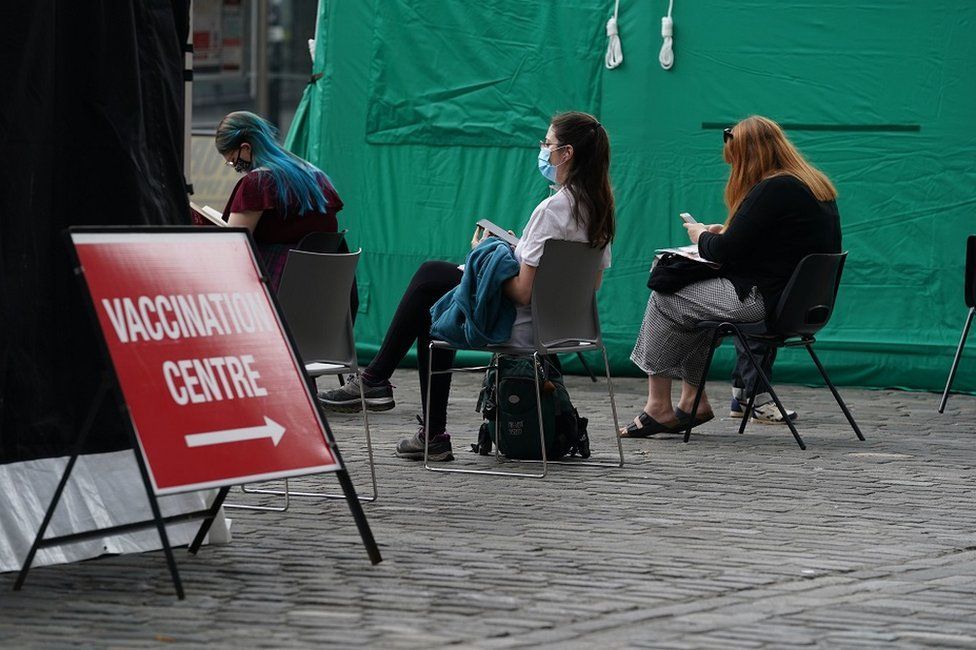 Covid in Scotland: Are young people slowing the vaccine drive?

Efforts are being stepped up to convince more Scots to get the Covid-19 jab as lower age groups become the vaccination programme's chief target. But are younger adults less likely to turn up for their vaccine appointments? If so, why might this be, and what is the government doing about it?

What do the stats say?

Looking at a snapshot of current vaccination levels, it is true that younger people seem to be the last group still waiting to be jabbed.

But then they were also the last to be offered them. And there is little to suggest that, for example, people aged 20 have in general been any slower to come forward than those aged 30 or 40.

Initial take-up when the programme moves into a new age group is usually pretty fast. The lines on the graph are markedly similar - a steep rise, followed by a fairly sudden plateau.

The immediate take-up rate of the vaccine among younger people has been similar to that of older demographics. The difference has been that groups in the under-50 cohort have started to plateau at lower levels. 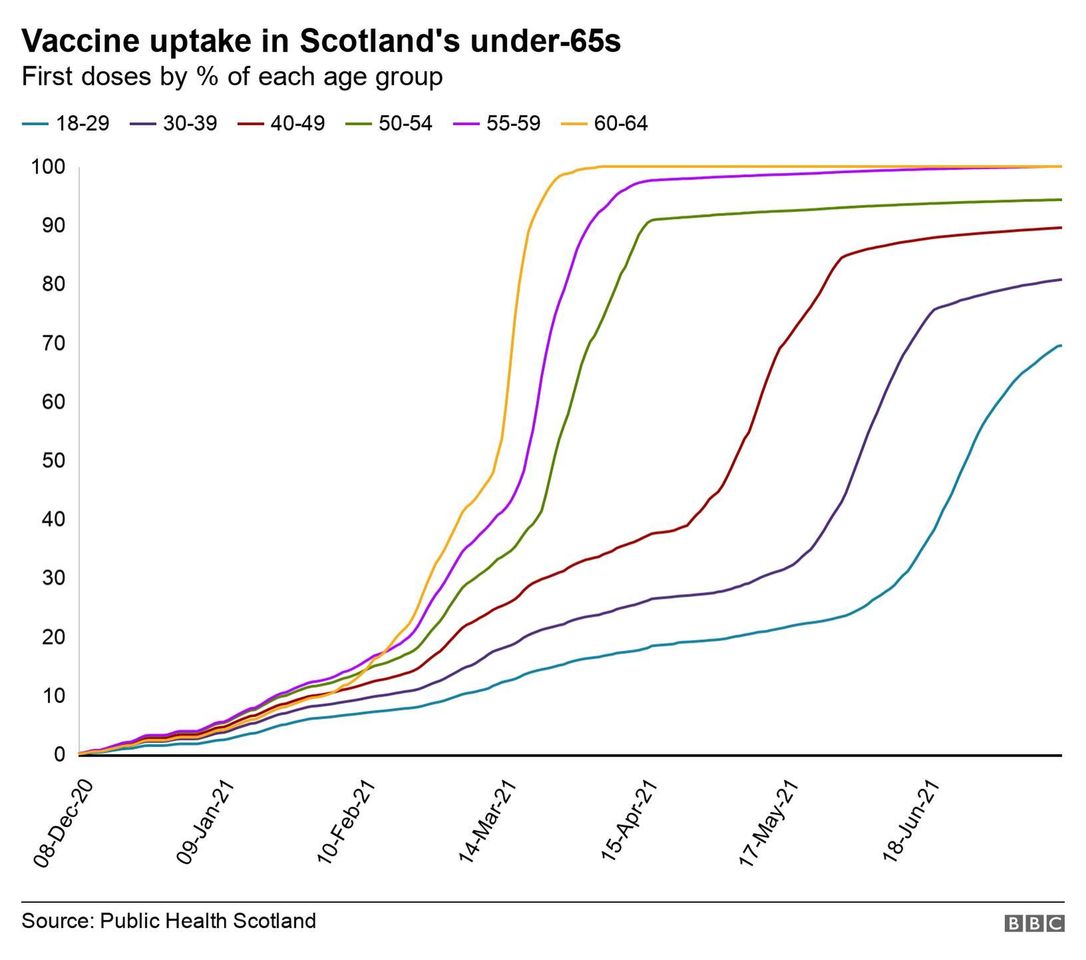 In 40 to 49-year-olds the graph began to level off at 85%, and in 30 to 39-year olds it was at 75%. Each group has since added another five percentage points to its total, so progress is still ticking along - just more slowly.

From these figures, it would appear that the change has not occurred since vaccination of the youngest age bracket began - it is the continuation of a trend which started as soon as the JCVI priority groups of those over 50 were complete.

That is also the point at which many older people started getting second doses - more of which have been given out than first doses on almost every day since. 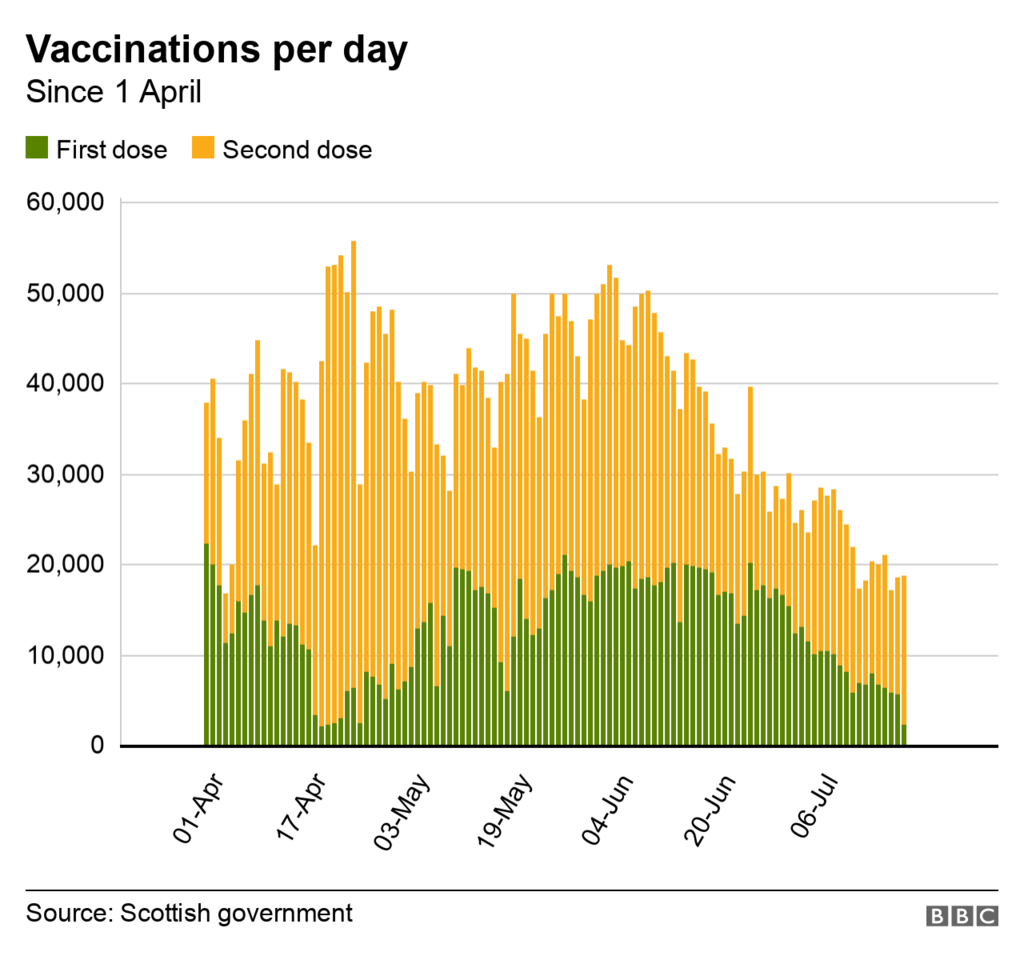 Why might young people be less likely to want a jab?

A number of reasons have been offered.

Young people have been told throughout the pandemic that they are less likely to fall seriously ill or die from Covid-19. They are not invincible - there are plenty who have been hit hard by the symptoms of the virus or who continue to struggle with long Covid.

But they have not been in the position of older demographics where the pandemic has been a personal matter of life and death. 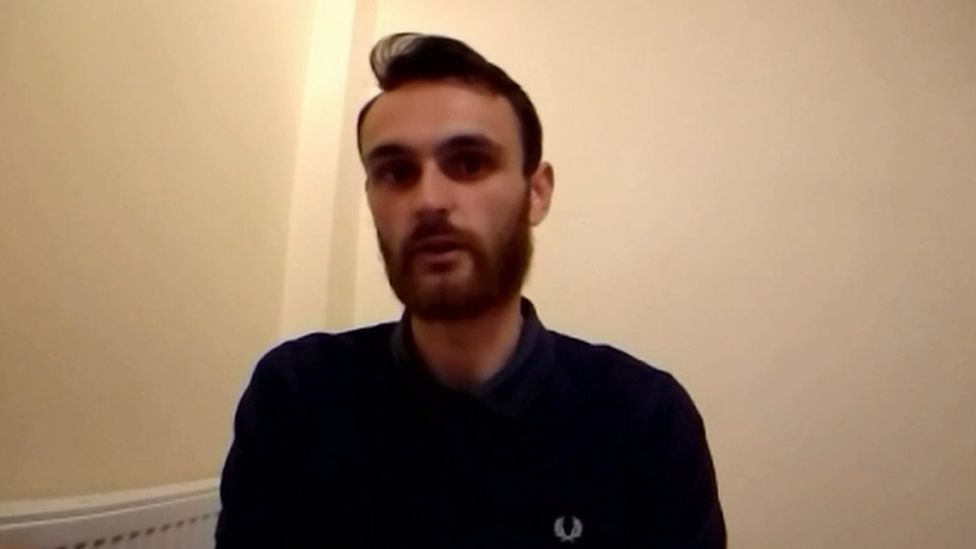 Darren Pake, 25, from Dundee, told BBC Scotland's The Nine programme that it should be a choice whether people get the jab or not.

He said: "I was always very on the fence but more leaning towards not wanting it because I didn't feel like I was particularly at risk. The big threat that was always lurking was vaccine passports as a new normal, that never really sat right with me."

There is also an element of distrust in politicians. Bobby Douglas, 18, also from Dundee, said he had not gone for a jab as a "protest" against the government for not lifting restrictions more quickly.

He said: "If we do get it, restrictions aren't going to end tomorrow or soon - even if Scotland moved past level zero on 9 August, there's always that possibility that restrictions might be brought back in.

"What is the point in the vaccine if restrictions are going to be brought back?" 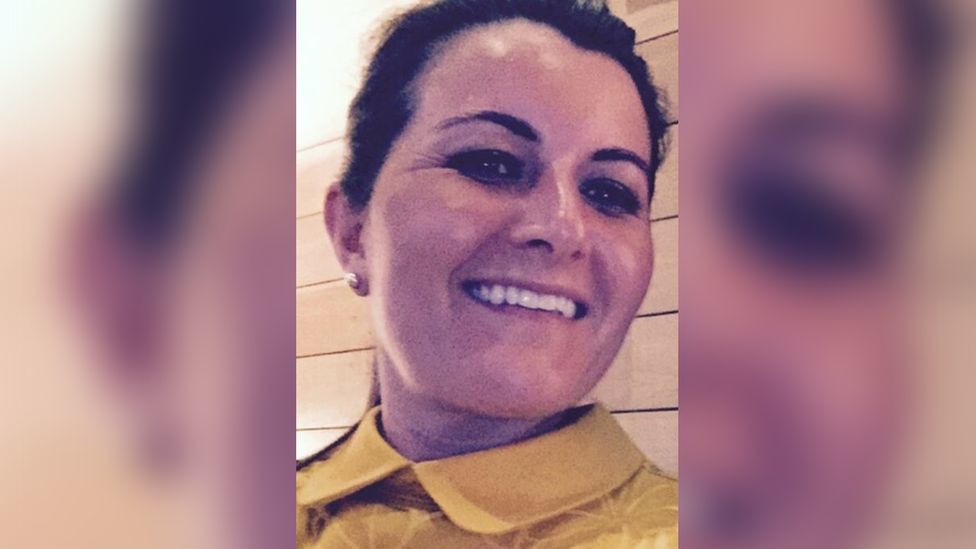 Others have voiced concerns about the vaccines themselves. Simone Pearson, 48, from Edinburgh, said she "desperately" wanted a jab but did not want the Oxford-AstraZeneca after it was linked to rare blood clots.

She said: "I have visited numerous vaccination hubs to be told that I don't have a choice, even although they have other vaccines there."

Ms Pearson thinks it is "down to luck" what you are offered.

She explained: "I've had friends at work in the over 40's age category who received the Moderna vaccine. It seems likely it is more of what's available on the day. At least two friends of mine in their 40's have now received Moderna, and I feel like I'm having to tour the country to try and get something that isn't AstraZeneca."

Have other things stopped young people getting jabbed?

The virus itself may be one of the stumbling blocks to younger people attending their vaccine appointments.

Scotland started vaccinating the 18 to 29-year-old group in earnest around the start of June.

This was also roughly the time that Scotland's case numbers began to climb the crest of the third wave. There have been almost 100,000 new cases since, and these were disproportionately among younger people.

People are not meant to have the vaccine for 28 days after developing symptoms or testing positive, and others may also have missed appointments when self-isolating.

There may also be non-virus factors involved - those aged 25-50 are significantly more likely to be in work than other cohorts and to have other commitments, for example with young families. 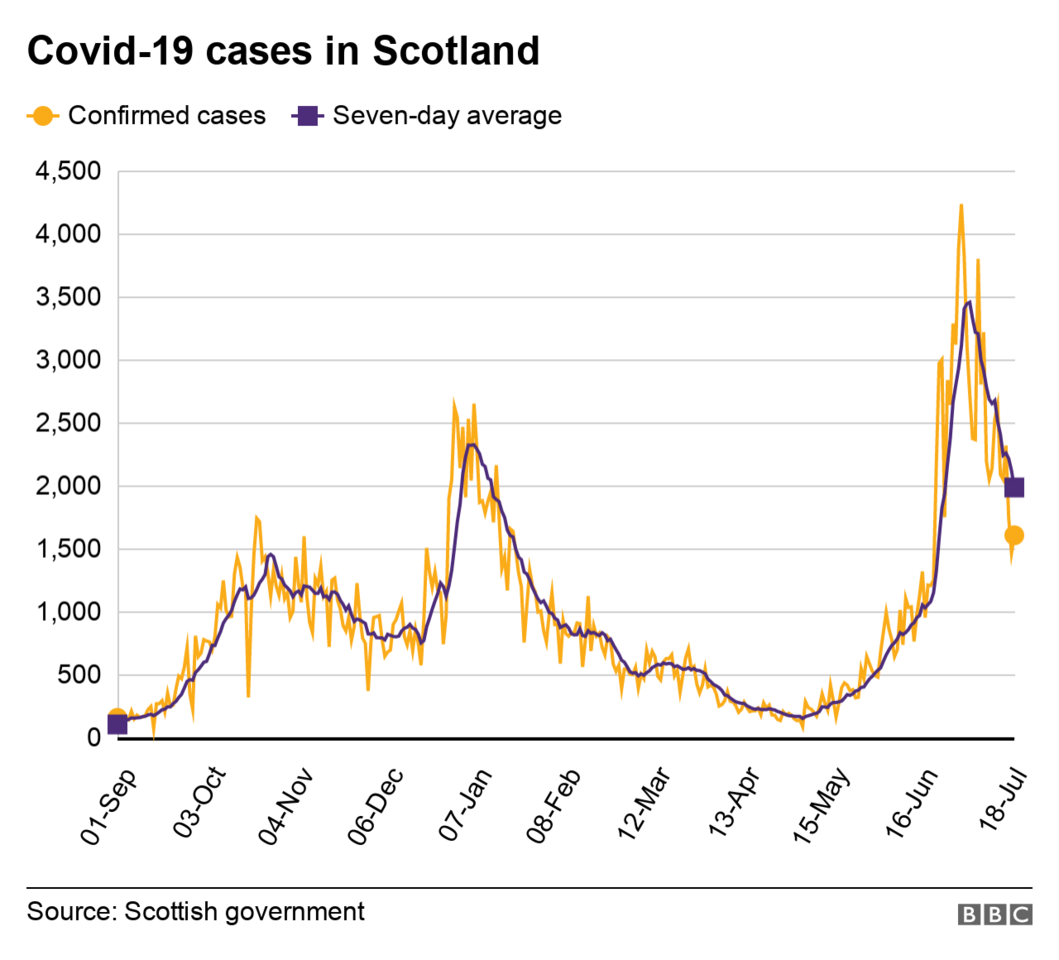 What is being done about vaccine uptake among the young? 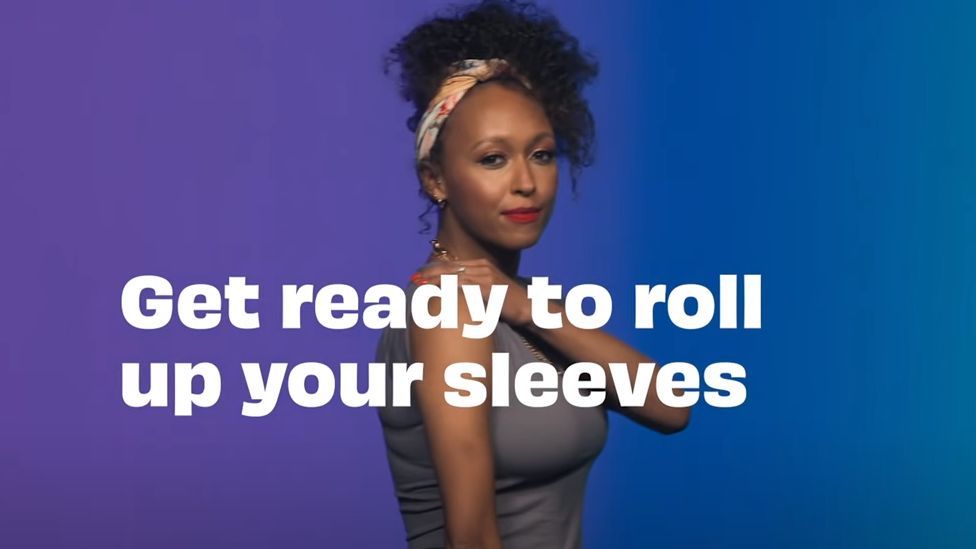 The Scottish government has insisted that the vaccine drive is proceeding well, and that there are only a few groups left to "chip away" at.

Nicola Sturgeon has issued a plea for younger people to keep getting vaccinated, asking families to encourage young relatives to take part.

The government has put out adverts across television and social media platforms aimed at younger people, including a range of Facebook and Instagram ads shown only to people under 35.

Health boards have also opened drop-in centres and mobile clinics to make it easier for people to get vaccinated in a time and place that works for them.

The first minister said: "We are exploring all possible methods of making vaccines as accessible as possible, but also ways in which we can address any of the other reasons why people might be reluctant to come forward.