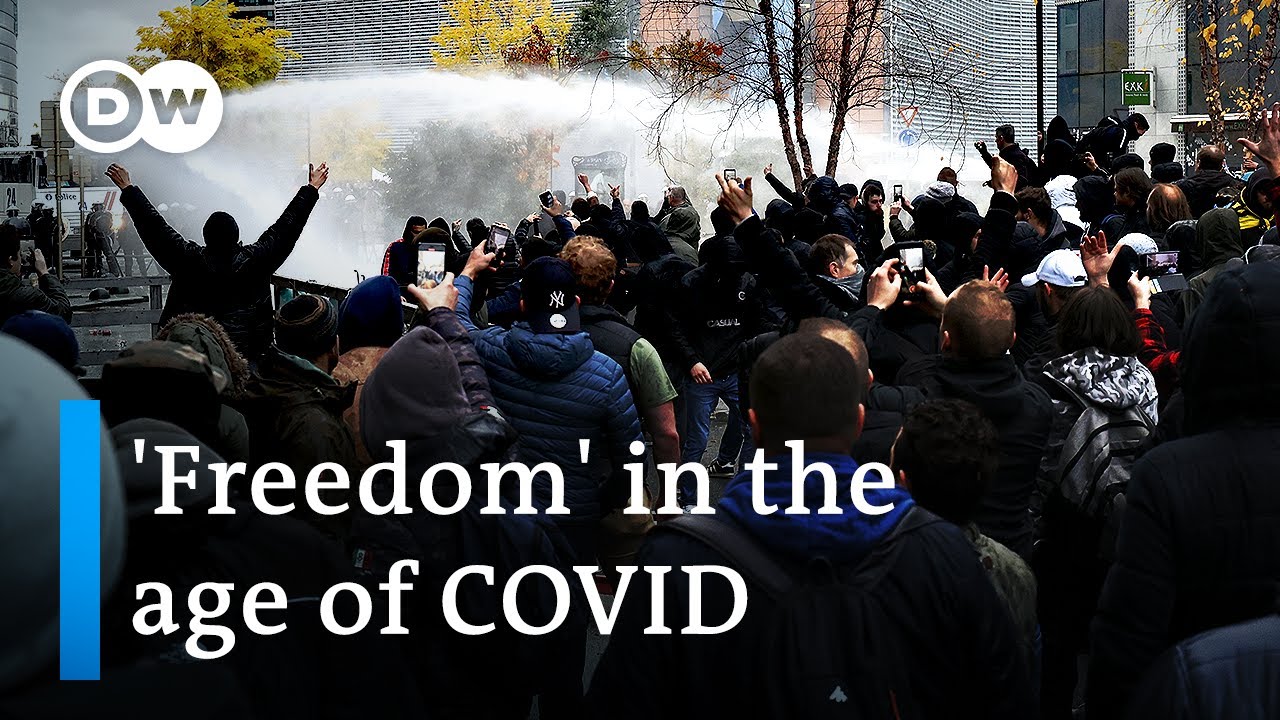 Europe's insufficient vaccine take-up has prompted restrictions and with it violent opposition from citizens. Whereas Asia, still suffering from the impact of COVID, is marching on ahead with a steady vaccine rollout. What explains this difference?
in Europe, a national lockdown has gone into effect in Austria. This is in addition to restrictions in other countries, such as in the Netherlands and Belgium, to control rising case numbers, primarily to do with lower than expected vaccination figures.

But these restrictions have prompted protests and in some cases violence. In Belgium, police clashed with protesters on Sunday. There is anger over the government's advice to get vaccinated and any possible moves to impose mandatory vaccinations as Austria has done. Similar scenes were reported in the Netherlands, which saw a third straight night of violence.

So while many in Europe believe their freedoms are compromised through vaccination, in most places in Asia, it's just the opposite. Many believe vaccination is the key to their freedom, which is why some nations in the region rank among the world's best when it comes to vaccination rates. Countries like Japan, Cambodia and Malaysia have also started reopening even as Europe starts to re-close.
#vaccine  #Covid
Add Comment