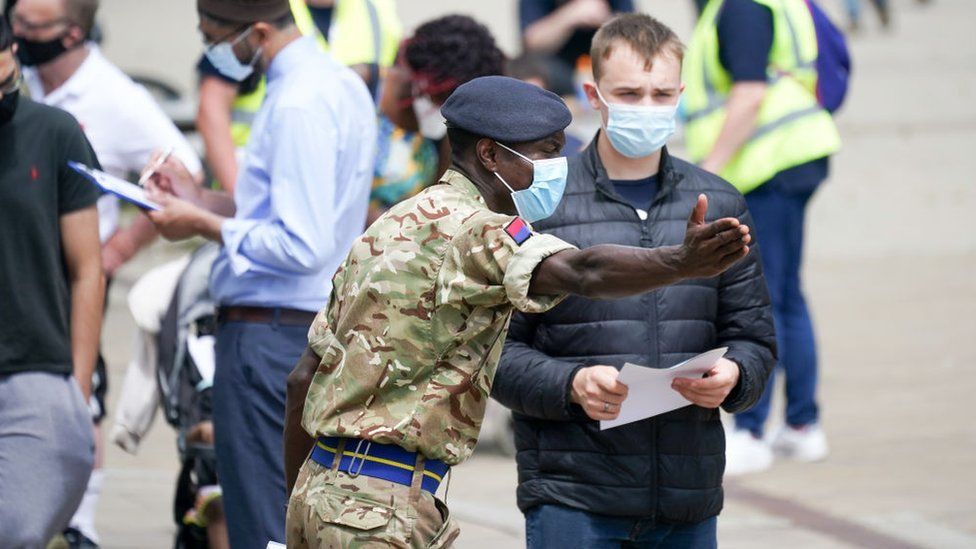 Covid: Everyone can see hospitalisations going up, says PM

Boris Johnson says it is clear that Covid cases are rising and hospitalisations increasing, as a decision on 21 June unlocking looms.

Official figures show more than 1,000 people in the UK are currently in hospital with the disease.

The PM said he needed to assess the extent to which the vaccine rollout has built up protection in the population before progressing with the roadmap.

And he said again that the decision for England would be "driven by the data".

The number of people in hospital with the virus has risen above 1,000 for the first time since mid-May.

Scientists believe this could be the start of the third wave, caused by the Delta variant.

The size of that wave depends on how effective vaccines are at protecting people - and that is still uncertain.

The government is due to decide on 14 June whether to lift the last remaining restrictions in England.

But government sources are more downbeat about the prospect of the easing going ahead the following week.

Speaking in Cornwall ahead of the G7 summit, the prime minister said there are "arguments being made one way or another" as to whether all restrictions can be lifted as planned.

"What everybody can see very clearly is that cases are going up and, in some places, hospitalisations are going up.

"What we need to assess is the extent to which the vaccine rollout, which has been phenomenal, has built up enough protection in the population in order for us to go ahead to the next stage." 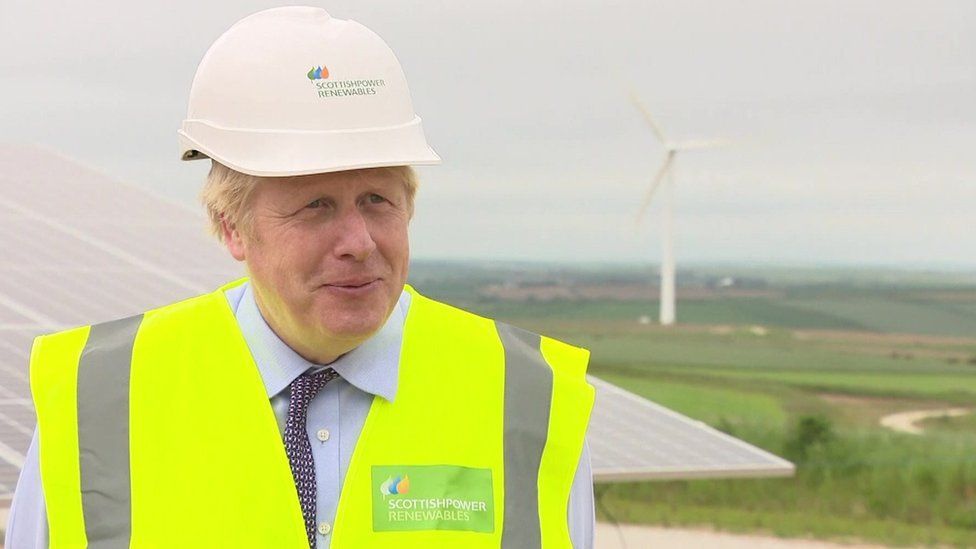 Mr Johnson added: "The reason we've been doing the steps on the roadmap with five-week intervals is to give us time to look at all the data as it comes in and access the state of the pandemic before we go forward to the next step.

"So on Monday that four-week period will be up - and we'll look at where we are."

It comes as one million under 30s booked vaccine appointments in England on Tuesday - and data showed more than half the adult population is fully vaccinated.

Prof Neil Ferguson, virus modeller from Imperial College London whose predictions were key to the first lockdown in March 2020, has said that delaying unlocking would allow more people to be vaccinated.

While a first dose gives some protection against the Delta variant, first detected in India, the second dose appears to give much more.

Another 7,540 people tested positive for the coronavirus in the UK on Wednesday - the highest daily number of cases since the end of February, the latest government figures show.

There were also a further six deaths reported within 28 days of a positive test. A week ago there were 4,330 cases and 12 deaths.

A total of 1,024 people are now being treated in hospital in the UK, up 69 on the previous figure. 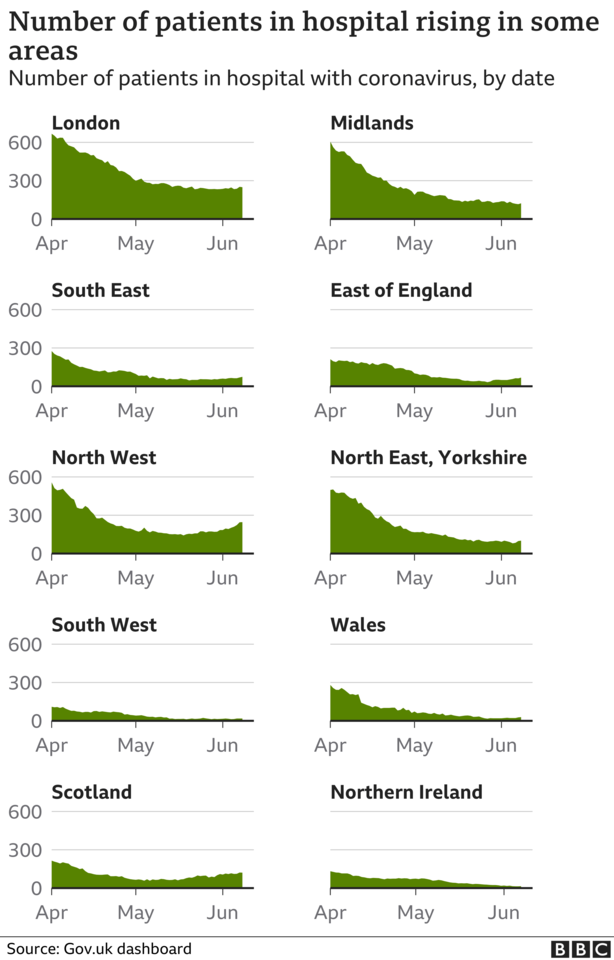 To date, most of those in hospital have not been vaccinated or had only one dose, with very few fully vaccinated.

Prof Ferguson said it was still not clear how the rise in cases would translate into hospitalisations and it would take a few more weeks to find out.

It was always expected cases would rise at this stage - indoor mixing is the move that allows the virus to spread most easily.

But what's concerning government scientists is how quickly cases are going up because of the Delta variant, and how that has begun to translate into hospitalisations.

The hope was the vaccination success would lead to a slower increase in infections and hospital admissions would be flatter.

Vaccines have weakened the link between the two. The rate of admission seems to be about half of what it was in September when infection levels were last climbing like this.

But that may not be enough. One hope is the rise in infections could fizzle out given the immunity that has built up in the population.

But the lack of certainty means government scientists are suggesting extra time may be needed before the complete unlocking of society.

This will have a double benefit - allowing more time to gather data and increasing the numbers vaccinated.

Experts say there is still much about the Delta variant and how well vaccines work against it that is unknown.

Health Secretary Matt Hancock previously said the variant was 40% more transmissible than the Alpha (or Kent) variant, but Prof Ferguson's "best estimate" is 60%.

"Almost certainly I think deaths probably will be lower [than the second wave] - the vaccines are having a highly protective effect, cases in hospital now are milder - but it still could be quite worrying," Prof Ferguson said.

The rises in hospital cases are mainly driven by increases in Scotland and the north-west of England.

This is where cases have been rising for the longest in the UK in the early stages of this third wave. 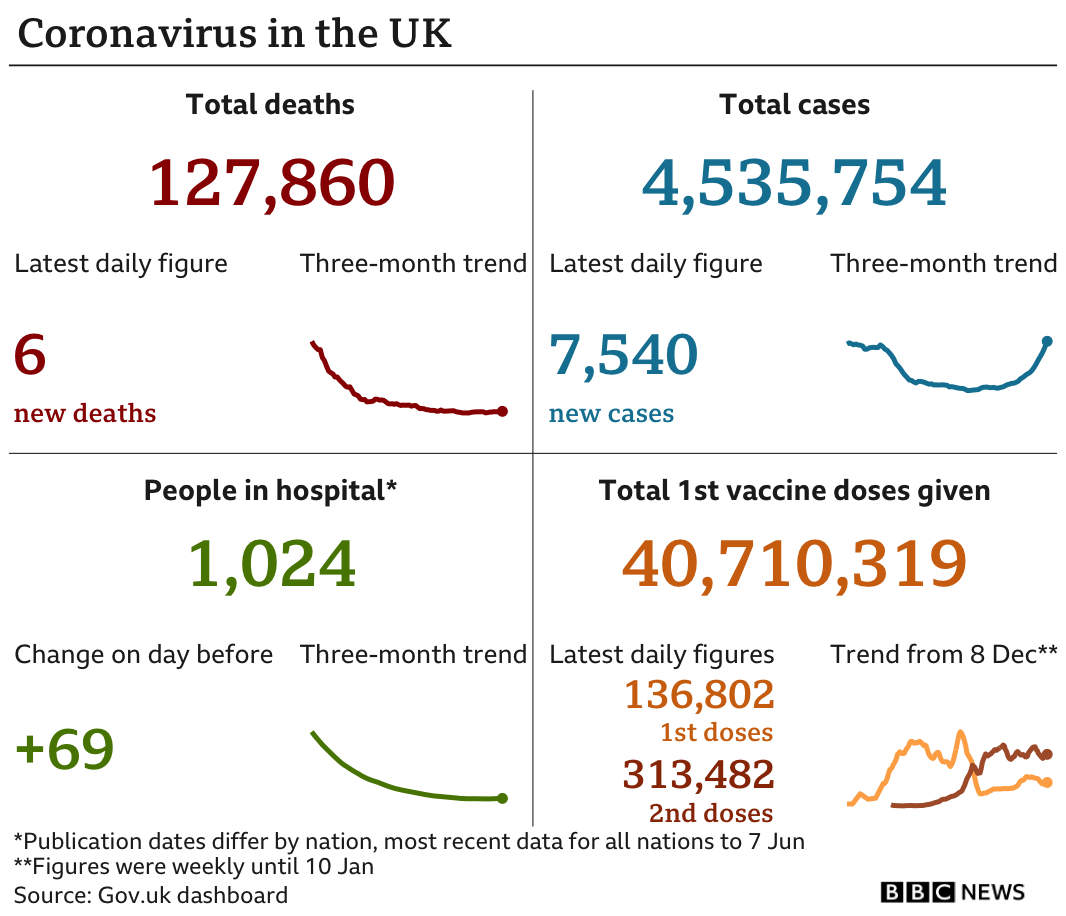 Vaccines and tests are being offered more quickly to people in Greater Manchester and Lancashire in a bid to suppress cases of the new variant, as Bolton has been able to do.

The town saw a recent drop in infection rates and the government is now planning the same approach in other parts of the region.

Meanwhile, a record million jabs were booked on Tuesday when those aged 25 to 29 became eligible for the vaccine in England, according to new figures.

The NHS in England said 100,000 appointments were being booked every hour at the height of the surge.

He added: "The obvious enthusiasm of younger adults to get their jab has blown out of the water the suggestion that people in their 20s might not come forward to protect themselves and their loved ones."