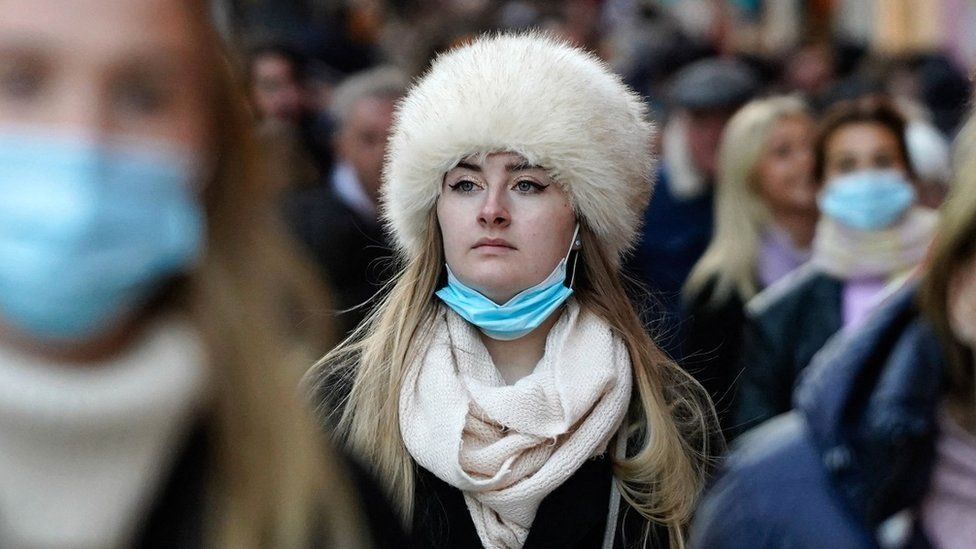 Covid cases in England have hit another record high, with a further 117,093 infections reported on Tuesday.

Some 9,546 people are in hospital with Covid, the highest since March but well below the peak of 34,000 in January.

So far, the surge in cases driven by Omicron has not led to a similarly sharp rise in hospital admissions, even taking into account the lag between infection and hospital treatment.

Full UK-wide Covid data has been unavailable over the Christmas period.

The UK government's Covid dashboard recorded a further 129,471 cases on Tuesday - but that figure only includes data from England and Wales and reflects different time periods.

It is likely that a full national picture will only be available again in the first week of January.

The record cases come as a UK minister said people should enjoy themselves but be cautious when celebrating new year.

Care minister Gillian Keegan said revellers should take a lateral flow test before going out and celebrate in well-ventilated areas.

Unlike Scotland, Wales and Northern Ireland, the government has decided against introducing new Covid measures in England ahead of new year.

Prof Sir John Bell, regius professor of medicine at Oxford University, told the BBC's Today programme the decision not to introduce new curbs before then was "probably fine", with data showing "very low" numbers of vaccinated people in intensive care.

He said the Omicron variant was "not the same disease" we saw last year, adding he thought "the horrific scenes that we saw a year ago" were "now history".

Not all experts have agreed with the government's decision though, with Prof Andrew Hayward - epidemiologist and a member of the advisory group Sage - saying ministers seemed to be acting "on the optimistic end of the spectrum".

But Environment Secretary George Eustice told the BBC that while there were early signs that Omicron was leading to fewer hospital admissions than previous waves, ministers would not hesitate to act if necessary.

The latest figures from Wales suggested a steep rise in cases in the days before Christmas, while infections in Scotland remain among the highest recorded. No cases data has been available for Northern Ireland since 24 December. 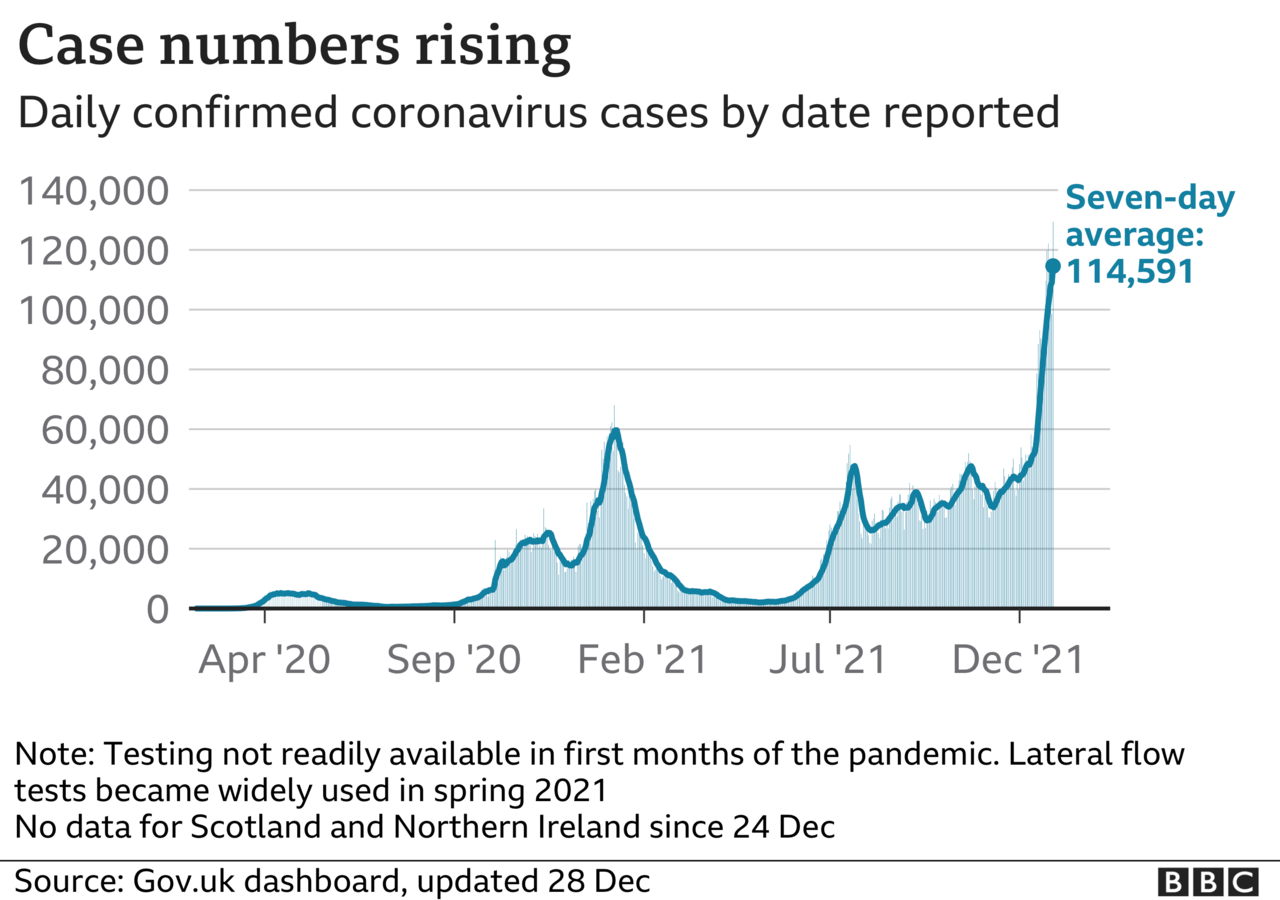 England saw another 1,374 Covid hospital admissions on 26 December - the highest number since February.

Not all the patients in hospital will have been admitted for Covid - latest data suggests about three in 10 have the virus but were admitted to hospital for something else.

Chris Hopson, chief executive of NHS Providers, which represents NHS trusts, said some trust bosses thought self-isolating staff would be a "bigger problem" than the number of people being treated for Covid.

And he told the BBC that while there may come a point where Covid is treated like a common cold, that should not be the case for people who work in the NHS, as they dealt with potentially "very, very vulnerable" people.

Omicron: What we know

* This variant is very contagious and spreads faster than others

* It is milder - if you catch it, the risk of needing hospital treatment is up to 70% lower than with previous variants - but that is largely because many of us have built up immunity from vaccines and past infections rather than changes to the virus