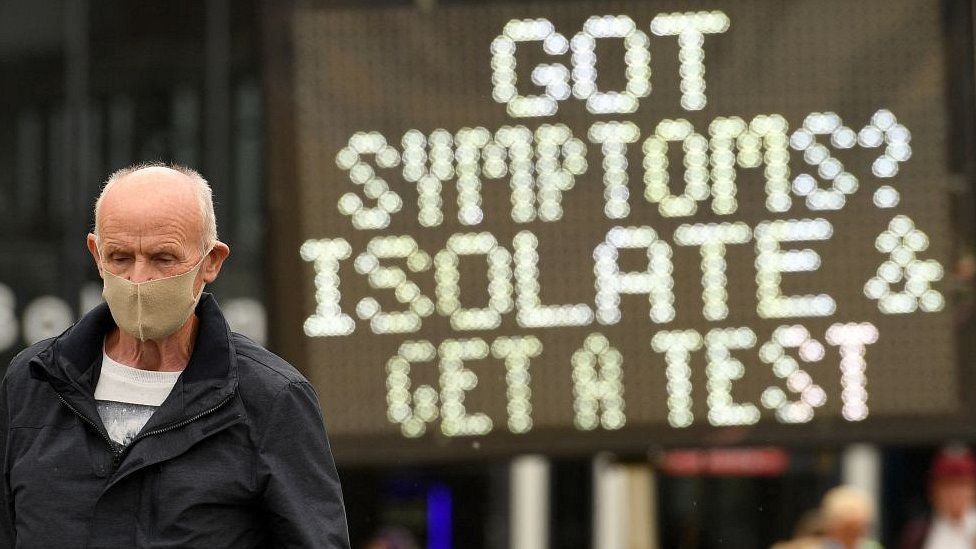 Coronavirus cases have risen to their highest level since early April, when lockdown restrictions first began to be lifted, Office for National Statistics (ONS) figures suggest.

But these and other figures indicate the vaccination programme is making a significant difference.

It's still ten times lower than the January peak, though.

The ONS study, which has run throughout most of the pandemic, takes swabs from a sample of the UK population, whether or not they have symptoms.

This allows it to monitor the virus, even in those who don't know they have it or won't otherwise come forward for testing.

Although cases, hospital admissions and deaths have been on the rise, the deaths haven't risen nearly as much as we'd expect, based on this number of cases pre-vaccines.

Dr Jenny Harries - Chief Executive of the UK Health Security Agency- said the vaccines had "begun to break the link between cases and hospitalisations".

But she warned that while they "provide excellent protection, they do not provide total protection" - so caution was still needed.

The ONS found a clear increase in the percentage of people testing positive in England and Scotland, while the trend was "uncertain" in Wales and Northern Ireland.

The highest percentage of people testing positive was in the North West of England, followed by the North East (0.3%) - but Scotland saw a bigger increase in cases than England, despite having fewer cases overall.

The biggest increase in positive tests was found in older teenagers and younger adults - those aged 17-24. This group is among the most likely to mix with lots of other people, while being the least likely to be vaccinated.

People aged 25-34 had been on a similar upward trend but this appears to have been curtailed by the introduction of vaccines, and cases in this age group are falling again.

This comes as Public Health England figures - also published on Friday - show a 46% increase in the number of Delta variant Covid cases in the last week, with most cases being in the under-50s.