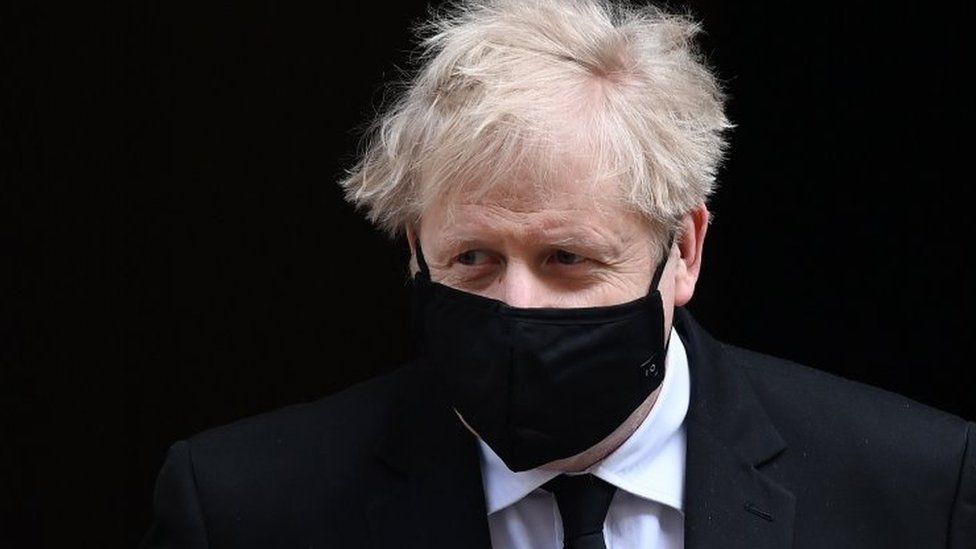 Covid: Boris Johnson's India visit to go ahead despite rise in cases

Boris Johnson's visit to India will still go ahead later this month despite the country's soaring coronavirus cases and a new variant there, No 10 says.

Public Health England says 73 cases of the variant first identified in India have been found in England and four in Scotland.

Officials have called it a "variant under investigation" rather than "of concern".

The PM had already scaled down his trip due to India's rising number of cases.

The country has reported more than 150,000 Covid cases a day for the past three weeks.

Speaking about the prime minister's visit to India, a No 10 spokesman said the trip was already "slightly shorter than it will have been".

Mr Johnson was due to spend four days in the south Asian country but after talks with Narendra Modi's administration, the "bulk" of meetings will take place on one day - Monday, 26 April.

"As you would expect, safety is obviously important and is a priority for us on this trip, which is why we will make sure that all elements of the visit are Covid-secure," the spokesman said.

Public Health England has designated the B.1.617 variant as a "variant under investigation" and said there was currently no evidence to suggest it caused more severe disease or that vaccines were less likely to work against it.

Officials said "all appropriate public health interventions will be undertaken, including enhanced contact tracing" after its detection, with PHE and international partners monitoring the situation "closely".

Analysis: What do we know about the Indian variant?

Viruses mutate all the time in a bid to survive. The challenge for scientists is to work out which mutations change how the coronavirus behaves.

Do they alter how the virus spreads, for example, do they cause people to become more seriously ill, and could they evade the protection of vaccines?

These are all questions experts will now try to answer about the Indian variant by carrying out experiments in the lab and looking at data on cases in the real world.

So far, we know that it has two mutations - the first, E484Q is similar to one found in the Brazilian, South African and Kent variants - and the second, L452R has been found in a variant in California.

That means it could be a concern based on what is known about those variants already.

But the "double mutation" on its own isn't unusual and has been found in other variants.

Covid vaccines are still very effective at reducing the risk of serious illness and manufacturers plan to update their vaccines in response to the most worrying new variants.

Paul Hunter, professor of medicine at the University of East Anglia, said the variant first identified in India featured two "escape mutations" which "are causing people to be concerned".

"If you think about where the main variants have arisen - South Africa, the UK, California, Brazil, and now India - all of these are countries that have really struggled to keep case numbers down," Prof Hunter said.

"So it's not surprising. India has got a huge pandemic, and therefore that's where you're going to be getting the variant."

Coronavirus cases have risen sharply in India in the past few weeks as the country battles a second wave.

There have been more than 13.9 million confirmed coronavirus cases in India and 172,000 people have died.

The country is not on the UK government's "red list" for travel. This refuses entry to people who have been in those countries in the previous 10 days and means a 10-day hotel quarantine for British or Irish nationals, or people with UK residency rights, returning.

Asked why India had not been put on the red list, Downing Street said the situation was "under constant review".

"We add and remove countries based on the latest scientific data and public health advice from a range of world-leading experts," a spokesman said.