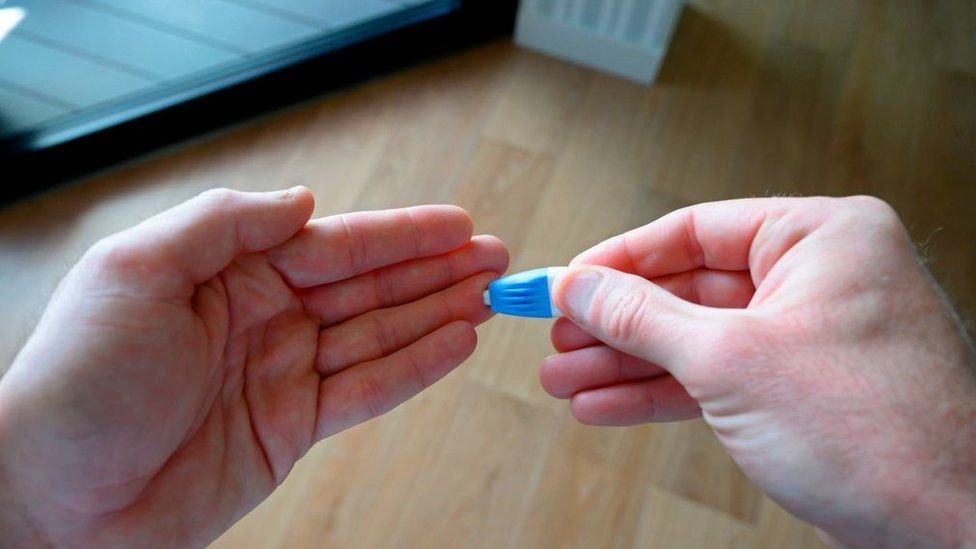 Antibody tests are to be widely offered to the UK public for the first time in a new programme that aims to find out more about how much natural protection people have after getting coronavirus.

The government scheme will offer tests to thousands of adults each day.

Anyone over 18 will be able to opt in when having a PCR test from Tuesday - of those who test positive, up to 8,000 will be sent two home antibody tests.

Health Secretary Sajid Javid said it would be quick and easy to take part.

The first of the finger-prick tests would have to be done as soon as possible after the positive result, so the body would not have time to generate a detectable antibody response to the infection.

The second would be taken 28 days later and measure antibodies generated in response to the infection.

The UK Health Security Agency is to run the programme and will work alongside NHS test and trace services in England, Scotland, Wales and Northern Ireland to use results to monitor levels of antibodies in positive cases.

Its chief executive Dr Jenny Harries said the scheme would help the UK gain "vital insight" into the impact of the vaccination programme and immune responses to different variants.

Mr Javid said it would build on the "massive wall of defence" that was the vaccination programme and getting involved would help "strengthen our understanding of Covid-19 as we cautiously return to a more normal life".

The Department of Health said as well as helping it improve understanding about antibody protection, the scheme could give information about any groups of people who did not develop an immune response after getting coronavirus.

Scotland's Health Secretary Humza Yousaf welcomed news of the study, saying: "It is vital that we have the fullest understanding possible of vaccine effectiveness and the immune response of the broader population.

"The rollout of this antibody testing study will help us achieve this and could play an important role in the battle to keep the virus under control."

Antibody tests have been used previously in the UK during the pandemic but in limited numbers, largely on people involved in studies or surveys.

On Sunday, the UK reported 32,253 new cases and 49 deaths of people who had tested positive within the previous 28 days. 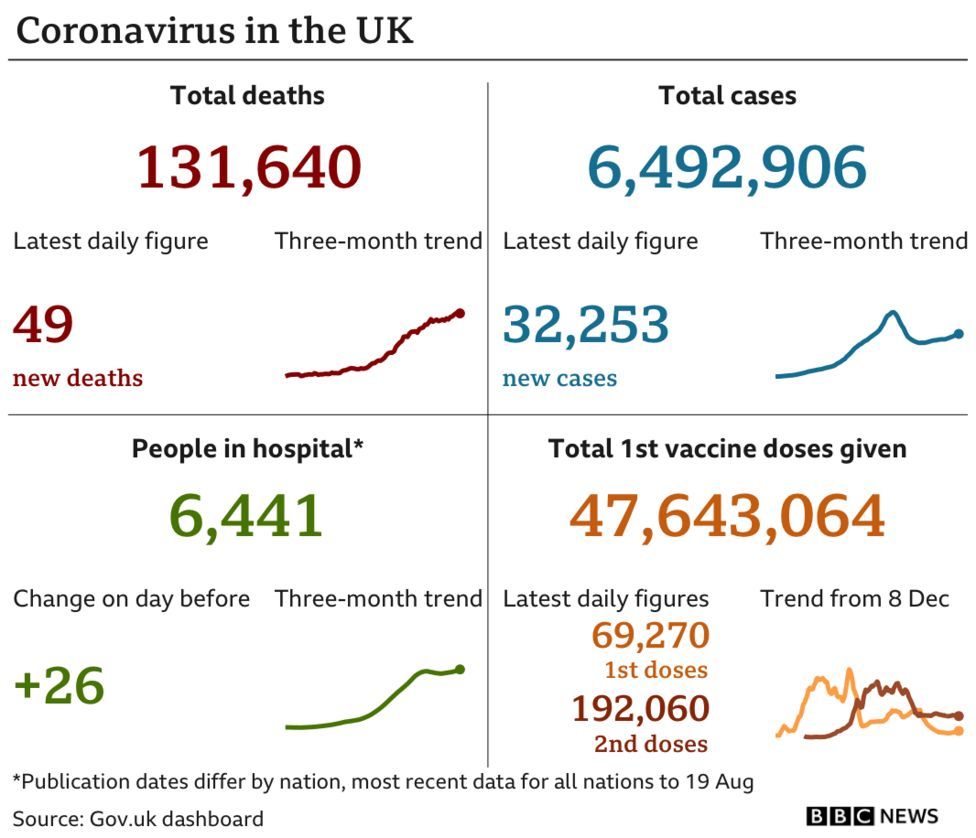