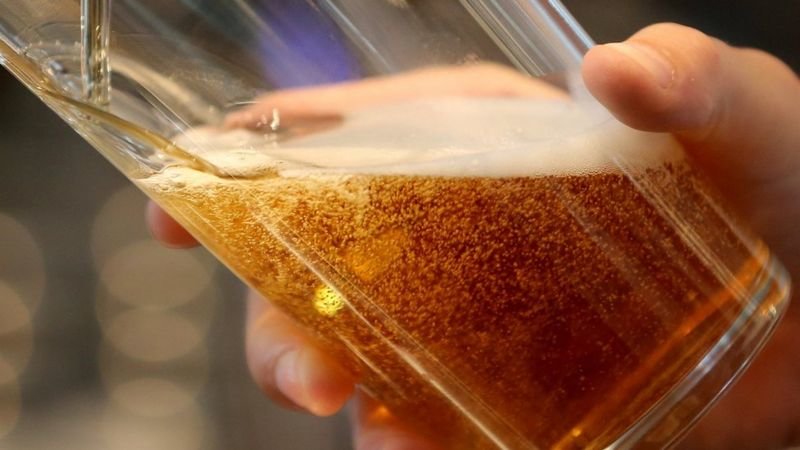 Covid: All alcohol sales to be banned in House of Commons

The House of Commons is to stop serving alcohol on its premises, after tougher Covid restrictions were announced across the UK.
Speaker Sir Lindsay Hoyle said the ban would begin on Saturday, and apply to all catering outlets, whether food is served or not.

He said he had ordered the move as some MPs represent constituencies where pubs have now been closed.

The drinks ban, he added, would last for the "foreseeable future".

A House of Commons spokeswoman said six out of its 10 catering outlets that are currently open serve alcohol, and would be affected by the ban.

A ban on serving alcohol at all Commons premises after 22:00 BST is already in place, while most of its bars remain shut.

The curfew was announced in September, even though Parliament's "workplace canteens" are legally exempt from England's 22:00 closing time.

The Speaker's announcement came after tougher Tier 2 restrictions were announced for London, to begin on Saturday.

Under this "high" alert level, pubs and restaurants will remain open but households will be banned from mixing socially there, or anywhere indoors.

However, in the Liverpool City Region - the only area in England under the "very high" Tier 3 restrictions - pubs not serving meals will be closed.

Pubs and restaurants have been closed across central Scotland, and will remain so until 25 October at the earliest.

Sir Lindsay said he had ordered the parliamentary authorities to bring the Commons "into line with the national picture".

"MPs represent different constituencies in different tiers - with the very highest level ordering the closure of pubs," he added.

He said that the House of Commons Commission - in charge of administration - would meet on Monday to consider "other measures" to protect MPs and staff from Covid-19.
#COVID-19  #Covid
Add Comment