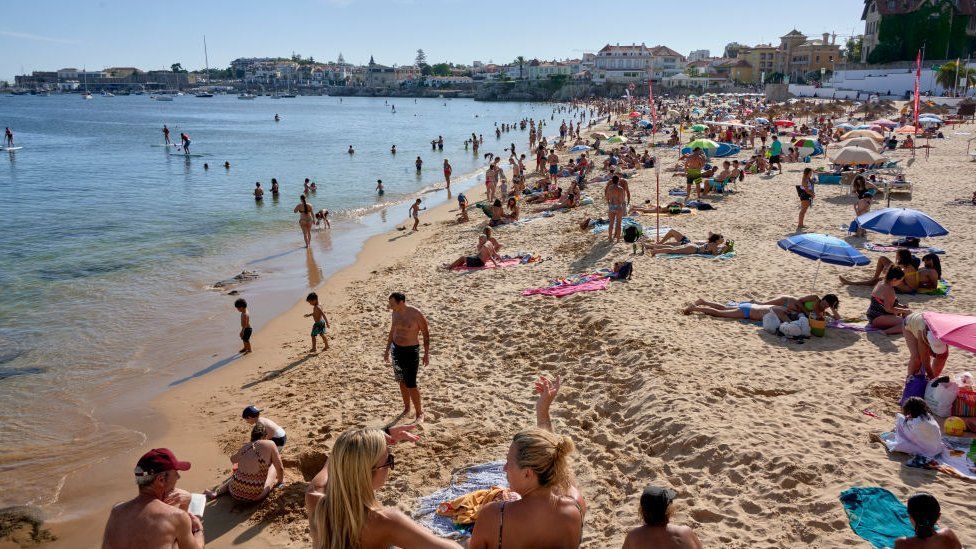 A £5,000 fine for anyone in England trying to travel abroad without good reason is due to come into force next week as part of new coronavirus laws.

The penalty is included in legislation that will be voted on by MPs on Thursday.

Foreign holidays are currently not allowed under the "stay at home" rule which ends on Monday.

Prime Minister Boris Johnson said it was "too early" to set out new foreign travel rules for the summer.

He said: "A lot of people do want to know about what's going to happen on the holiday front and I know there's a great deal of curiosity and interest."

From next week the ban on leaving the UK will become a specific law, backed up by the threat of a fine.

Under the current plan for easing restrictions, the earliest date people in England could go abroad for a holiday would be 17 May.

It comes as another surge in Covid cases in continental Europe, as well as the slow rollout of vaccines across Europe, casts doubt on the resumption of holidays abroad.

The PM's announcement on travelling abroad from England will be made sooner than expected - a taskforce looking into the issue had been scheduled to report back by 12 April.

But it is understood the timings in the roadmap for easing lockdown - including the 17 May date - will remain unchanged.

He said: "I think conservatively, and being risk averse at the moment, I think we should be planning on summer holidays in the UK not overseas."

Prof Ferguson also criticised the exemptions that currently permit foreign travel and suggested everybody should be subject to mandatory testing when arriving into the UK.

Health Secretary Matt Hancock said restrictions on travelling abroad for leisure were necessary to guard against the importation of large numbers of cases and new variants which might put the vaccine rollout at risk.

Airlines UK, which represents big carriers, called for a "tiered system, based on risk" and confirmed airlines were working with government to restart international travel safely from 17 May.

'Now our rescheduled wedding is in doubt' 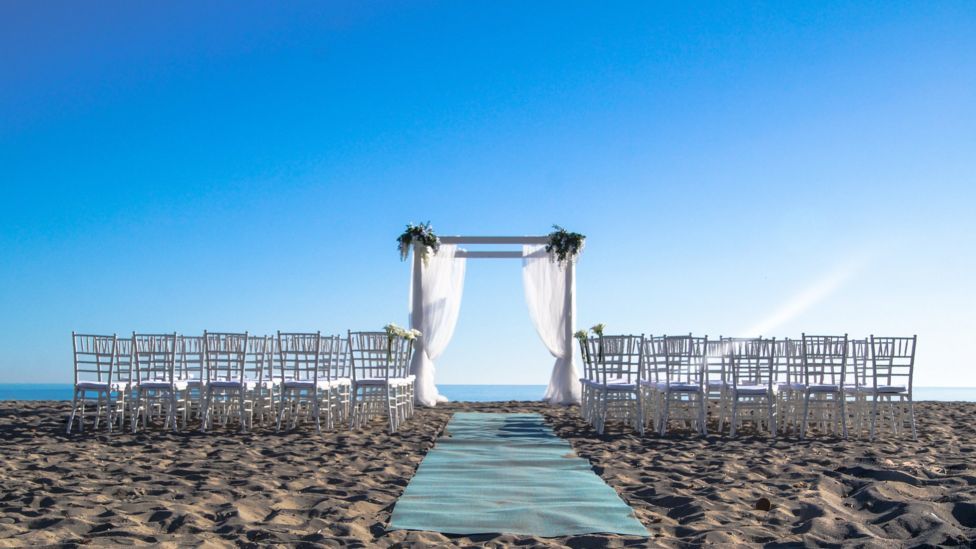 Harriet, 31, and her fiancé Chris, 30, had planned a wedding abroad in Ibiza last September. As the pandemic took hold, they decided to play safe and reschedule for 17 June 2021.

But the announcement of new travel regulations has thrown their revised plans into doubt.

"We have 100 guests due to fly out to Ibiza for our wedding in June and once again, people will have to spend even more money on moving it," she tells BBC News.

"The lack of clarity from the government and mixed messages that were released over the weekend are abysmal."

Harriet points out that she went to Greece on holiday last summer without restrictions - and with more mass testing available now "how can we possibly be in a worse-off situation than we were last year?"

One government minister, Lord Bethell, said England might put "all our European neighbours" on the "red list" of countries.

However, Mr Hancock denied there were plans to do this.

People from those countries are currently not allowed to travel to the UK, with the exception of British nationals and people who are normally resident in the UK - but those two groups must pay to quarantine in a hotel if they do choose to come at the moment.

The "red list" was introduced as part of travel regulations aimed at stopping Covid variants entering the country and is regularly reviewed, meaning countries are added or removed depending on their Covid situation.

The government's global travel taskforce is considering a tiered or traffic light system for international travel when the ban on leaving the country is lifted.

The discussion is focusing on what restrictions would apply to travellers returning from destinations in the lowest level.

The intention is to publish the framework on 12 April, with decisions about which countries are in which tier to be taken later.

Testing for children who travel is being considered because coronavirus vaccines are not currently approved for under-18s.

The new coronavirus laws, due to be introduced on Monday, suggest anyone who leaves England for a destination outside the UK without a reasonable excuse, such as for work, education or medical treatment, could face a £5,000 fine.

Anyone travelling abroad has to fill in a "Declaration to Travel" form, stating a valid reason for leaving the country, such as education, work or childcare.

England's travel ban does not apply to those going to or from the common travel area of the Channel Islands, Isle of Man and the Republic of Ireland unless that is not the final destination.

The UK's devolved nations have the power to set their own coronavirus restrictions.

The earliest date people from Scotland and Wales will be able to go on holiday abroad is, like England, 17 May, while Northern Ireland has not yet announced its own plans.