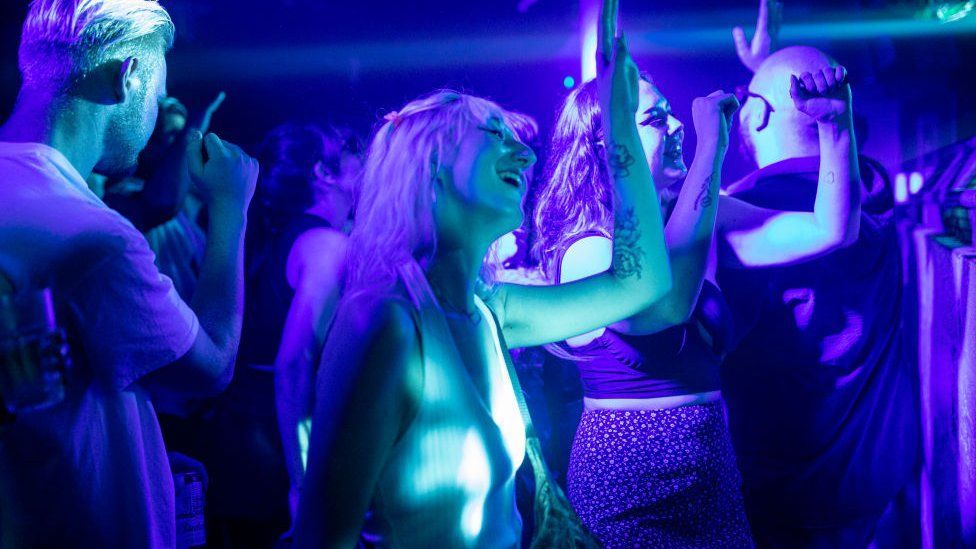 Covid-19: Vaccine passports to start in England this month

Vaccine passports in nightclubs and other indoor venues in England will be required at the end of this month, the vaccines minister has confirmed.

Nadhim Zahawi said it was the right time to start the scheme for sites with large crowds as all over-18s will have been offered two jabs by then.

Asking people to show certificates with Covid vaccination proof has been criticised by venues and some MPs.

Mr Zahawi said it would ensure the economy could remain open.

"The best way we can keep those industries open in my view, in our view, is to work with the industry," he told the BBC's Andrew Marr Show.

The vaccines minister said: "One thing that we have learnt is that in large gatherings of people, especially indoors, the virus tends to spike and spread."

Mr Zahawi also indicated the government's plans to offer a Covid booster jab to most vulnerable people - including all over-50s - could get the go-ahead this month.

And he said extending the vaccine rollout to all 12-15 year-olds would "absolutely" be the right thing to do if the UK's chief medical officers recommended it.

Asked about vaccine passports, Mr Zahawi referred to Premier League football clubs asking some fans to show proof they have been jabbed, which allowed stadiums to reopen to capacity crowds last month.

However, only a small number of clubs have made Covid-19 checks a mandatory condition of entry.

Mr Zahawi added: "When the evidence that you are presented is so clear cut and that we want to make sure the industry doesn't have to go through [an]open-shut, open-shut sort of strategy, then the right thing to do is to introduce that by the end of September when all over 18 year-olds have had their two jabs."

The prime minister's official spokesman last week said the plans first unveiled in July remained in place, adding: "We set out broadly our intention to require vaccination for nightclubs and some other settings."

Opposition to the plans has also come from Tory MPs on the Covid Recovery Group as well as the Liberal Democrats, whose leader, Ed Davey, described them as "divisive, unworkable and expensive".

Meanwhile, Scottish Labour has refused to support plans to require vaccine passports for entry to nightclubs and many large events in Scotland from later this month.

Opposition is building to the Scottish government's proposal, which First Minister Nicola Sturgeon has said would be the least restrictive way to keep people safe.

Wales says it has no plans to introduce Covid passports for venues, while ministers in Northern Ireland have not yet announced a position on a scheme.

On the issue of offering Covid jabs to all 12 to 15-year-olds, Mr Zahawi said he did not want to "pre-determine" the decision of the UK's chief medical officers but would accept their advice.

The Joint Committee on Vaccination and Immunisation (JCVI) decided not to recommend the rollout be extended, saying the benefits to younger children on health grounds alone were "marginal". They have now asked the chief medical officers to consider the wider implications - including transmission rates and disruption to schools.

Prof Peter Openshaw, a member of the Nervtag group that advises the government on virus threats, said he was "a little surprised" at the JCVI's decision.

"We do know the virus is circulating very widely amongst this age group, and that, if we're going to be able to get the rates down and also prevent further surges of infection perhaps later in the winter, then this is the group that needs to become immune," he told BBC Breakfast.

Interim advice from the JCVI has also suggested giving a third dose of a Covid vaccine to more than 30 million people.

Mr Zahawi said: "It is very likely that we will begin boosting those groups as per the, I hope, interim advice becomes final advice by the end of this month."

On Sunday, 37,001 cases of coronavirus were reported in the UK and 68 deaths within 28 days of a positive test. 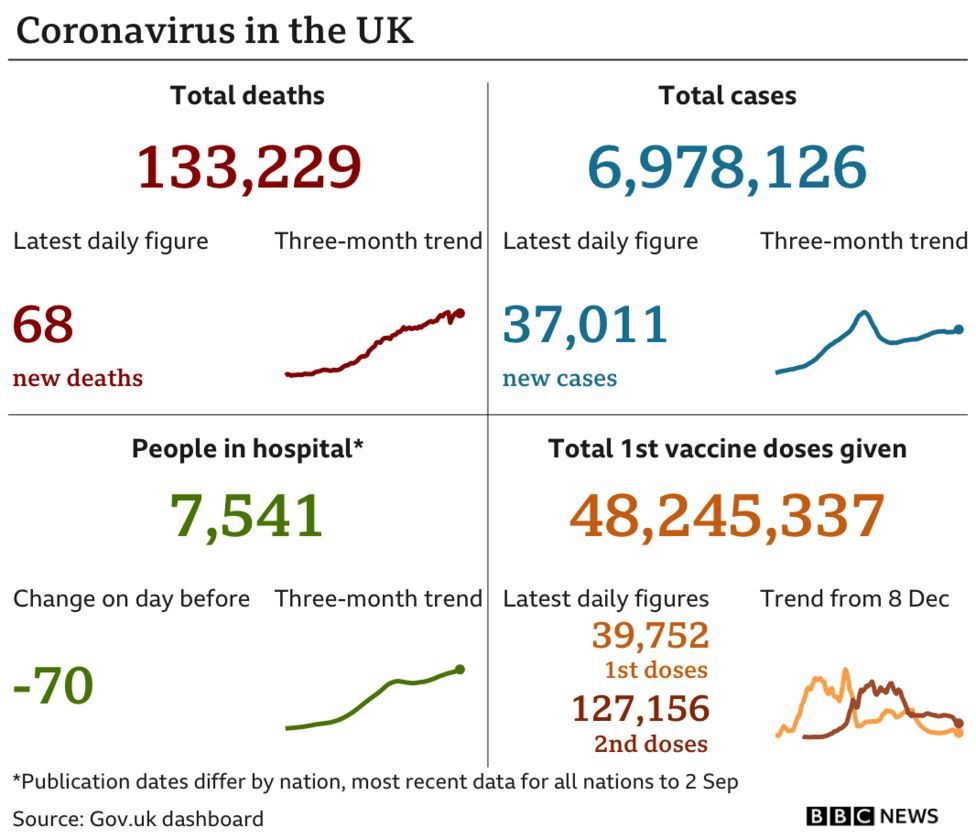