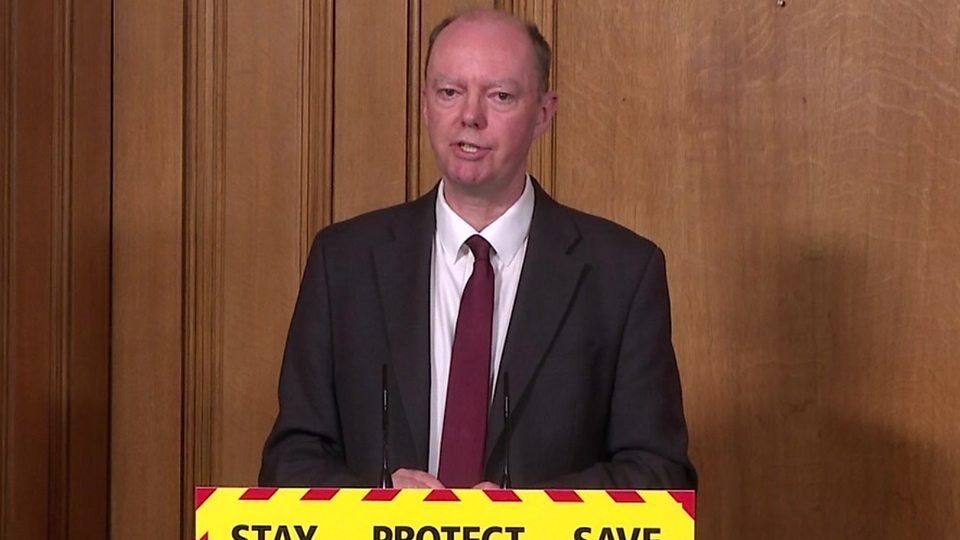 The number of daily coronavirus deaths in the UK is likely to come down "relatively slowly", England's chief medical officer has warned.

Prof Chris Whitty said the UK was going to see "a lot more deaths" over the next few weeks before the effects of the vaccination programme were felt.

Current restrictions were "just about holding" in lowering infection rates, he told a Downing Street briefing.

It comes as the UK surpassed 100,000 coronavirus deaths on Tuesday.

A further 1,631 deaths within 28 days of a positive test were recorded in the daily figures.

And 20,089 coronavirus cases were reported on Tuesday, continuing a downward trend in the number of UK cases seen in recent days.

Prof Whitty told a Downing Street news conference the rolling seven-day average for deaths was 1,242 - "an incredibly high number" - and unlikely to come down quickly.

"I think we have to be realistic that the rate of mortality, the number of people dying a day, will come down relatively slowly over the next two weeks - and will probably be flat for a while now."

Prof Whitty said the number of people testing positive for coronavirus was "still at a very high number, but it has been coming down".

But he cautioned against relaxing restrictions "too early", as Office for National Statistics data showed a "rather slower" decrease.

The number of people in hospital with Covid-19 in the UK had "flattened off", he said, but was still an "incredibly high number" and "substantially above the peak in April". 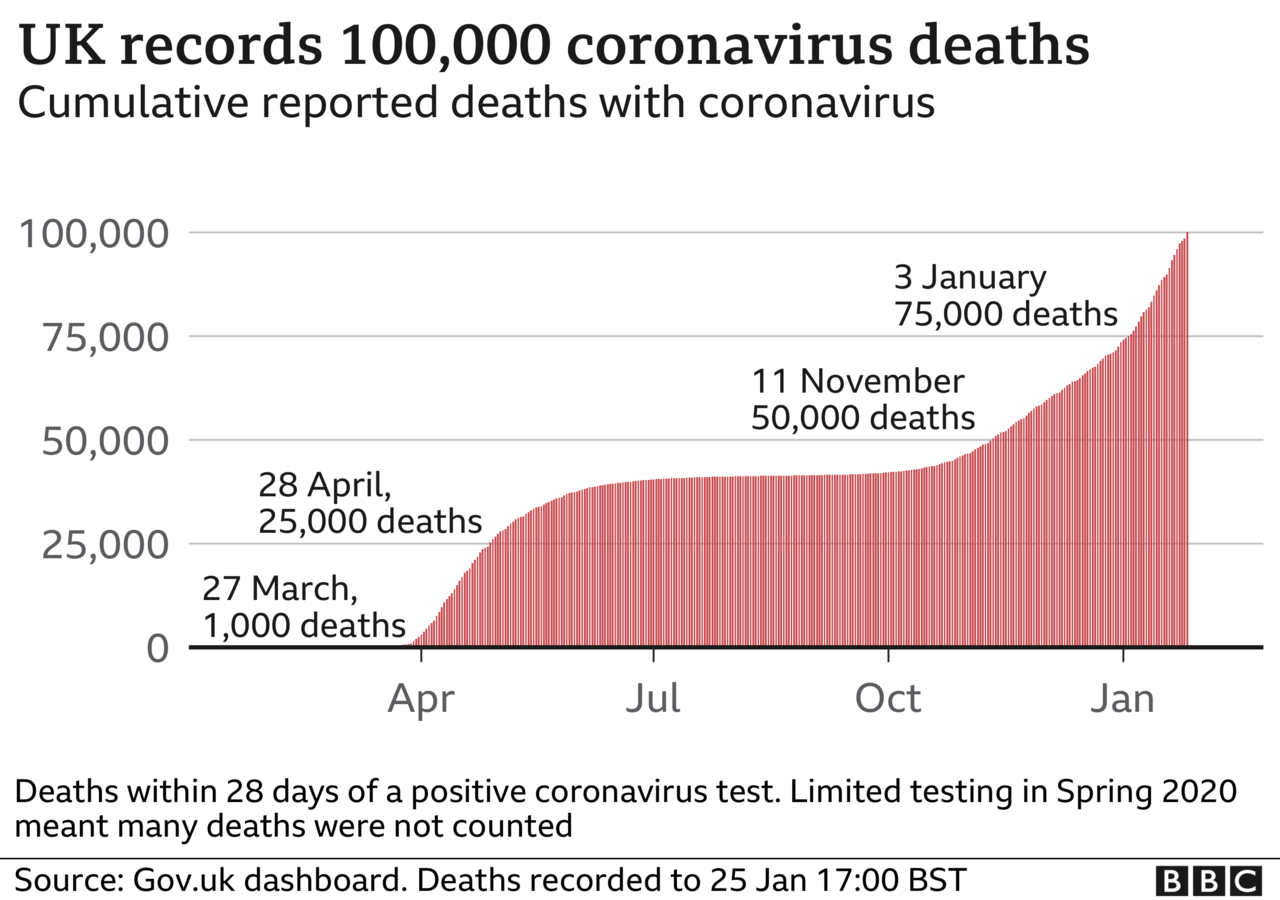 Prof Whitty said the new, more transmissible variant discovered in the south east of England at the end of last year had altered the UK's situation "very substantially" and had made it "much harder" to bring infection levels down.

"We were worried two weeks ago that the measures we have at the moment were not enough to hold this new variant," he told the news conference.

"I think what the data I showed you at the beginning of the slide sessions shows is that the rates are just about holding with the new variant, with what everybody's doing.

"It's going to be much harder because of this new variant and I think we have to be realistic about that."

Sir Simon Stevens, chief executive of NHS England, said that more than a quarter of a million severely ill coronavirus patients have been looked after in hospital since the pandemic started last year.

"This is not a year that anybody is going to want to remember nor is it a year that across the health service any of us will ever forget," he said.

The daily Covid figures have seen the number of deaths top 100,000. But they also contain some signs of hope.

It is a sharp fall, although Prof Whitty cautions it may actually be a little slower than that.

Not everyone who is infected comes forward for testing and the government surveillance programme which involves random testing of the population suggests the fall has not been quite so great.

Nonetheless, it is clear the infection rate is coming down - and that offers hope.

Hospital cases have plateaued and should soon start falling. That will eventually lead to a reduction in the number of deaths.

Then, in February, the vaccination programme should start having an impact, leading, hopefully, to a rapid drop in deaths.

Prime Minister Boris Johnson told the briefing the coronavirus infection rate remained "pretty forbiddingly high" to ease lockdown restrictions, which have been in place in England since 5 January.

But he said "at a certain stage we will want to be getting things open".

He added: "What I will be doing in the course of the next few days and weeks is setting out in more detail, as soon as we can, when and how we want to get things open again."

Under the national lockdown, people in England must stay at home and only go out for limited reasons - including for food shopping, exercise, or work if they cannot do so from home. Similar measures are in place across much of Scotland, Wales and Northern Ireland.

Meanwhile, the epidemiologist whose modelling prompted the UK government to impose the first lockdown has told BBC Radio 4's PM he believes more action in autumn last year could have "drastically reduced" the number of lives lost in the second wave - some 60,000.

Prof Neil Ferguson said: "They couldn't have been eliminated, but they could have been drastically reduced by earlier action, unfortunately.

"How much is difficult to judge, the new variant was unpredictable and did change our understanding of how much was needed to control spread, but we did just let the autumn wave get to far, far too high infection levels."

Reacting to the UK's death toll, Mr Johnson said he took "full responsibility" for the government's actions, but added: "We truly did everything we could."