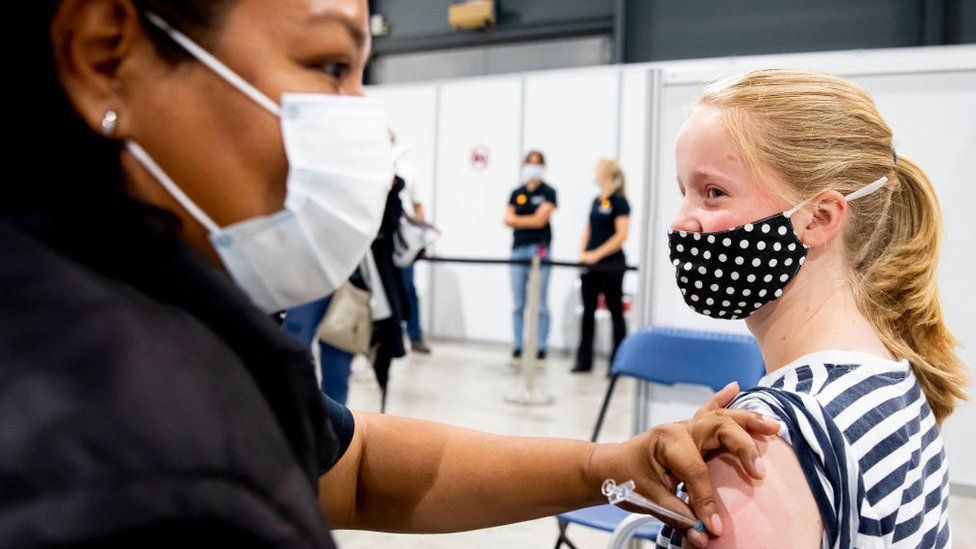 NHS organisations in England have been told to prepare for a possible extension of the Covid vaccination programme to all 12 to 15-year-olds.

Any change to the rollout next month will be dependant on a recommendation from experts on the Joint Committee on Vaccination and Immunisation (JCVI).

Jab offers in this age group only now go to people living with a vulnerable adult or certain health conditions.

The Department of Health said no decisions had been made.

But it confirmed that planning for a range of scenarios was taking place to ensure all eventualities were prepared for.

Earlier this month, the JCVI advised that all 16 and 17 year olds should be given a first dose of a vaccine. Unlike older age groups, no second dose is being scheduled.

The committee, which advises all four UK nations, has not made its final decision on whether the 12 to 15-year-old age group should be vaccinated.

The US, Canada, France and the Netherlands are among the countries which are already vaccinating children aged 12 and over.

The JCVI is weighing up the arguments on whether such a move should be made in the UK.

Experts are assessing the risks and benefits to children of vaccination and how much it might slow the wider spread of the virus.

One JCVI member, Prof Adam Finn, told Sky News this week that the committee was taking a "very cautious" approach.

It comes as UK Covid infection levels have been rising again, with more than 30,000 new cases confirmed each day in the last week.

The latest government data on Wednesday showed there had been a further 35,847 lab-confirmed cases, and 149 people had died within 28 days of a positive test.

The extension to the vaccination programme being planned for would coincide with the start of the new school year.

Prof Mike Tildesley, an infectious disease modeller at the University of Warwick, says September will be a crucial moment in the pandemic, when pupils are back in classrooms across the whole of the UK and people return to offices after the summer holiday.

A record number of daily Covid cases announced in Scotland on Wednesday was said to have been partly fuelled by the return of schools after the break.

Meanwhile, secondary school pupils in England are being urged to get tested before the start of the term and vaccinated if they have been invited for a jab. 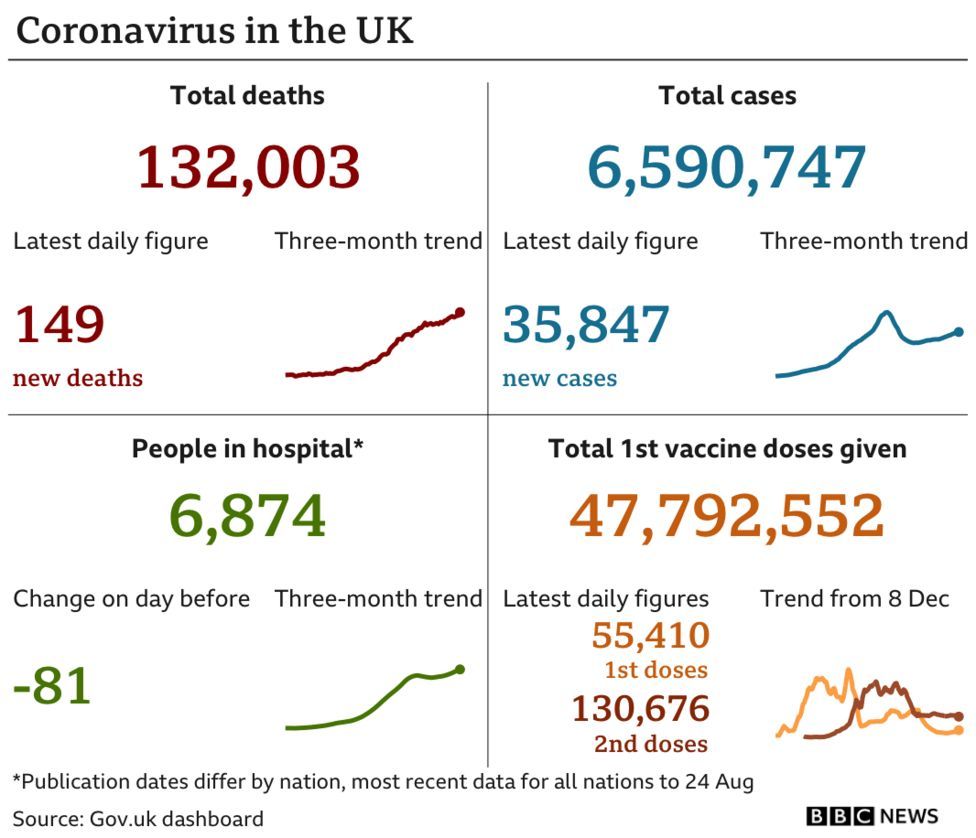