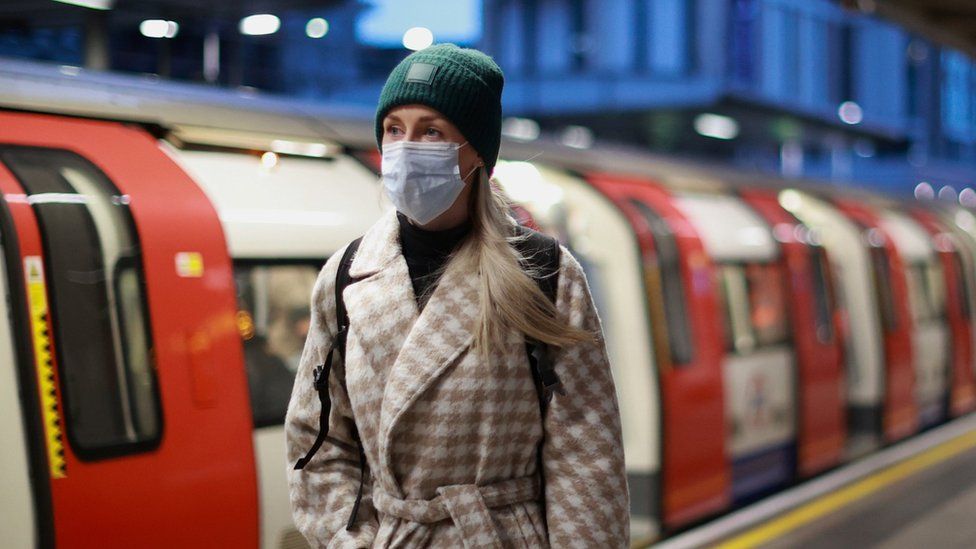 A major incident has been declared in London and more than 10,000 new Omicron cases have been confirmed in the UK, as the variant surges across the country.

A further 90,418 daily Covid cases have been reported across the UK on Saturday, after days of record highs.

London Mayor Sadiq Khan said the major incident in the capital showed "how serious things are".

Ministers received a briefing on the latest Covid data on Saturday afternoon - with a meeting of the Cobra emergency committee due to be held this weekend.

Restrictions "similar in scale to the national lockdown" would be required to keep hospital admissions from Covid below previous peaks, modelling advisers to the government said, in newly-released minutes.

Without intervention beyond current Plan B rules in England, hospitalisations could reach 3,000 a day, members of the Scientific Advisory Group for Emergency (Sage) added.

Latest daily data showed 900 patients with Covid were admitted to hospital in the UK.

The advisers said indoor mixing was the "biggest risk factor" for the spread of Omicron, and that large gatherings risked creating "multiple spreading events".

They warned delaying the introduction of stricter measures until 2022 would "greatly reduce the effectiveness of such interventions and make it is less likely that these would prevent considerable pressure on health and care settings".

A huge and difficult decision is about to be made - to continue as we are or to impose new restrictions.

Omicron is spreading rampantly with the number of people infected doubling every two days.

Even though vaccines will undoubtedly protect many, the sheer scale of the wave is the threat.

The government has been presented with, at times grim, estimates of what could happen in the coming weeks.

Its science advisers warn continuing with Plan B could lead to the number of people being infected each day peaking between 600,000 and two million, which could put the NHS under intense pressure.

The advice says scenarios ranging from lockdown with schools open to restrictions on indoor gatherings and reducing the number of people we can meet could temper the wave.

The hope is any further restrictions would be short lived - either relaxed if Omicron proves to be less of a threat than feared or used to buy time for everyone to get a booster vaccine.

Omicron is still shrouded in uncertainty - the estimate of deaths under Plan B is incredibly wide, ranging from 600 to 6,000 a day.

But the problem is there is little time to find out more as cases are increasing so rapidly.

Current Plan B rules for England include Covid passes for certain events, face masks in more places and people being urged to work from home if they can.

Other nations of the UK have similar rules - and Scotland has gone further by asking people to limit social contact to three households at a time in the run-up to Christmas.

Wales has also ordered nightclubs to close from 27 December. 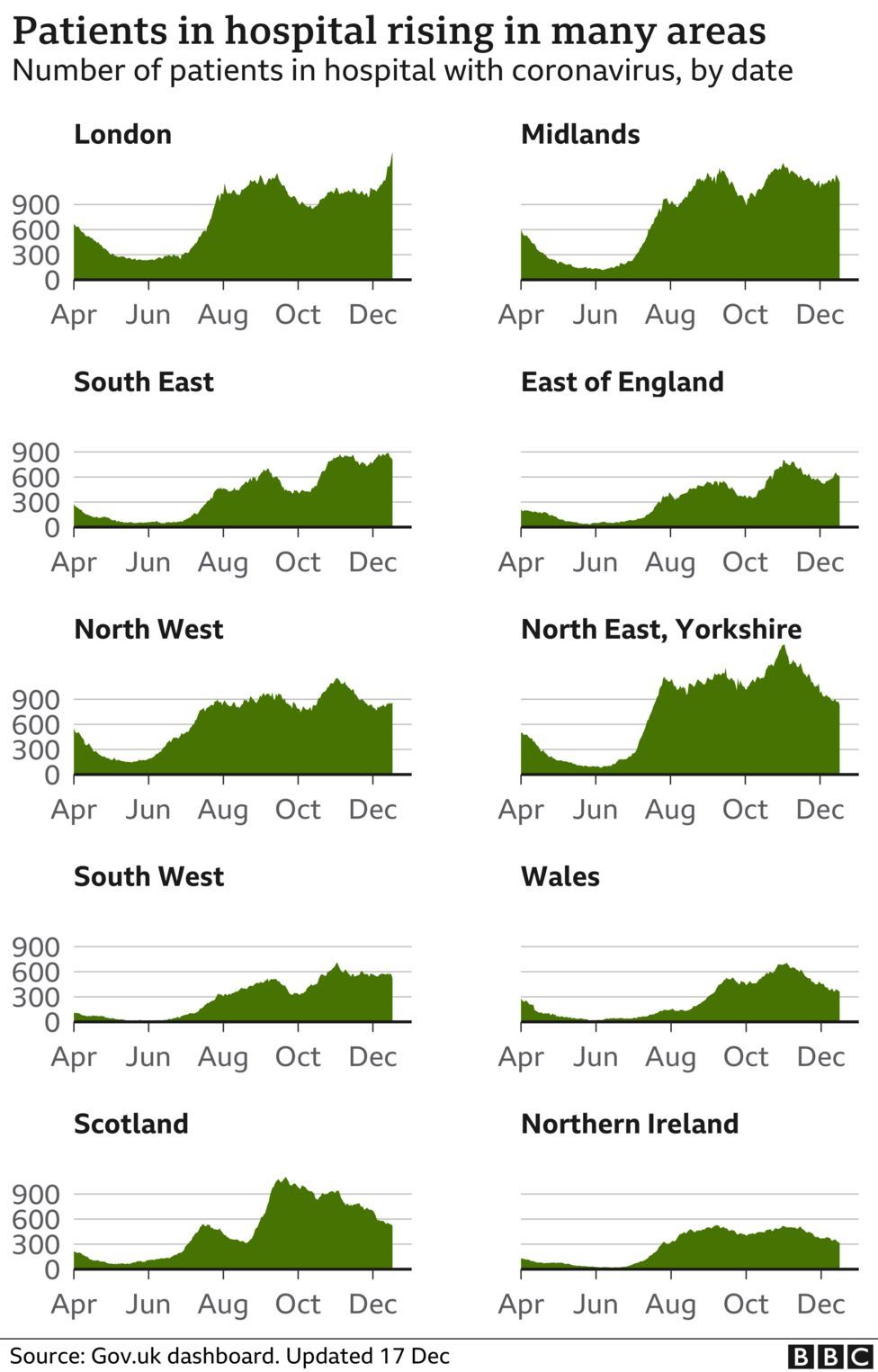 Sadiq Khan said record cases in London were having an impact on staff absences for the capital's emergency services.

The mayor said NHS trusts, councils, the fire service, police and City Hall were "incredibly concerned by the huge surge in the Omicron variant".

In this context, the major incident status would allow organisations to work more closely together, he added.

Meanwhile, police officers suffered minor injuries during "scuffles" at a protest against coronavirus restrictions at Westminster. 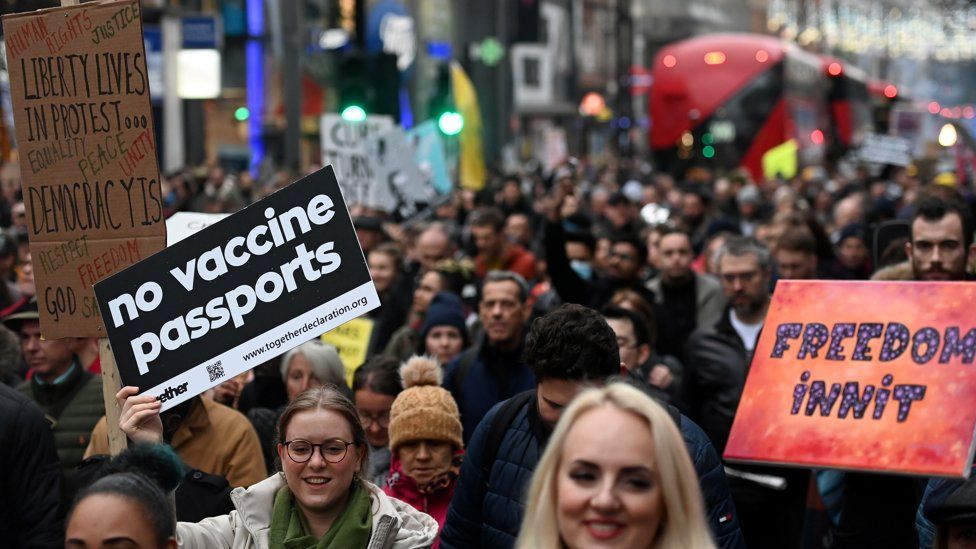 Protesters gathered in central London on Saturday, with many calling for an end to all coronavirus restrictions

Omicron is now thought to now be the dominant variant in England and Scotland, replacing Delta.

The UK Health Security Agency confirmed seven people with Omicron have died so far in England.

Saturday's data - which included the second-highest number of cases since mass testing began last year - also saw another 125 deaths recorded within 28 days of a positive test, down slightly on a week ago.

Meanwhile, over 800,000 booster doses were reported for the second consecutive day on Saturday, with 817,625 third jabs. 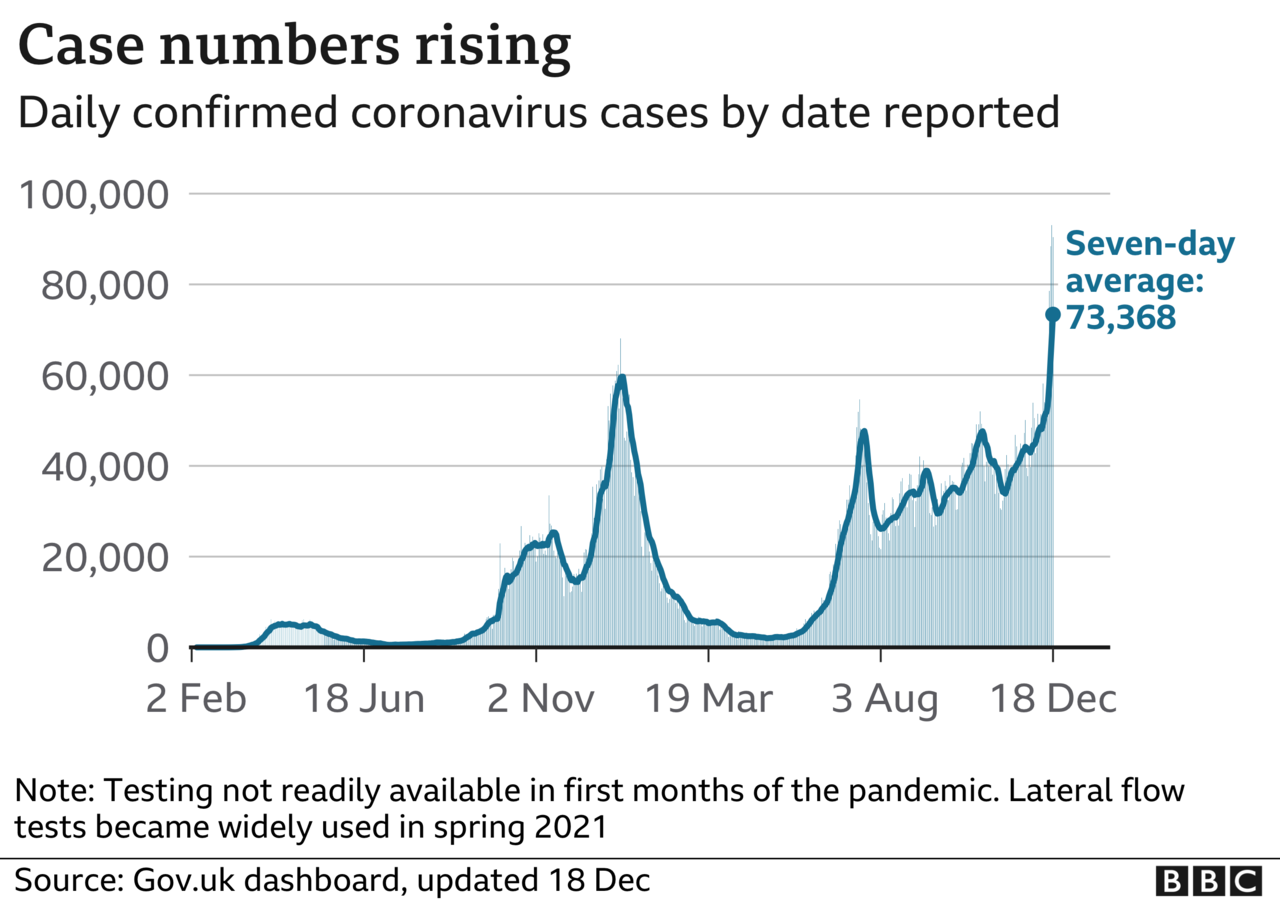 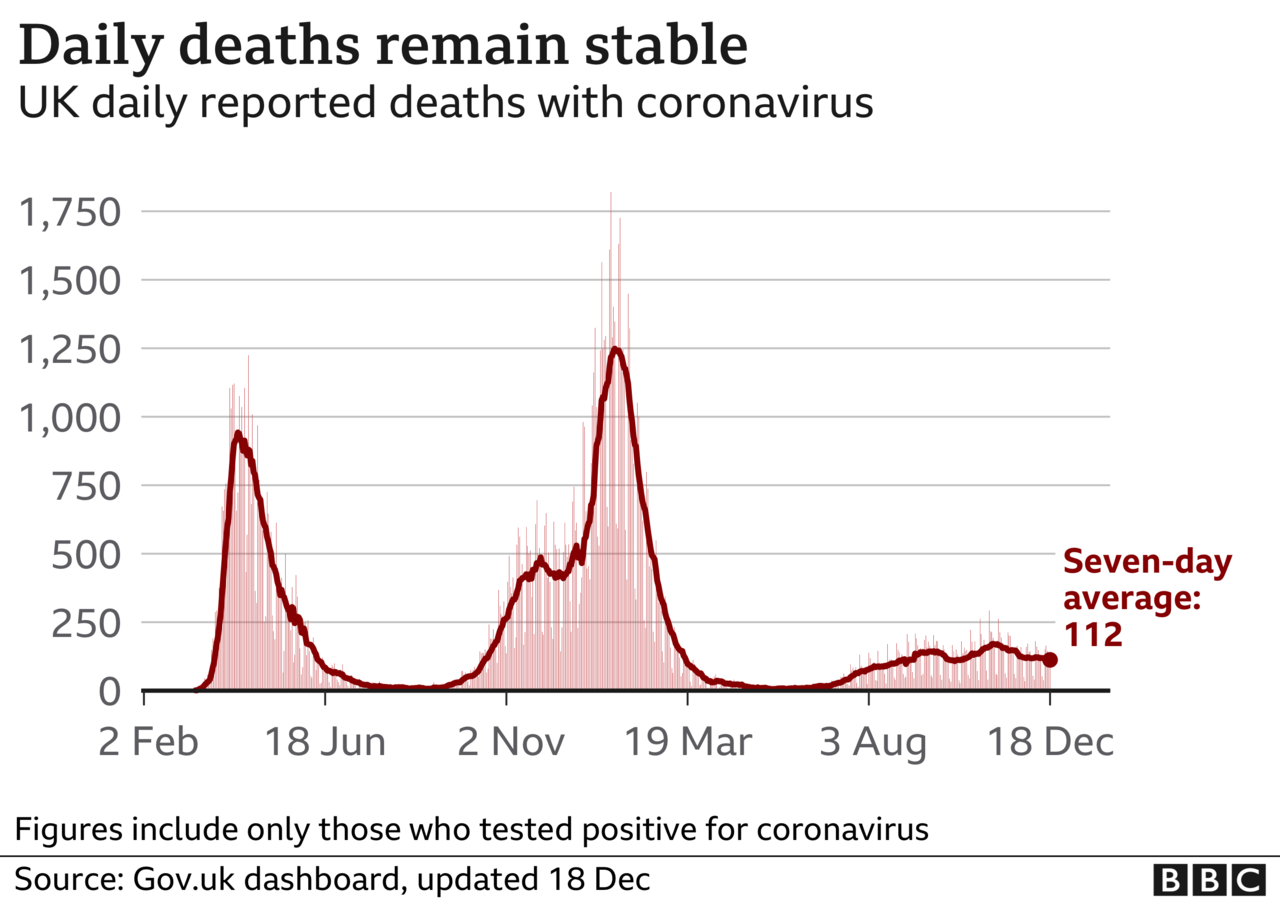 The Liberal Democrats said the government needed to "come clean with the public about what Omicron means for Christmas".

The party's health spokesperson Daisy Cooper said: "Ministers must act now to protect NHS staff and ensure that urgent NHS services are available to everyone over the Christmas period.

"The government should explain what additional public health protections are needed to bring the NHS back from the brink of collapse, and urgently get support to struggling businesses."

Oh ya 194 days ago
Gee 10.000 cases of the winter cold. Who woulda guested people get colds in the winter