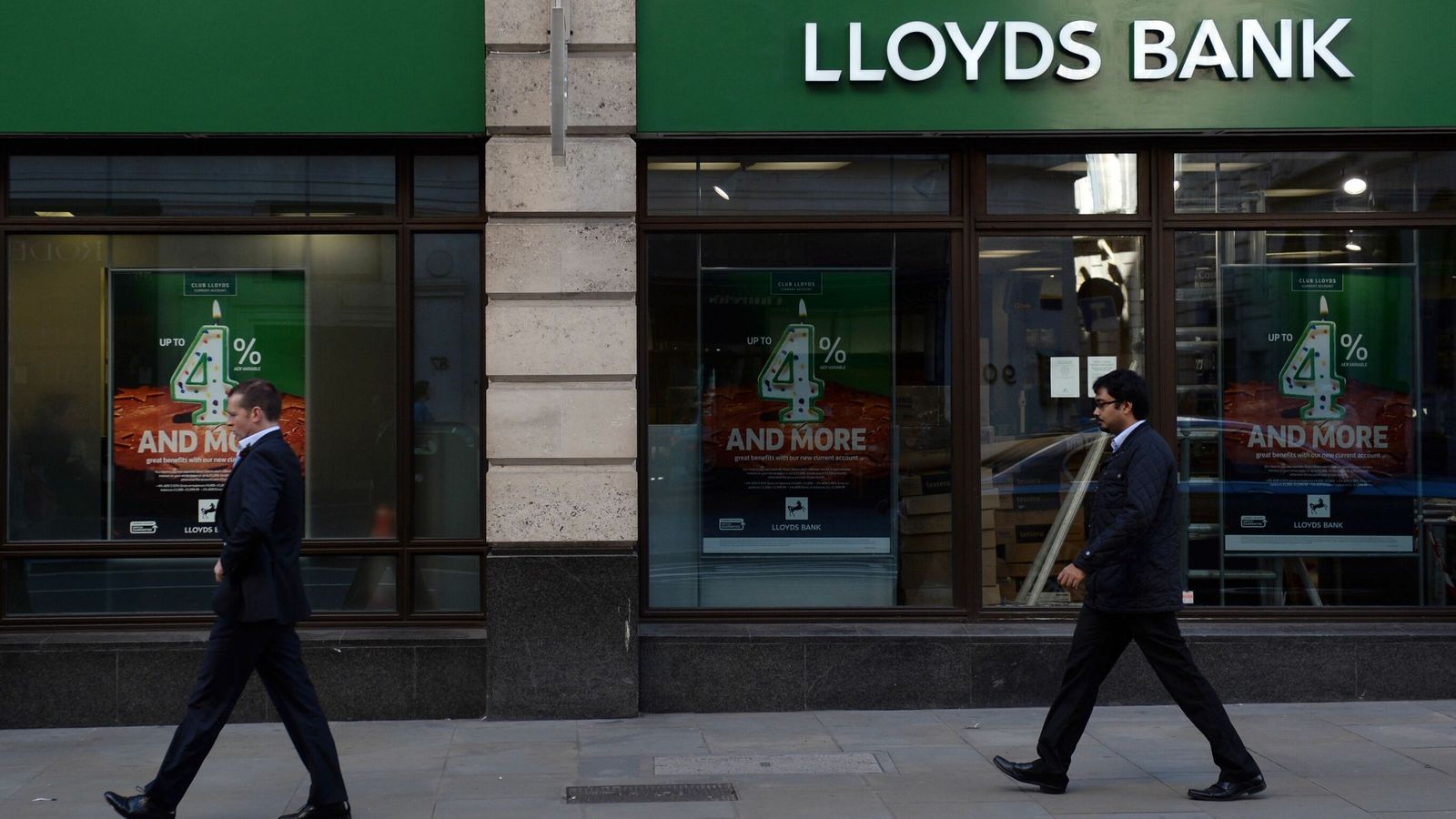 Cost of living: Lloyds offers staff a one-off £1,000 payment to help with bills

Only executives and senior management will be exempt from the payment being offered to staff in August by Lloyds Banking Group.
Lloyds Banking Group (LBG) has offered tens of thousands of staff a one-off payment of £1,000 to help with the rising cost of living.

The country's largest domestic lender said the money would be made available in August, according to a memo seen by Sky News.

It is understood that executives and senior managers would be exempt.

Lloyds had come under pressure to help its lowest-paid workers cope with rocketing inflation, with Unite demonstrating outside its annual general meeting in Edinburgh in May following a vote among its members that rejected the company's pay offer.

The union argued then that Lloyds had rewarded shareholders through dividend payments on the back of record profits but had ignored the needs of bank branch and call centre staff.

It hit out after a survey it carried out found some workers complain they would not be able to sufficiently heat their homes following unprecedented hikes to energy bills.

Others, Unite said, were sacrificing their future retirement plans by stopping pension contributions in the face of mounting inflation - currently at a 40-year high.

The campaign at Lloyds is part of a wider union fight for pay rises in line with the rate of inflation to offset the cost of living crisis. This is evident through the prospect of the biggest rail strike since 1989.

However, the prospect of such awards has alarmed the Bank of England as it frets that high pay awards only fuel inflation in the longer term.

It is understood that 64,182 members of staff across the group - 99.5% of the workforce - will benefit from the payment.

The memo to staff read: "As the rising cost of living continues to impact our people and our customers we've been assessing the evolving outlook for inflation and considering how we can support you even further.

"With that in mind, I wanted to let you know we'll be making a one-off payment of £1,000 to all our people in grades A - G which you'll receive in your August pay.

"This support is designed to help you during these uncertain economic times and is in addition to the steps we've already taken to increase the support available both to you and our customers."

"This victory for Unite's LBG pay campaign is an important step in changing the bank's pay structures.

"Staff will welcome the £1,000 bonus but there is still a long way to go to eradicate low pay in that is one of the economy's most profitable sectors."
Add Comment