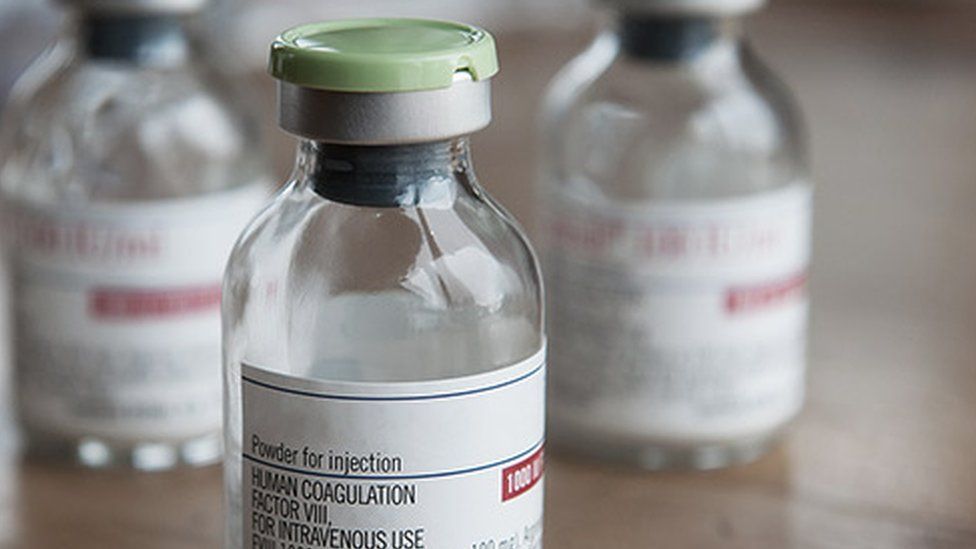 The health secretary will face questions about compensation for victims of the contaminated blood scandal on Friday afternoon.

Matt Hancock will give evidence at a public inquiry into what's been called the worst NHS treatment disaster.

Around 3,000 people have died after being given blood containing HIV and hepatitis C in the 1970s and 1980s.

The government said a new study would set out options for a "fair and effective" compensation scheme.

Ministers announced a public inquiry into the scandal in 2017 after decades of campaigning by victims and their families.

Nearly 5,000 people with the blood disorder haemophilia were infected with potentially fatal viruses after being given a clotting agent called Factor VIII.

Much of the drug was imported from the US, where prisoners and other at-risk groups were often paid to donate the plasma used to make it.

Victims included dozens of young haemophiliacs at a boarding school in Hampshire who died after contracting HIV as a result.

Tens of thousands more victims may have been exposed to viral hepatitis through blood transfusions after an operation or childbirth.

"This is the first time a serving [UK] cabinet minister will have given evidence in front of victims and their families," said Su Gorman, whose husband Steve Dymond died aged 62 in December 2018 of organ failure linked to hepatitis C.

"It should be a time to express regret, address the damage that had been done and acknowledge the government had a responsibility to care for vulnerable patients."

The health ministers of Wales, Scotland and Northern Ireland have also given evidence to the inquiry this week.

Families of victims of the scandal have long fought for annual support payments to be increased and full compensation to be paid.

In March ministers said that families in England who lost relatives as a result of the scandal will receive the same support payments as those in other parts of the UK.

But campaigners say some families have been excluded from the scheme, including children who lost parents to HIV at the time.

The UK government has already conceded that full compensation could be paid in the future, depending on the outcome of the inquiry.

That is likely to pave the way for much larger payments covering lifetime loss of earnings and ongoing care costs.

In evidence this week the inquiry was told about a letter sent last September by Ms Mordaunt to Rishi Sunak, the chancellor, saying it is "inevitable" that the government would need to provide substantial compensation.

"The costs are likely to be high, and I firmly believe that we should begin preparing for this now - before the inquiry reports," the letter said.

The government has now appointed the retired barrister Sir Robert Francis to carry out a study looking at different options for compensation, and to report back with recommendations, before the inquiry publishes its conclusions. 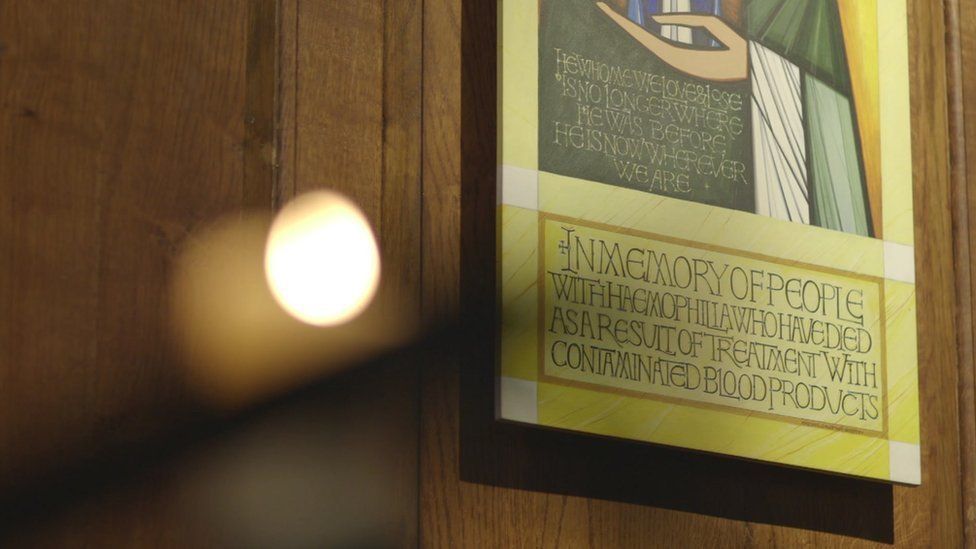 But campaigners have been calling for the health secretary to go further and make a firm commitment to full compensation in his evidence to the inquiry.

"Matt Hancock has the opportunity to do the right thing and give the community of survivors the commitment to substantial compensation that they have always deserved," said Ian Green, the chief executive of the Terrence Higgins Trust.

"There are too many wives without husbands, children without parents and parents without children because of the catastrophic impact that contaminated blood products still have years after they stopped being used."

The public inquiry, led by Sir Brian Langstaff, has been examining the circumstances surrounded the contaminated blood scandal since 2018.

Hundreds of people who were infected with HIV and hepatitis C or their family members have already given evidence, with hearings held at sites across the UK.

The inquiry is examining how and why the infections occurred, what was known at the time about the risks of the treatments, and whether patients were given sufficient warnings about the dangers involved.

Evidence hearings are scheduled to continue into next year with a final report likely to be published in 2022 or 2023.